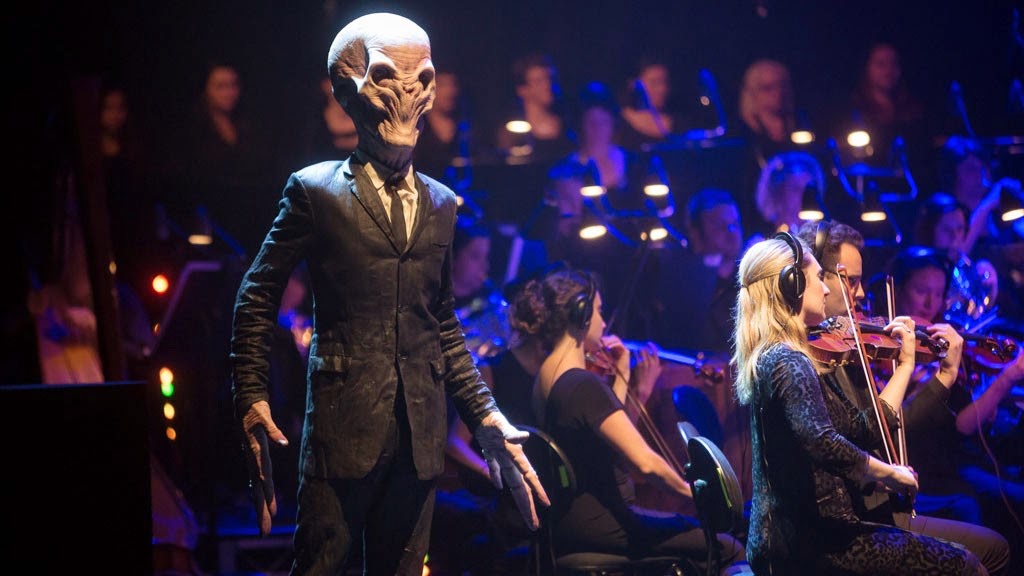 The Doctor Who Symphonic Spectacular is finally making its way to the United States! Two performances have been announced for the Barclays Center in Brooklyn, New York on Wednesday, October 7, 2015.

The first show is scheduled for 3pm, while the second will be at 7:30pm. Both performances will be hosted the latest incarnation of The Master, Michelle Gomez. Here's what she had to say about hosting this special event:

I was a big fan of Doctor Who before I joined the cast, and I love Murray Gold's powerful and emotional soundtracks for the series. This live show has been a big hit with fans of the series in other countries, and I know that Doctor Who fans in North America have been waiting for their turn to see it. I'm so excited to be presenting the first-ever American performances, and to be doing this in the city that has become my home. I can't wait 'til this fall to see how the amazing U.S. audience reacts to the show being staged in the Big Apple. I'm honored to be a part of it.


The show features over 100 musicians and vocalists, in addition to Daleks, Cybermen, Judoon, Whispermen, and more! The performances will be conducted by Ben Foster and will be accompanied by big screen highlights of the best the last ten years of Doctor Who.

One can only hope that this is a jumping off point for a more extensive tour of the U.S. (Hint: Chicago!)