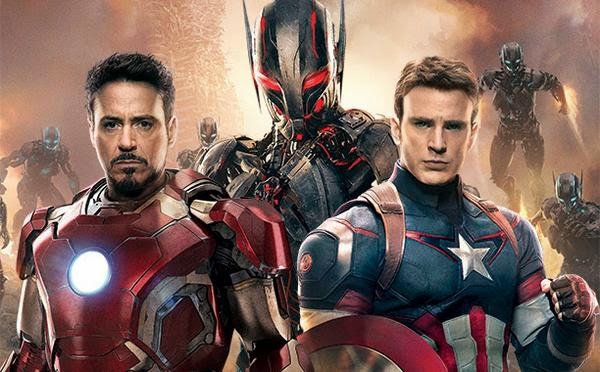 Avengers: Age of Ultron is the second movie featuring The Avengers team and it has a huge task of living up to the success and hype of the first offering from 2012.  Age of Ultron sees the return of Iron Man, (Robert Downey Jr) Black Widow, (Scarlett Johansson) Captain America (Chris Evans), Thor, (Chris Hemsworth), Hawkeye, (Jeremy Renner) and The Hulk (Mark Ruffalo.)  This time they go up against what was supposed to be a peace keeping program by Tony Stark but ultimately and inevitably goes wrong and Ultron (our bad guy) is born.  He seems hell bent on wiping out mankind and to do that he unleashes his AI army and even uses an entire city as a weapon.  You'll never guess how. 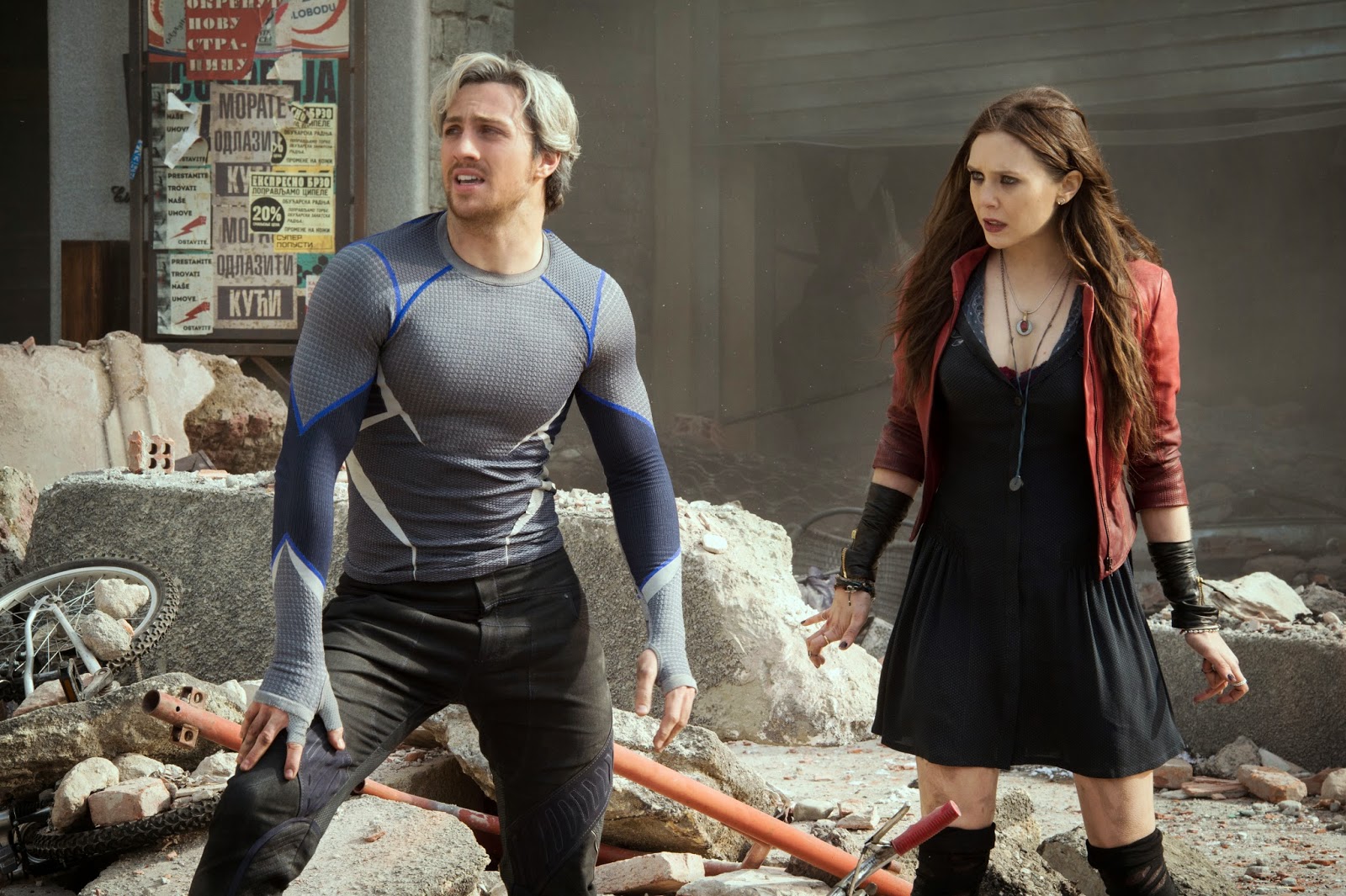 Also showing up in the movie are two new characters, Scarlet Witch played by Elizabeth Olsen and Quicksilver, played by Aaron Taylor-Johnson.  The cast of heroes doesn't actually stop there but I'll leave that for your viewing pleasure.  But with this bloated cast of heroes, is it a matter of too many cooks?  Well thankfully no it isn't.  Each hero has their part in the story and seem to have an important role.  Joss Whedon has been very clever in making each person or hero important to the story in some way.  Yes, even Hawkeye with his limited 'power' has a major role.

Joss Whedon (director and writer) said of Age of Ultron, "It's smaller, more personal, more painful. It's the next thing that should happen to these characters, and not just a rehash of what worked the first time. A theme that is completely fresh and organic to itself."  That's exactly what he's done.  It's certainly not a rehash of the first film but smaller?  It doesn't seem that way.  It's definitely more personal as we find out more about the likes of Hawkeye which was glaringly missing from the first Avengers film.  The script is well written and in particular the banter between our heroes have some real laugh out loud moments, especially Thor with his hammer and Captain America with his 'language' line.

Does it live up to the hype and match the first one?  Yes and no.  Yes it lives up to the hype but no it doesn't match the first one.  I think it's better.  From the opening scene, Age of Ultron gives you no chance to settle.  We are thrust into a battle between Hydra and our Avengers team.  In fact the whole movie moves fast with just the odd scene to gather our thoughts and catch our breath.  It reminds me of a George Lucas paced movie, 'faster and more intense.'  Each set piece seems to be bigger than the last and with James Spader playing a fantastic and at times funny part as Ultron we are led to an end scene which is grander than any scene from a Marvel movie so far.  As mentioned previously, the use of a city at the end of the movie will take you by surprise and the way Ultron plans on using that city is something I can safely say I've never seen before.  Plenty of destruction is ensured. The film runs for 142 minutes and is just the right length.  It doesn't out stay its welcome and left me looking forward to the next instalment in the Marvel universe.  Look out for a role from Star Wars The Force Awaken's, Andy Serkis in a rare role without the need of motion capture.

A heads up on the traditional 'will there be anything at the end of the credits' which is associated with Marvel movies.  You get the 'teaser end bit' straight after the run through of the cast in the credits so there's no need to stay until the very end.  Believe me those credits are long.

Finally I couldn't write this review without mentioning the outstanding special effects from the ever reliable Industrial Light & Magic.  All the effects were top quality as you would expect and this is more important, easy on the eye which a lot of CGI heavy movies these days don't seem to be.

Avengers Age of Ultron certainly delivers in all departments and has instantly become one of my favourites in the Marvel superhero movie stakes.  More please.