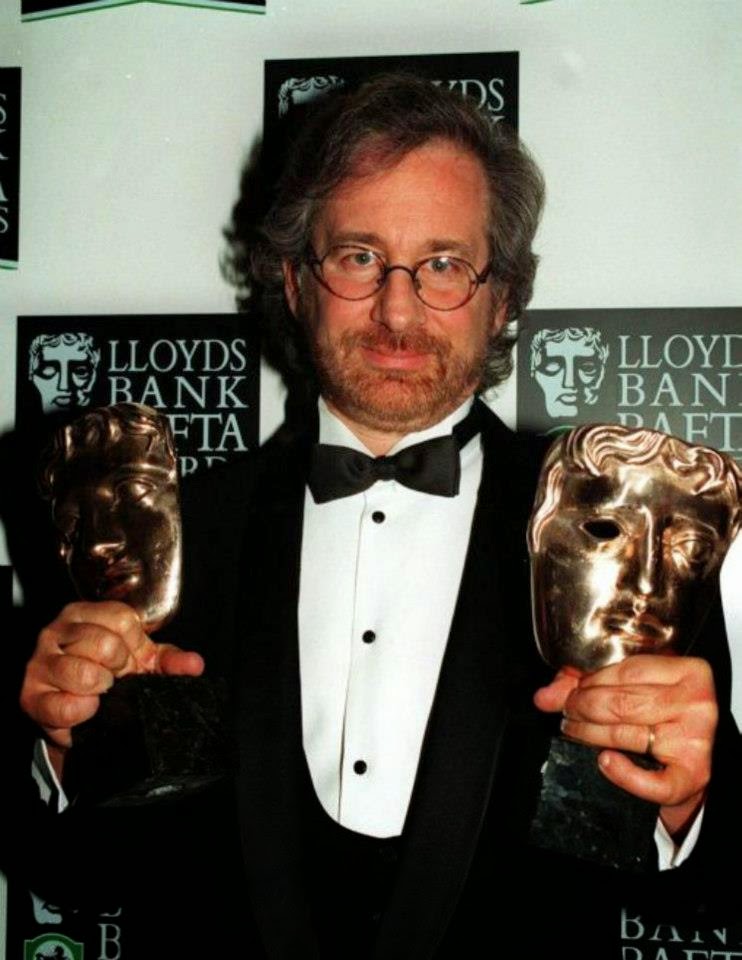 1994 is likely to have been the ultimate year for Steven Spielberg, as far as winning awards.

Audiences world wide had embraced him for over 20 years, but each time he was in the race for an award for his work, he lost out to other (more serious) films and/or filmmakers.

In 1994 however he was not only awarded two B.A.F.T.A.'s (one for Schindler's List being  Best Picture of the Year and the honorary David Lean Award), 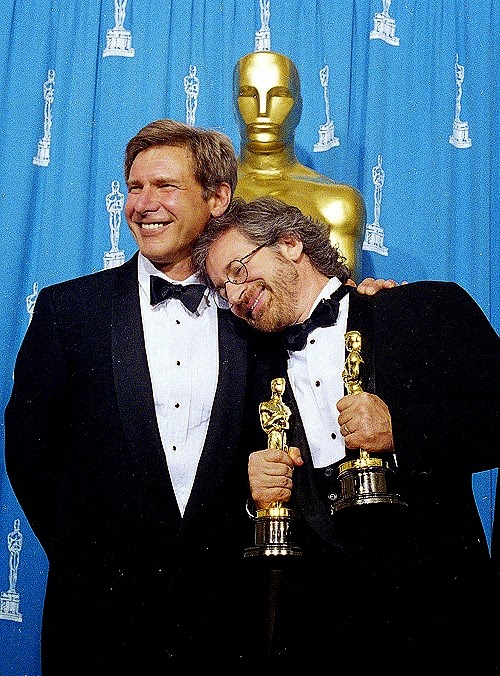 At the Academy Awards Ceremony two of his films were awarded a total of 10 Academy Awards (3 for Jurassic Park and 7 for Schindler's List), of which two were handed over to Spielberg himself (Best Director and Best Picture). 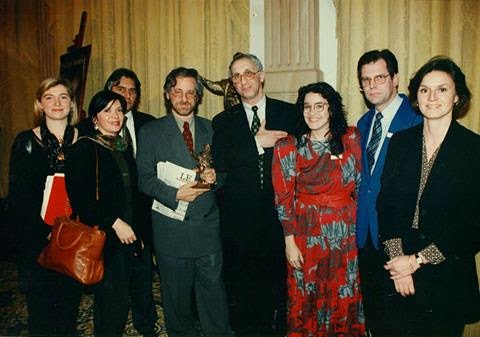 Spielberg with Rembrandt Award,
surrounded by the team of U.I.P. Netherlands.

And when he (finally) visited Holland in 1994 (he attended the gala-opening of Schindler's List in Amsterdam), he was awarded the Rembrandt Award, since the Dutch cinema-going audience had voted him the Best Director.