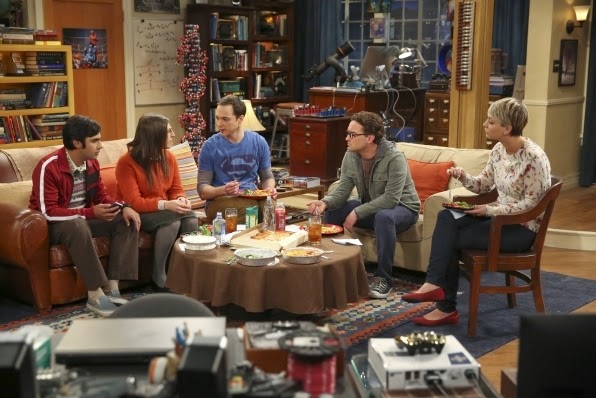 The Big Bang Theory Has A Skywalker Ranch Episode

An upcoming episode of the extremely popular series, The Big Bang Theory will see Sheldon, Leonard and the gang trying to break into Skywalker Ranch to try and grab a glimpse of their idols, mainly George Lucas.  The show returns on April 2nd.

"When Leonard and Sheldon are invited to speak at UC Berkeley, they take a detour to try to meet an idol. Also, when Bernadette and Howard battle over the fate of his Dr. Who TARDIS, Raj and Amy offer to settle the dispute with a game of ping pong."

Guest stars include actor Tate Ellington as Mitchell and actors Michael Dempsey and Mark Barrett, who will play security guards.

It will be interesting to see how they do it and if Skywalker Ranch is actually used.  If you like the sound of this then I would recommend  Kyle Newman's Fanboys where we see a group of Star Wars fans trying to break into Skywalker Ranch to get an early viewing of Star Wars Episode One.