Throwback Thursday: John Williams, back in 1993 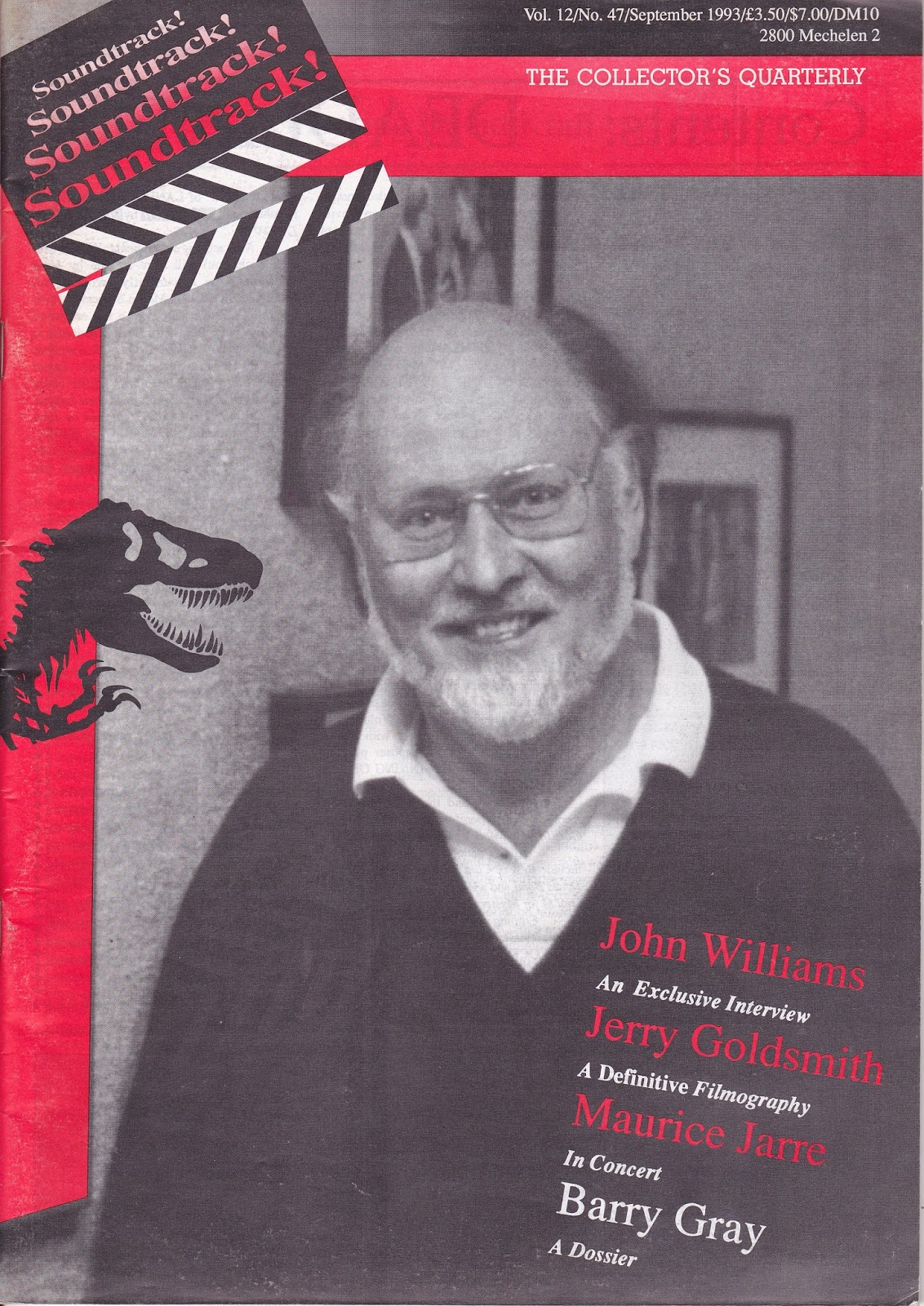 Articles on John Williams aren't as widespread or appear as often as ones on either Lucas or Spielberg, unfortunately. However, they do appear and the have so in the past.

This week I would like to share an interview with you that appeared in a Belgian Magazine called Soundtrack in 1993, coinciding with the release of Jurassic Park in both Belgium and Holland in those days. 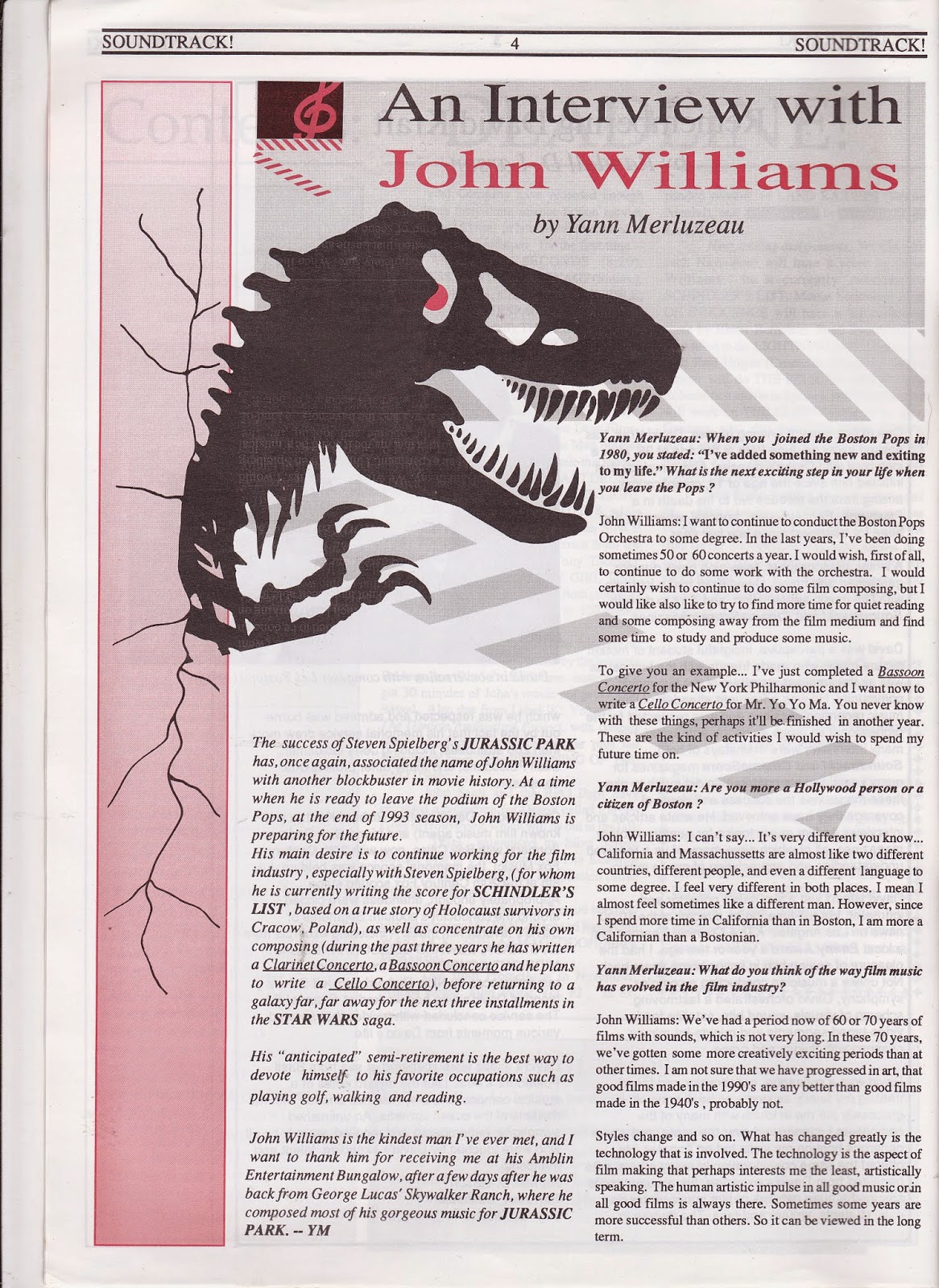 Fortunately it was published in English, so Google Translate won't be needed. 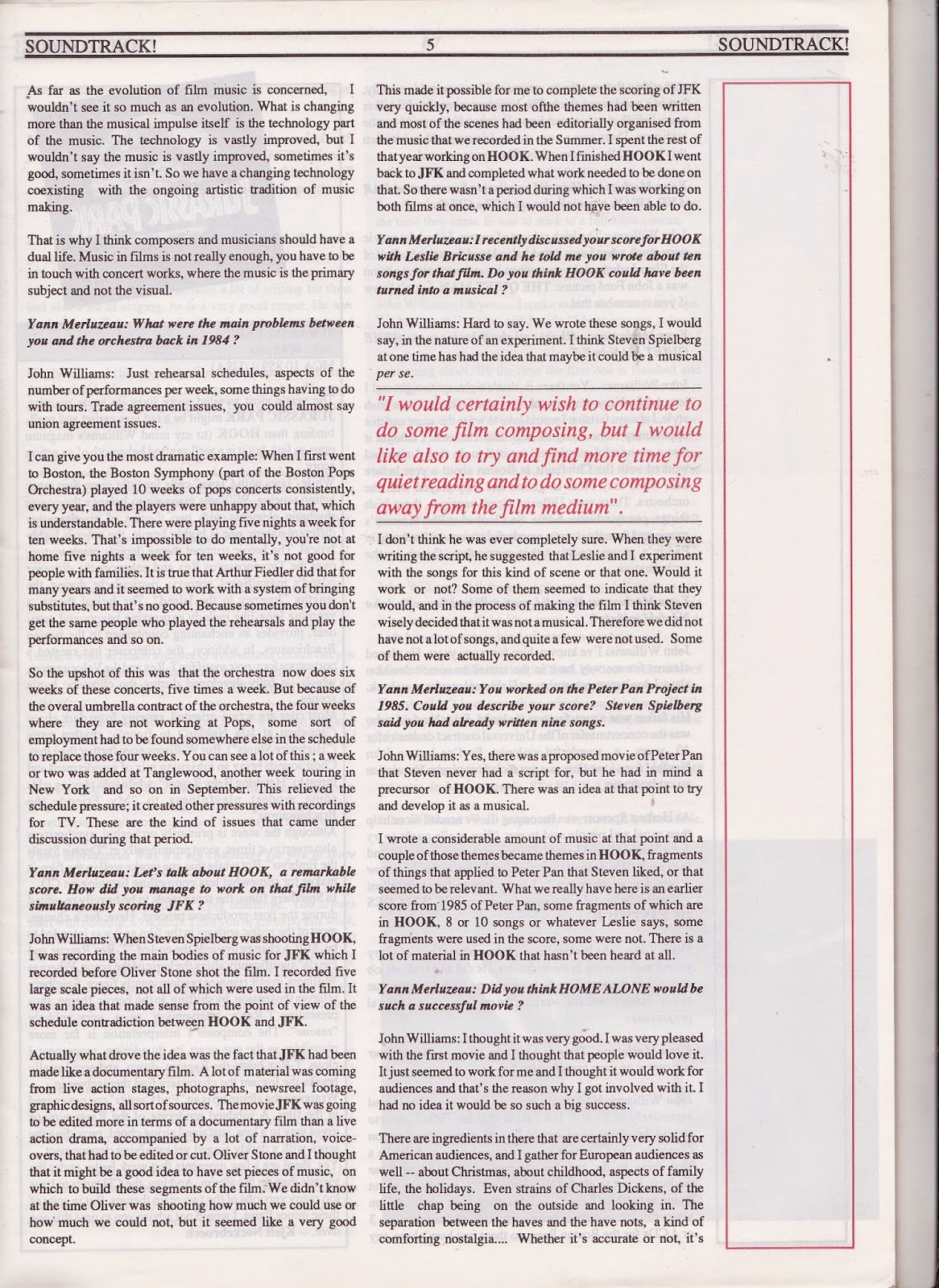 It may be a bit long, but hey, one can never have too much John Williams, right ? 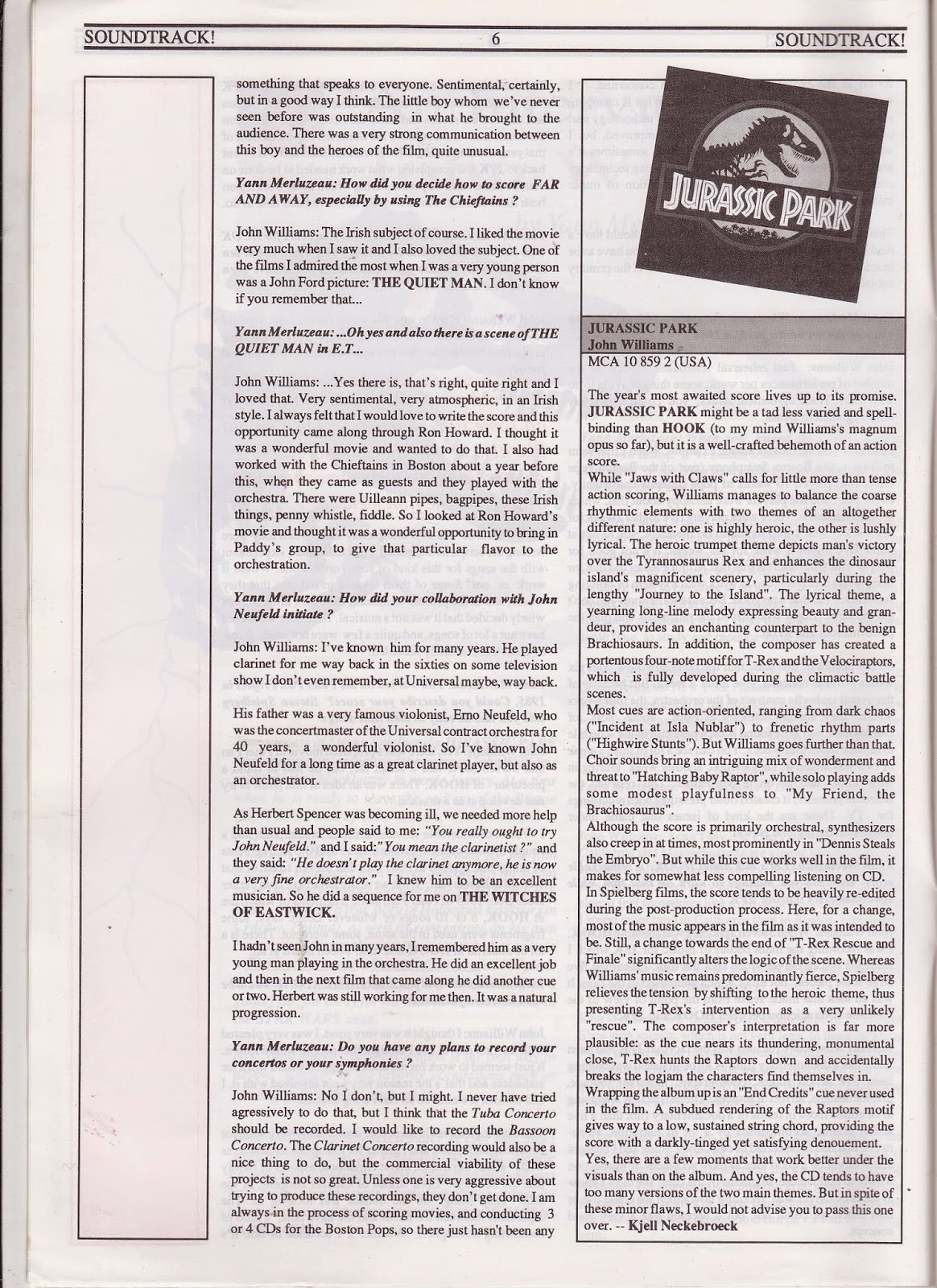 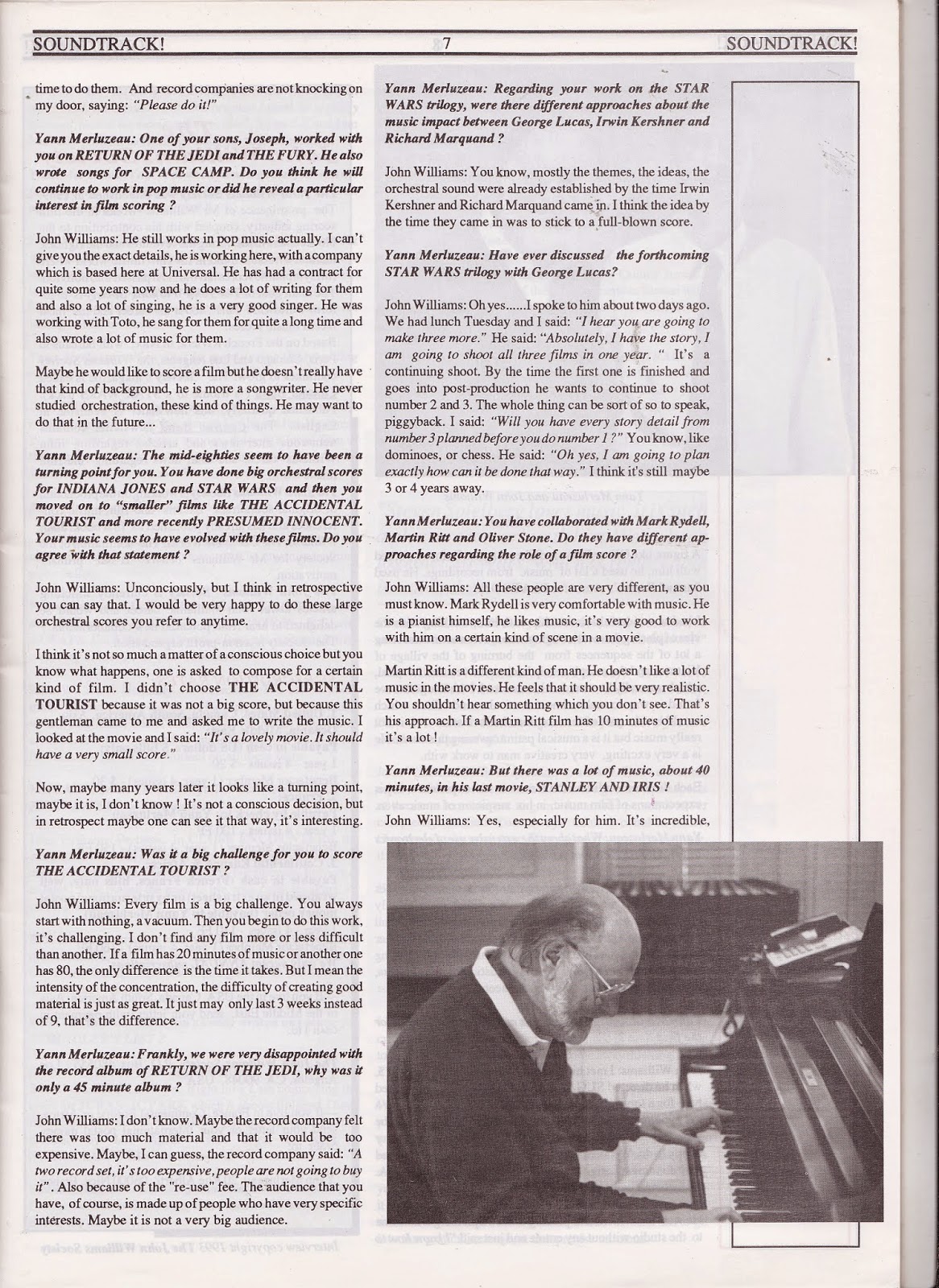 And another evening well spend. 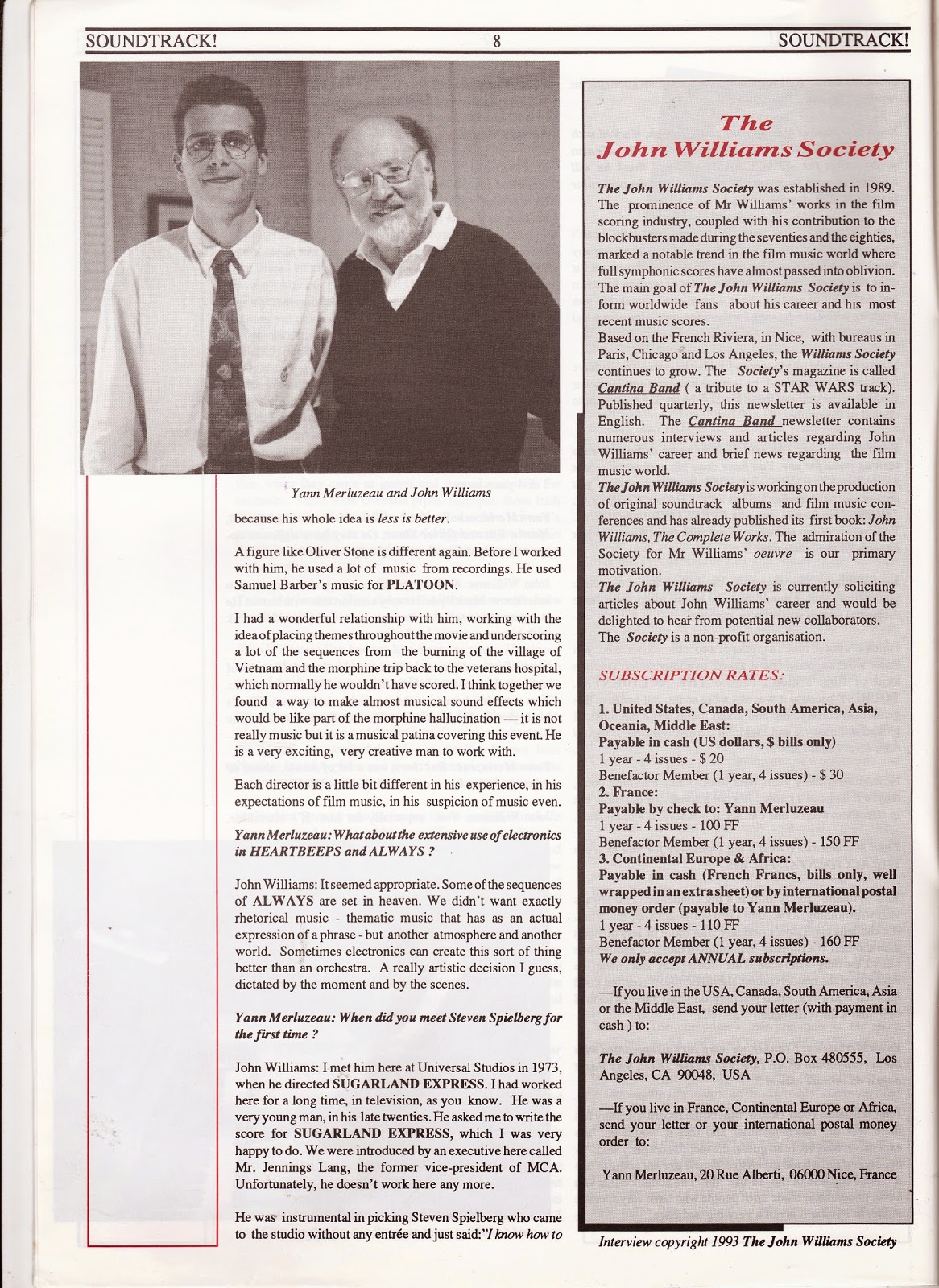 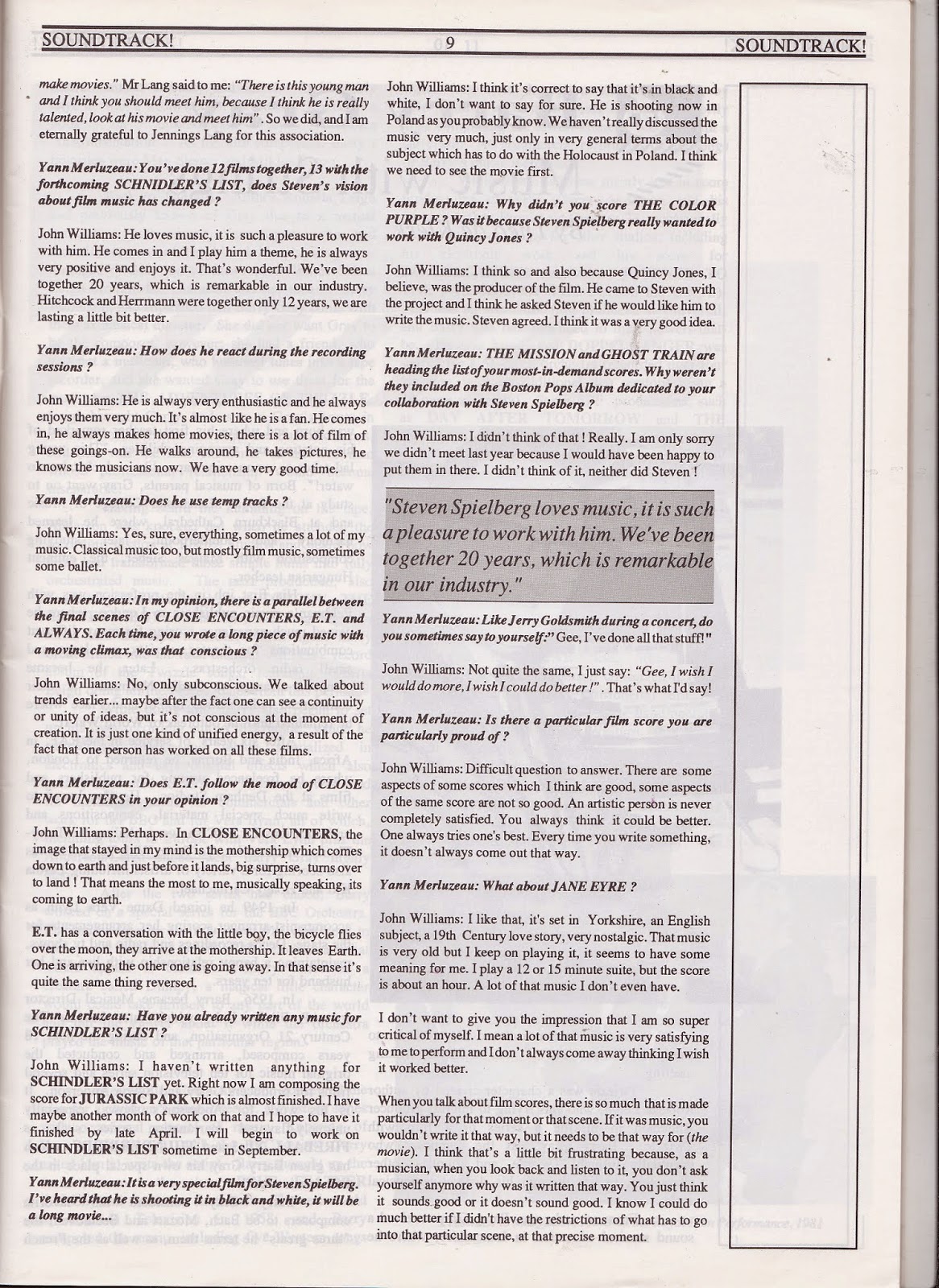 In case you forgot what kind of filmmusic he has produced: