The Devil On Wheels - A New Documentary On Steven Spielberg's Masterpiece, DUEL 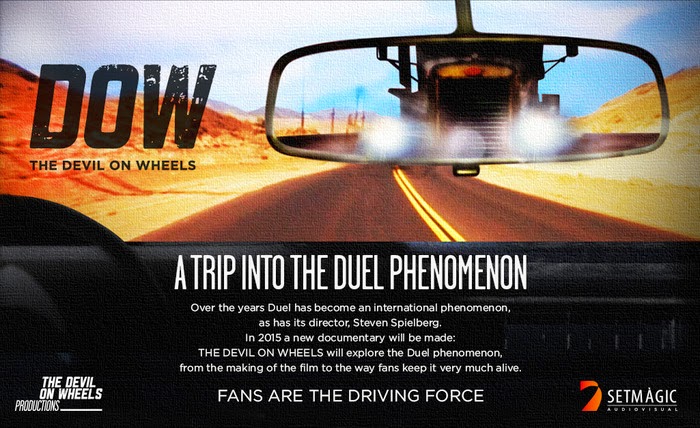 THE DEVIL ON WHEELS.  A TRIP INTO THE DUEL PHENOMENON - A Feature Documentary In The Works.

The Bearded Trio was contacted by Roger Allen a producer for a new and much anticipated documentary on Steven Spielberg's Duel.  Roger along with four other film makers are looking to fly to Los Angeles to find out how a 1971 movie that was made for TV and with no budget has become such a cult movie.  They want to pick up the trail where the movie was shot and as they put it, find out the 'what's, who's and whys' of the Duel phenomenon.  Here's what the guys have to say about Duel and their planned documentary:

We are Duel fans. And we want to put the film in the right place, where it belongs. All other Spielberg’s successes had the whole film industry behind them. Duel did not, but instead it had some driving force with equal or even more significant power; it had the people, it had the film lovers.
That’s passion for movies in pure form. Those are the ones behind the everlasting life of Duel. If it’s just a movie-of-the-week, why so many websites about it? Why so many new artworks based on it? Why has it been referenced in so many films, books, comic books and general media? Why did Alfonso Cuaron use it as a reference to make Gravity? If it’s only a small TV film, why does it stay in the minds of everyone that has seen it? Duel has that kind of magic. That’s why we think its phenomenon deserves a film. And we are here to make it happen. Our mission is clear.

Want to be part of the team that will help place the film where it really belongs? 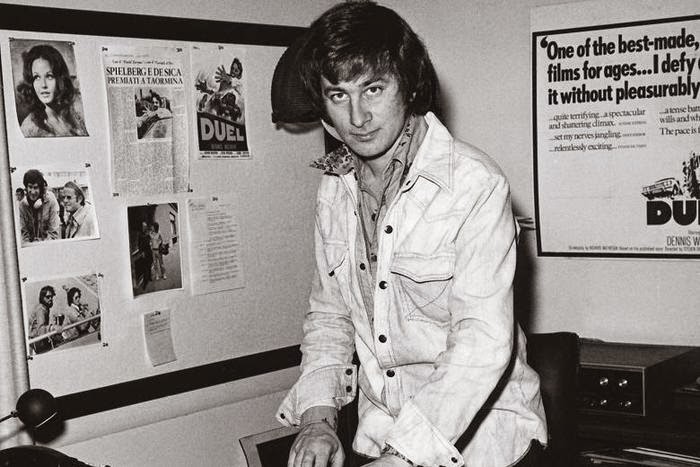 A Kickstarter campaign has started today and the Spielberg fans are looking for your help to get this worthy project on the road (pun intended.)

With your support, the protagonist filmmakers will fly to Los Angeles from different countries and for the next few weeks, Roger (from England), Gab and Luca (from Italy), Manuel (from Spain) and Roger Vicente (from China), plus Enric (the Director, Spanish too), will be crossing the USA exploring the Duel phenomenon. We’re planning to do so driving an exact replica of the star vehicles of the film, a Peterbilt 281 truck and a red Plymouth Valiant, remade by fans for the occasion (although that depends on reaching our first stretch goal, more info later), carrying state-of-the art HD cameras. We'll be making a road movie about a road movie.

The film admirers have shown their esteem for DUEL in many ways: they've built websites in honour of the film; they've created new artwork; they've tracked every camera position from beginning to end; they've made an amazing variety of models of the iconic truck and car; they've even built a mobile restaurant which is an almost exact copy of the truck. IF IN DOUBT, PLEASE CHECK OUR WEBSITE www.thedevilonwheelsmovie.com. Everything is there to be found!

This is a fantastic opportunity for us fans to not only get a quality Duel documentary made by passionate fans, but also an opportunity for you to be part of that passion.  You can help out by heading over to their Kickstarter campaign and donating as little as £5 which will get you a thanks in their making of book and you get to watch the trailer before anyone else.  Not bad for just £5.  They need £60,000 so any donation will be greatly appreciated.  Bigger donations will see you getting signed posters, DVDs, books and even a drive in a replica of the truck from the movie!

We'll be displaying the Kickstarter widget on our front page for the duration of the campaign.  Please get the word out there for the guys and lets spread the word. 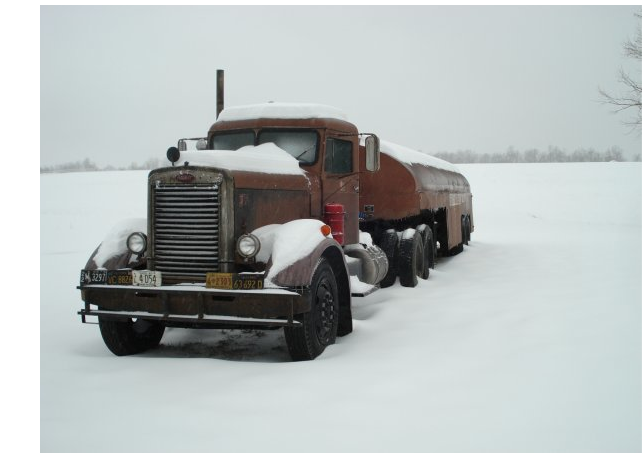