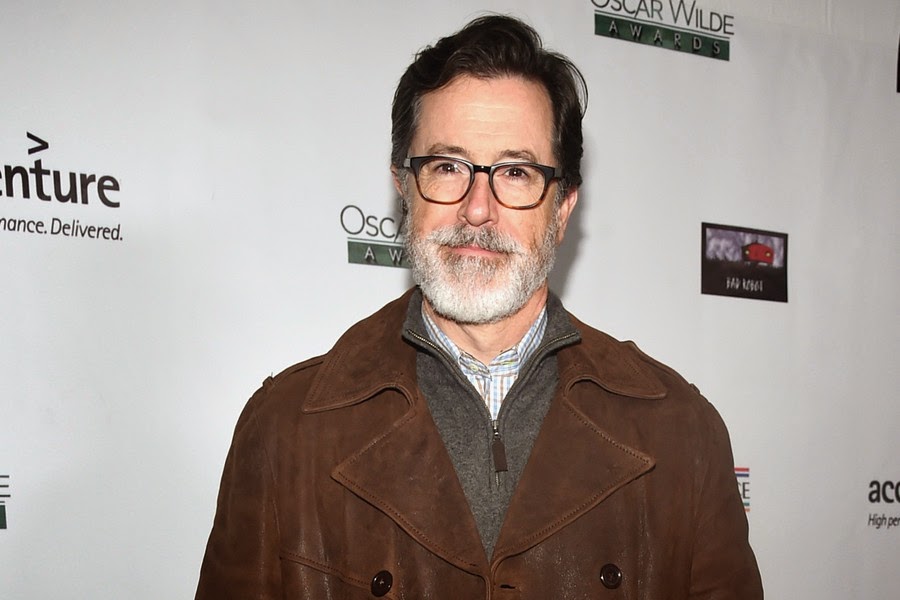 Stephen Colbert will be interviewing George Lucas next month as part of the Tribeca Film Festival.  The subject will most definitely include Star Wars and Indiana Jones.  Colbert has described himself as 'the original fan of Star Wars' so the conversation will be interesting and also intriguing to find out George Lucas's opinion of The Force Awakens.  VanityFair.com tell us:

After shuttering The Colbert Report in December, Stephen Colbert will resurface in New York City next month to interview George Lucas as part of the 2015 Tribeca Film Festival. The conversation—which will traverse subjects including Star Wars, Indiana Jones, and filmmaking—is not only a coup for the Manhattan fest but one for Colbert, who has described himself as “the original fan of Star Wars.” During his time on Comedy Central, Colbert has celebrated the sci-fi franchise by describing his first experience seeing the film in 1977; analyzing the new lightsaber design; battling Jon Stewart in a Star Wars trivia contest; and hilariously hosting Lucas during The Colbert Report’s Green Screen Challenge.

The two will likely discuss the new Star Wars films, the storylines of which Lucas has said he is not creatively involved in. When the Star Wars mastermind sold Lucasfilm to Disney, he gave the studio his ideas for future spin-offs. But in an interview with CinemaBlend last month, Lucas revealed, “The [ideas] that I sold to Disney—they came up to the decision that they didn't really want to do those. So they made up their own.” (The first installment in the trilogy, The Force Awakens, is being directed by J.J. Abrams and stars Adam Driver, Oscar Isaac, Domhnall Gleeson, Andy Serkis, Lupita Nyong’o, plus Star Wars vets Harrison Ford, Carrie Fisher, and Mark Hamill.)