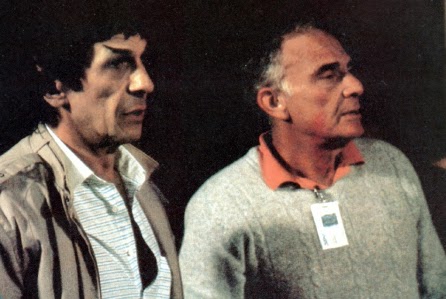 This has been a sad week for Star Trek.  First we lost Leonard Nimoy who played Spock in the original series and now we have lost Harve Bennett.  Bennett teamed up with Nick Meyer for Star Trek II which led to Bennett producing III, IV and V.

Nick Meyer talked about Harve Bennett in an article for Deadline:

“He was a remarkable man and he was unpretentious and self-effacing. I don’t think there would be a Star Trek franchise without him. He rescued it.  He’s endangered of being lost in the shuffle, but he’s the guy who figured it out,” said Meyer, who worked with Bennett on Wrath Of Khan and Star Trek IV: The Voyage Home.

Harve Bennett was also known throughout other famous TV shows as he produced Mod Squad, The Six Million Dollar Man and The Bionic Woman.

He died Wednesday in Oregon. He was 84.