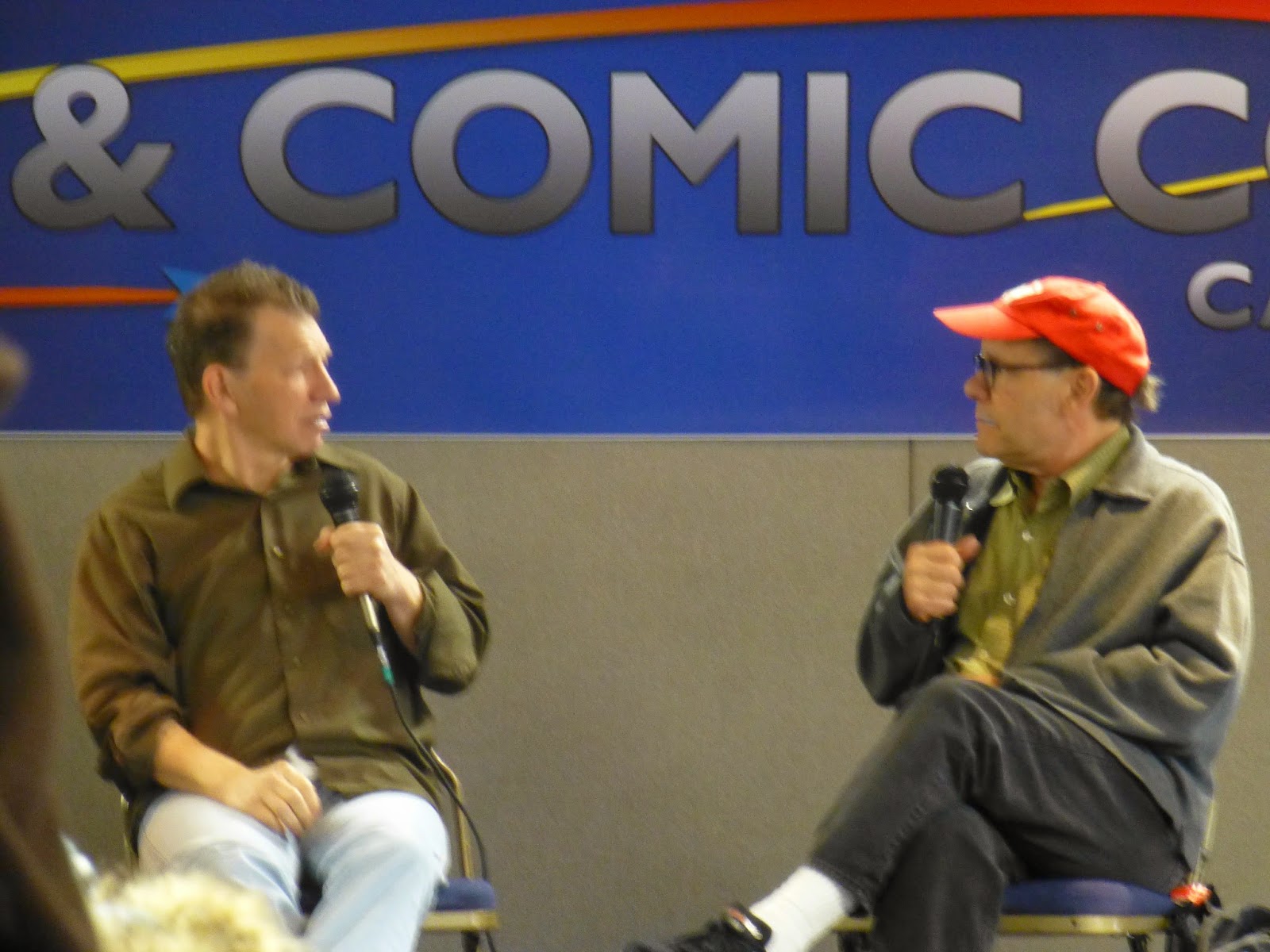 Today I attended the first day of Cardiff Film and Comic Con.  The first talk of the day was a Star Trek one between Deep Space Nine's Max Grodenchik and Star Trek Voyager's Ethan Phillips.  I've recorded the whole show for your enjoyment.  I ask the two the second question.  I was curious to find out the actor's opinion on the ending of each of the series.

What I also love is Max admitting that he would come back in an instance if giving the opportunity and would play Rom for free.  Also I can tell you the reaction on Max's face when Ethan tells him he probably lost out on thousands of dollars was magical.  Definitely doesn't have the lobes for business.

The child you can here from time to time in the background is actually Max's child and introduced her at the end to myself and Rachel.

Hope you enjoy the show.