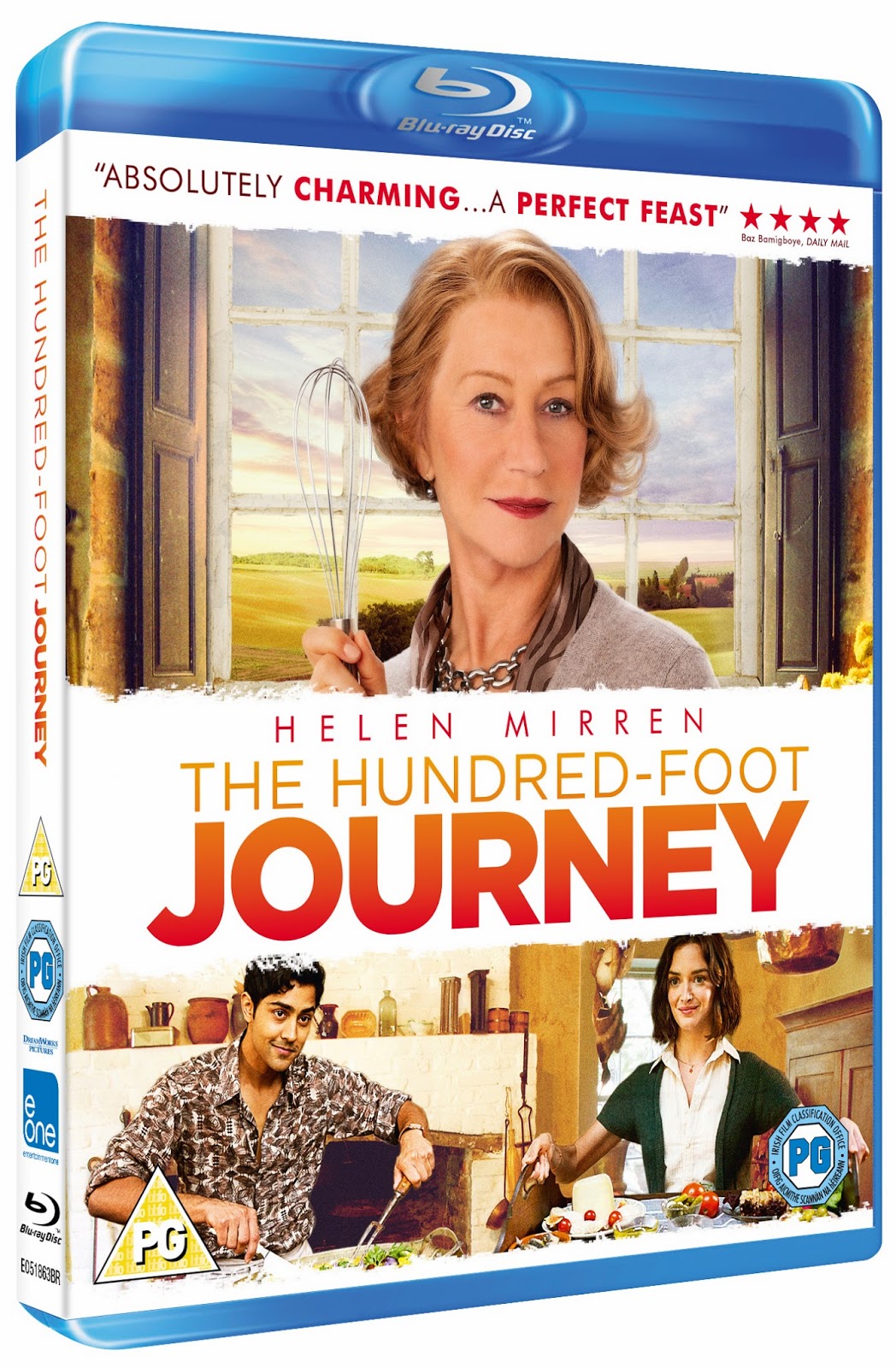 The Bearded Trio are proud to bring you the details for Monday's DVD and Blu-ray release of The Hundred-Foot Journey starring Helen Mirren and directed by Lasse Hallström.  The movie is from Dreamworks and produced by Steven Spielberg.

Here's the press release along with details about the extras you'll find on both DVD and Blu-ray plus some clips from the movie.

Starring Oscar® winner Helen Mirren (The Queen, Calendar Girls), comes the uplifting and feel-good cultural feast full of Indian spices, French sophistication and British wit, THE HUNDRED-FOOT JOURNEY. Directed by Lasse  (Chocolat, Salmon Fishing in the Yemen) and produced by Oprah Winfrey (Selma, The Great Debaters) and Steven Spielberg (Lincoln, War Horse) this charming adaptation from the novel of the same name by Richard C. Morais follows the Kadam family as they move from India to France. Prepare for your tastebuds to be tickled and your senses tantalised as THE HUNDRED-FOOT JOURNEY arrives on Blu-ray™ and DVD on March 9 th 2015, courtesy of Entertainment One

Hassan Kadam (Dayal) is a culinary prodigy who travels with his family to the South of France after being displaced from their native India. It’s the ideal place to settle down and open an Indian restaurant, that is until Madame Mallory (Mirren), the icy proprietress of a Michelin starred French restaurant gets wind of it. Her protests against the ‘Maison Mumbai’ located a hundred feet from her own escalate to all out war between the two establishments – until Hassan’s passion for French cuisine and for a beautiful sous chef, Marguerite (Le Bon), combine with his mouth-watering talent to weave culinary magic between their two cultures.


THE HUNDRED-FOOT JOURNEY IS AVAILABLE ON BLU-RAY AND DVD ON 9TH MARCH, COURTESY OF ENTERTAINMENT ONE