Report On Cardiff Film & Comic Con. Max Grodenchik Tells Me How The Grand Nagus Would Be Doing. #StarTrek 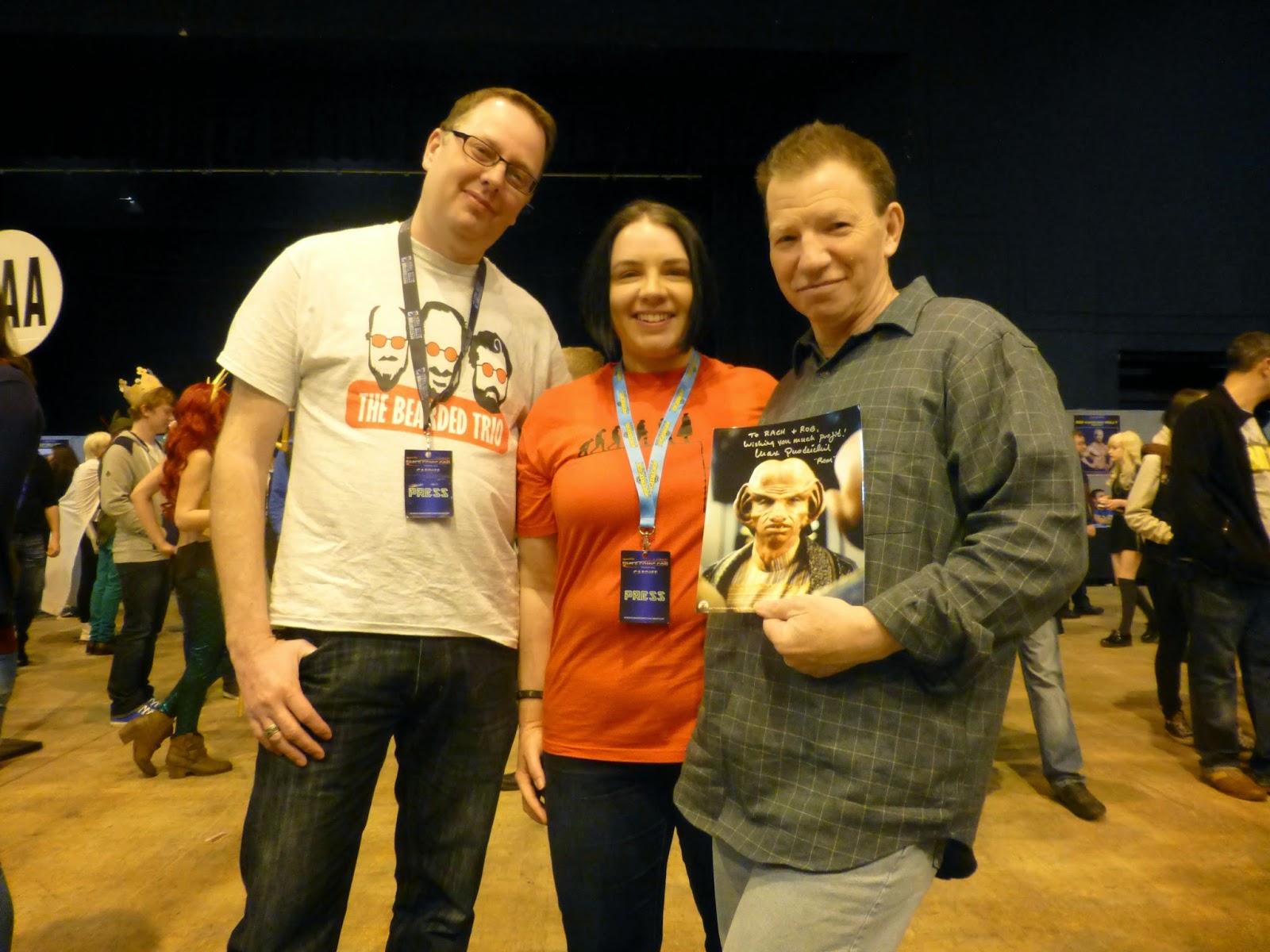 After a successful but tiring day one at Showmaster's Cardiff Film & Comic Con, we decided that day two would be a less frantic affair with just a leisurely stroll around the stalls and a chat to Max Grodenchik who played Rom in Star Trek's Deep Space Nine. 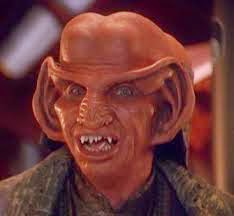 And that was our first port of call.  We headed to the autograph area where Max was sitting.  What a
great guy!  We spent ages talking to the actor about things related to Star Trek and general topics.  For some reason we discussed ship cruises and whether they were our thing.  Not sure how that came about but it was nice to have a general discussion about anything and everything to one of the stars. I couldn't help but ask him a really geeky Star Trek question and since I just happened to have re-watched the episode where Rom is made Grand Nagus the night before, I wanted to ask him how the Nagus would be doing and how Ferenginar would be getting on.  He loved the question and I felt his answer was a continuation of the episode I watched last night.  He thought that Ferenginar would be a more darker place with a lot of resentment from other successful Ferengis who wanted to 'dethrone' Rom as the Nagus.  He also thought his brother out of love and not business sense would be protecting the Grand Nagus.  I told him he should write a novel.  He liked that idea.  If you get the opportunity I would strongly suggest you get his autograph.  He really is a nice guy and spends the time to talk to you.  He even has a hand fan to dry the ink for you before handing it over.  A really nice guy.

Following this we headed around the numerous stalls and I spent too much money.  Sunday is always the best day for tackling the stalls as there always seems to be less people.  We also took the opportunity to have our photos taken inside the Back to the Future Delorean and also to have our photos taken on the Emperor's Throne from Return of the Jedi.  This was a lot of fun and well worth the £5.


Another well run event from Showmasters throughout the weekend.  This was the first Comic Con we went to without actually having any photo-shoots booked but we still found plenty to do.  With the Star Trek talk on day one between Max Grodenchik and Ethan Phillips (You can listen to that here)  and our chat with Ethan Phillips, plus plenty of cosplayers to keep us entertained we really thought the whole weekend was superb value for money.  Absolutely no hiccups throughout the weekend and strongly recommended.  Next up - London Film & Comic Con.