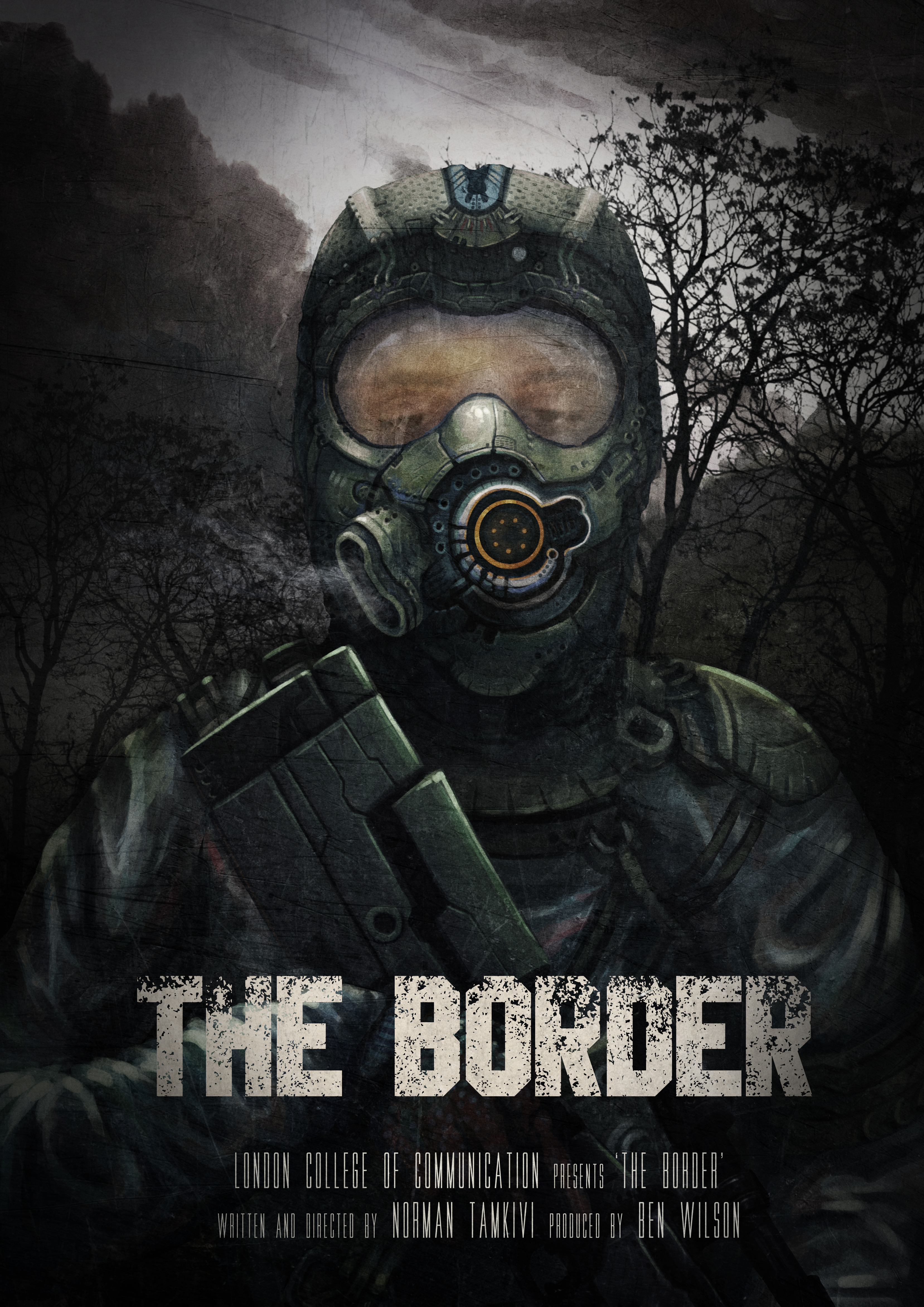 A new and exciting short post-apocalyptic movie inspired by The Road, Children of Men and Steven Spielberg's Saving Private Ryan need your help to get funded.  To help them along we've posted the Indiegogo campaign below and you can get behind it by donating to help them get it...um...on the road.

Link to the campaign.

The Border is an ambitious, exciting and touching drama/thriller/sci-fi short film. Although the story takes place in the near future, the film comments on many contemporary issues. It is a serious film with moments of action, thrills and pain, but also love and humour. The film is inspired by masterpieces such as The Road, Saving Private Ryan and Children of Men. The project will be shot in London and nearby locations.
We are determined to bring a high quality short film to our audiences, but we do need your help to do so. Together we can create something truly outstanding!
Synopsis: After a global nuclear and chemical war a disciplined military captain Thomas is tasked with toughening up a young and kind soldier Landon, who is unable to shoot innocent people, only to find out the truth about himself and the system he lives in.

Story: After a devastating global nuclear and chemical war Britain is divided into two: the war wasteland in the south and the surviving north. Thousands of survivors from the south are trying to travel up north where civilized life is still possible. However, these people are carrying a deadly virus and the military is protecting the north from them. The protagonist of the story Thomas is a family man and a disciplined military captain. He is also one of the many snipers who has to kill anyone approaching from the south. Thomas has been given a task to toughen up a kind young soldier Landon who is unable to shoot at people. Although Thomas is convinced that what he is doing is the right thing, he starts getting some second thoughts because of Landon. One day Thomas encounters his own father trying to escape to the north, and has to decide between listening to the orders or his heart. The events take a very unexpected turn from there.

By packing us, you support emerging filmmaking talent and the new generation of entertainment producers. We have an amazing international team of ambitious filmmakers. We will send our piece to numerous big film festivals around the globe to show the project and our skills to the world. In addition, you help to spread the message of the film. The film talks about many contemporary issues such as the problems of trust and morality in contemporary political landscape. Furthermore, we provide fantastic rewards to our supporters!

Making a film is expensive, even more so if you want to create a high quality film. We aim to make an extremely professional short film and therefore every donation is hugely helpful! In addition to your donation, we are putting a significant amount of personal funds into this project to get the film made as well as possible. The crew and cast works for free.
Although our goal is to raise £2500 from Indiegogo, our ambition doesn't stop there. The more money we can raise, the better conditions and possibilities we can allow to ourselves. Every pound raised will go towards completing the film and if we manage to collect more money than we asked for, we can get more and better props, locations, equipment (a drone for aerial shots) and other appliances.
If we don't reach our goal, we will film the main scenes and delay shooting the other scenes until we have managed to collect more money. 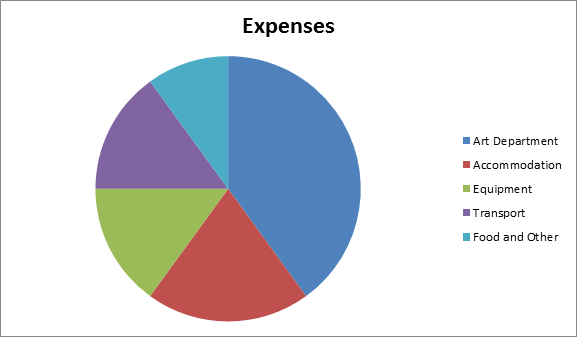 We are giving various fantastic rewards to our supporters! All supporters get a link and password for the film in July. The film will be released to wider audiences after about a year when it's done a festival circuit.
If you are interested in the rewards, please leave your contact information so we can get in touch with you. The physical rewards will be mailed in August, your photo or video shoot can take place in July.
For £25 you will see your name in the credits of the film
For £300 you will get a personal filmmaking or editing course with the film's director and editor. (In Skype, London or Tallinn, otherwise travel costs added)
For £500 you will get our exciting apocalypse survival pack that includes: a gas mask, a genuine British military radiation suit and an airsoft gun.

For £1000 you will get a professional photoshoot or around 3-minute video fromIcicle Studios for yourself or your company. (In London or Tallinn, otherwise travel costs added.) Icicle Studios is a production company specialising in creating high quality photos and videos for individuals, bands and brands.You can see our portfolio here: https://www.youtube.com/watch?v=EtbSj1FRkWghere: iciclestudios.co.ukand here: facebook.com/IcicleStudios
CHECK THE FULL LIST OF PERKS ON THE RIGHT HAND SIDE OF THE CAMPAIGN

As with any low-budget film our risks are to finish the film within our budget and time frame. There are many expenses we need to cover and we hope for your support to help us make this film a reality. We have an experienced, dedicated and well organised team of enthusiastic young people who will do their uttermost to overcome any problems and bring this project to life! 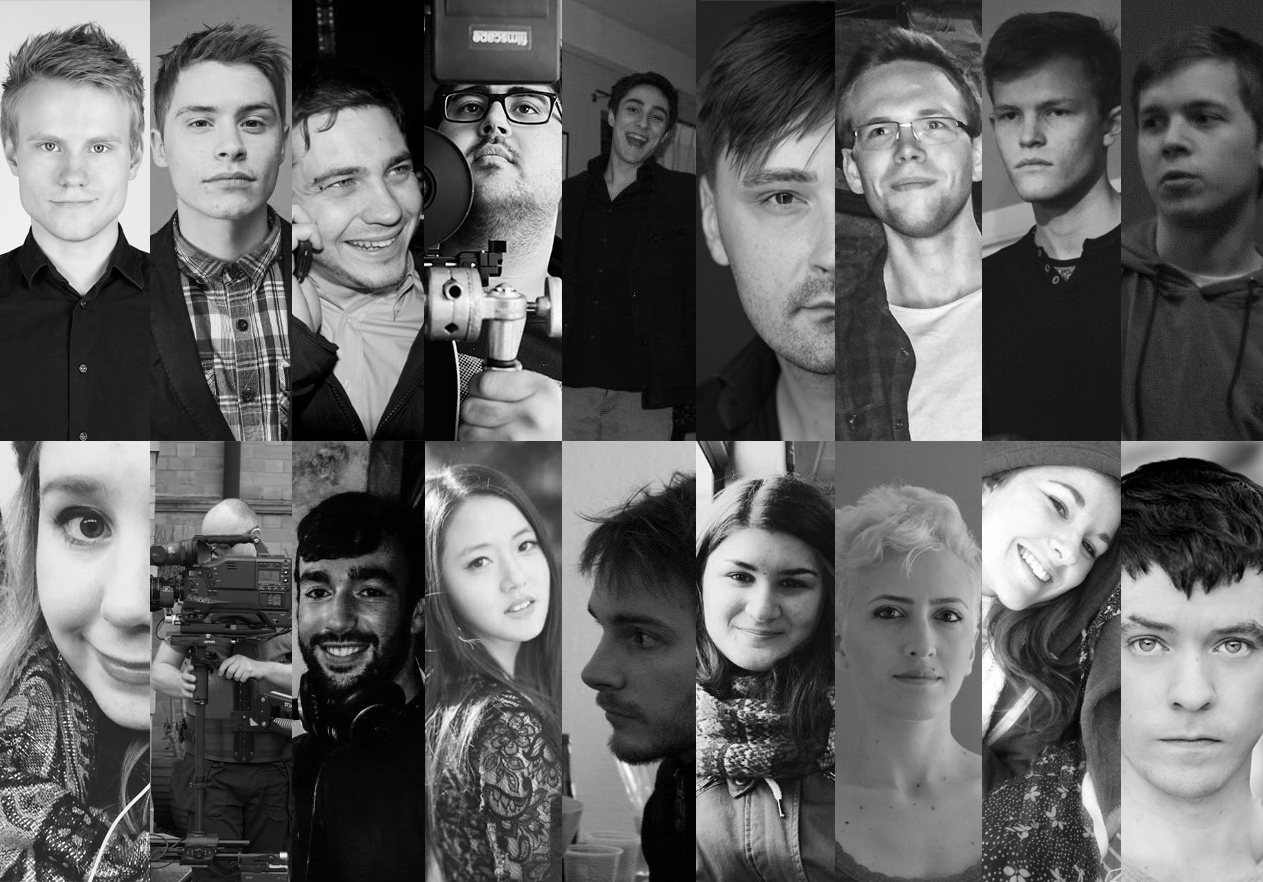 Writer/Director/Editor - Norman Tamkivi
Norman is from Estonia and has lived in London for 4 years. He started making films at the age of 10 and has made numerous promotional films, commercials, music videos and short films. His short films have won several awards at international film festivals and he was one of the directors of the Estonian feature film „Täitsa Lõpp“ which was shown in cinemas nation wide. His latest work will be shown in Cannes Film Festival this year. Norman is an extremely professional and ambitious filmmaker and production company Icicle Studios co-founder. At the moment he is a final year film student at University of  the Arts London.
Producer - Ben Wilson
Ben is a talented young filmmaker and also studies film and television for the final year at University of the Arts London. He and Norman are long-time collaborators. Ben is also the co-founder of mobile technology company Idezy.
Producer/1st AD - Alessandro Wingfield
Alessandro is an ambitious filmmaker studying film at University of the Arts London and has worked on 3 feature films and a TV series, as well as numerous short films and music videos.
Cinematographer - Edward Vijayavargia
Edward is an alumni of University of the Arts London where he studied filmmaking. At the moment Edward is working as a cinematographer in London. He has made numerous short films and commercials. Edward has an excellent artistic eye and technical knowledge. He will film “The Border” on the high class Red camera.
THE FULL CREW
Production Manager/Location Manager - Andrew David2nd AD - Sarah Vaughan3rd AD - Veronica Silvestre1st AC - Sam Bebbington 2nd AC/Photographer - Matt Lesniewski Production Assistant - Caroline QiuSteadicam Operator - Karl CresserSound Recordist - Aviv CohenSound Designer - Norman Vladd TonnelierLocation Scout - Arianny CanepaMake-up Artist - Georgia EvansVFX Artist - Jaanus JagomagiFight Choreographer - Jonathan KnapmanComposer - Ingo Raudkivi
The film has 4 main actors and about 30 extras

If you cannot support us financially please make sure to share our campaign with your friends and family. You may never know who will also see it and could be interested in the project. You can use Indiegogo sharing tools to spread the word about our film.
You can follow us on our Facebook page: facebook.com/thebordershortfilm
THANK YOU VERY MUCH!