Mellody Hobson And George Lucas To Be Honoured 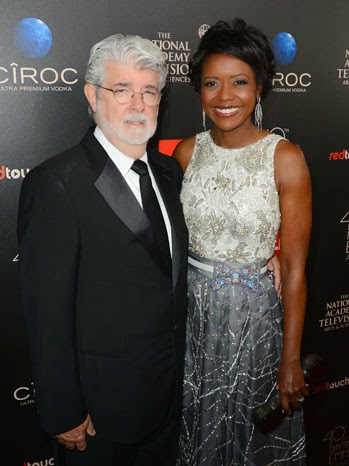 Both Mellody Hobson and husband, George Lucas are to be among those being honoured at the 13th annual "Backstage at the Geffen" fundraiser on March 22nd.  The event will take place  in the Gil Cates Theater at the Geffen Playhouse in Los Angeles.  Proceeds from the event are put toward new play development and playwright commissions, as well as the theatre's education and outreach programs.

Hobson, chairman of the Board of Directors for DreamWorks Animation, and her husband, Lucas, will be honored with the Distinction in Service Award, and filmmaker David Furnish, best known for his documentary “Elton John: Tantrums & Tiaras,” and John will receive the Distinction in Theater Award.