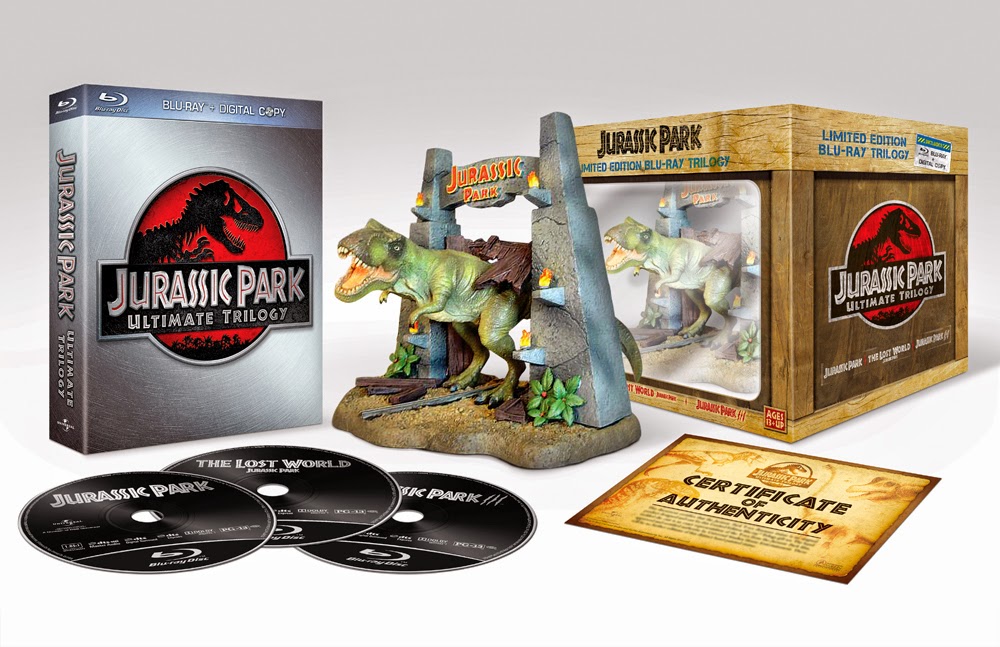 With only 99 days waiting left (if you live in Belgium, France or the Philippines) for Jurassic World, I thought it appropriate to check my cupboard on my Jurassic Park films.

That's when I re-discovered this lovely Jurassic Park VHS Special Edition,
in, what at that time was called, a DNA-Package. 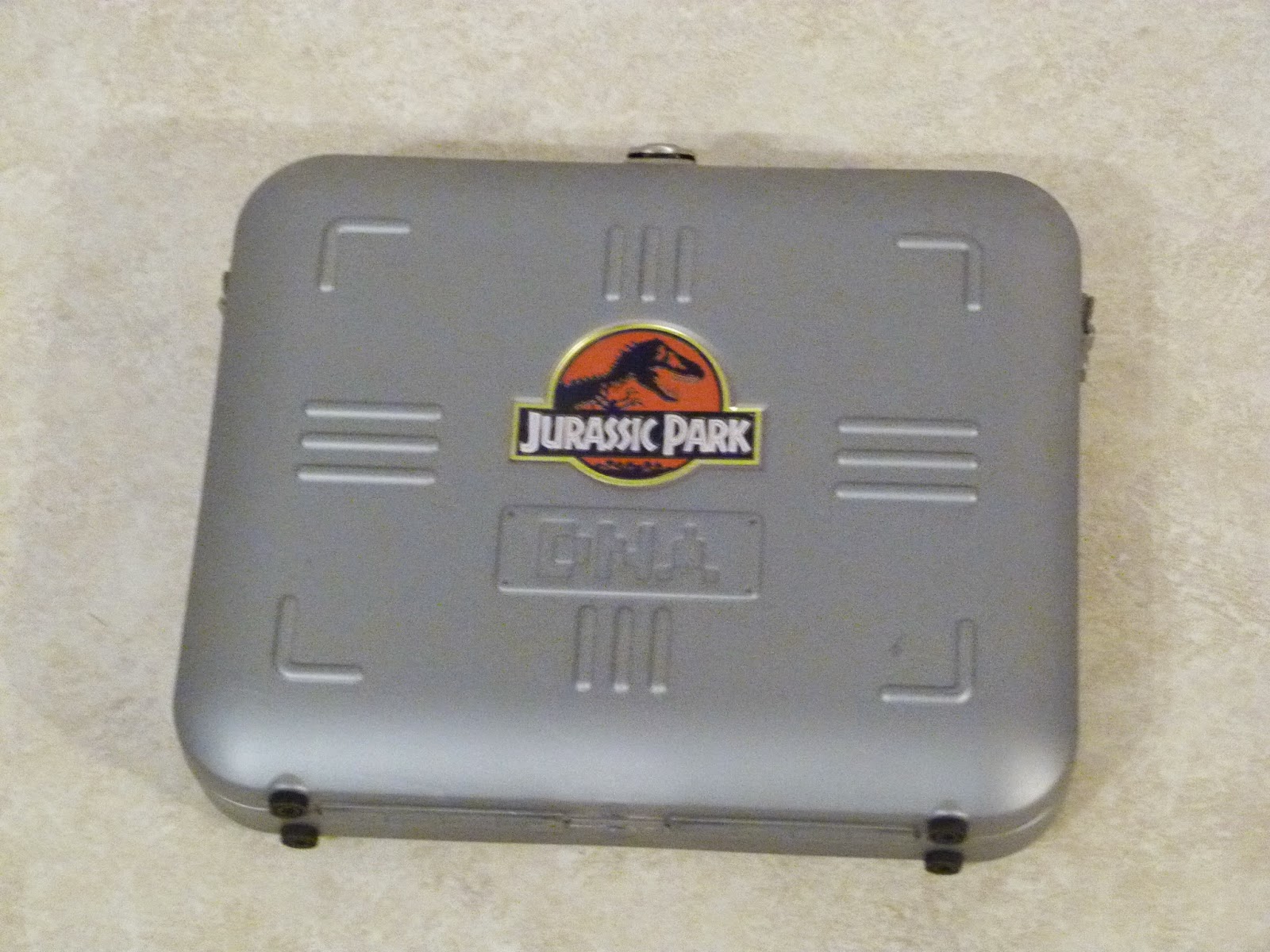 I know it's easier to re-release a film nowadays with DVD and BluRay. You just ad a few extra making-of documentaries on the disk and sell the film over and over again.

On VHS that was a bit more difficult, since you couldn't keep on adding extra stuff on the same tape, because of it's maximum length, That meant the Studio's had to be inventive in changing the wrapping for the film, if they wanted to try and re-attract the audience to (once more) buy the same film. 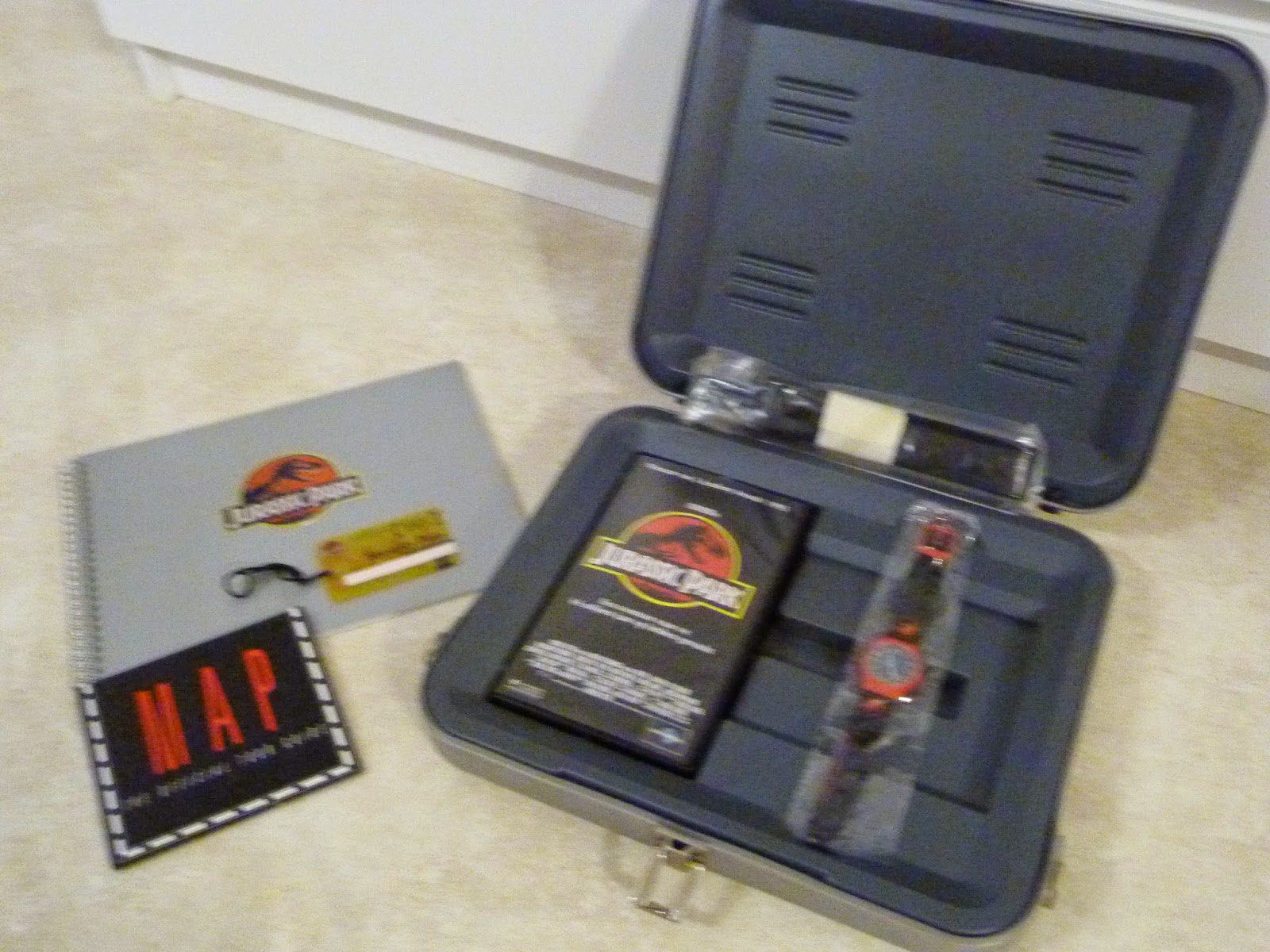 And yes, I was one of those crazy people who kept on buying the film (again) if they had changed the wrapping sufficiently enough. And yes,that means I have more editions, just not all within gripping-range at the moment.

Wise ? Hardly, but it was (and is) fun to compare all the different packages, in my opinion.

And than again, I never said I was sane, did I ?