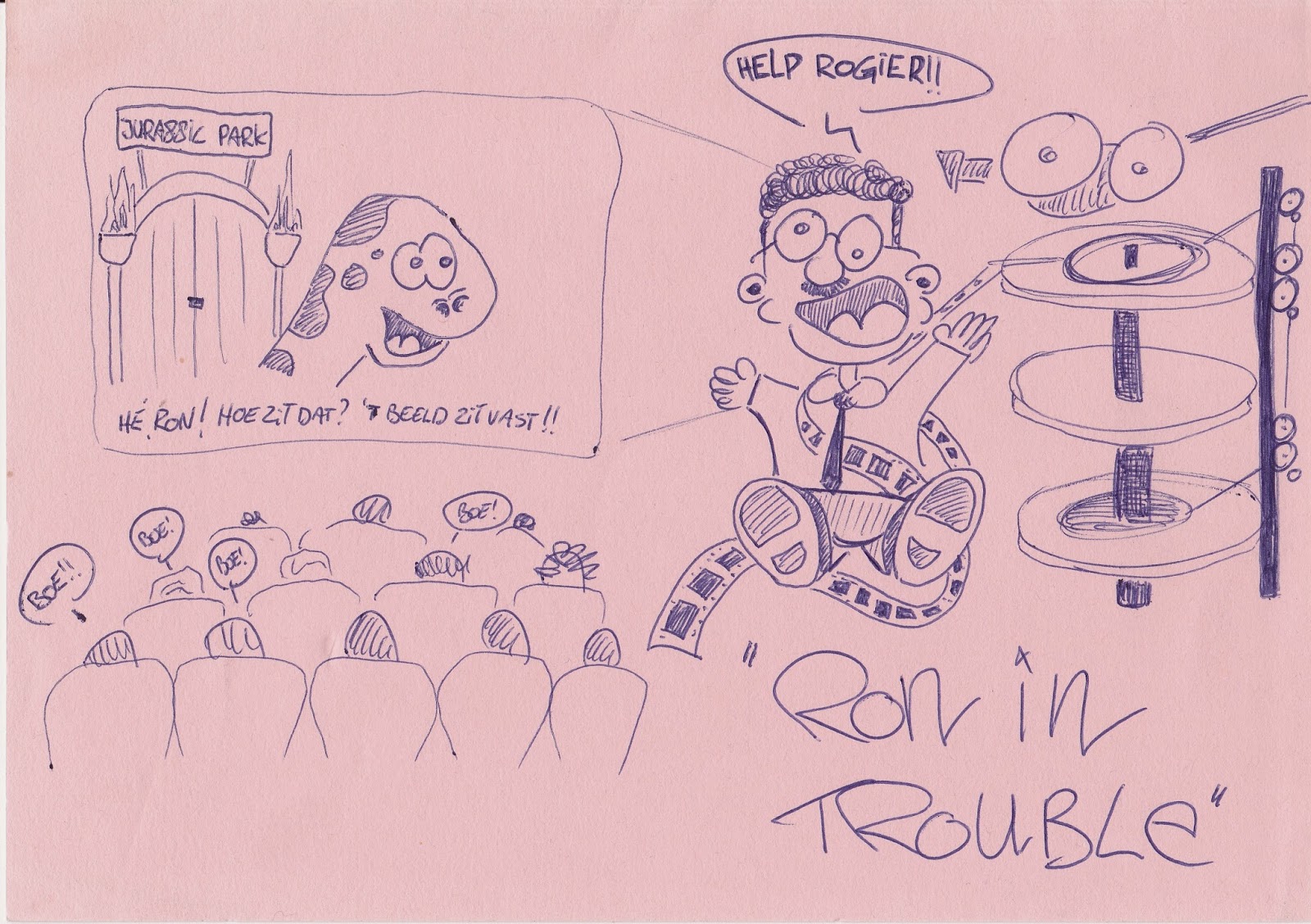 Today some sort of throwback Saturday.

I used to work in a cinema as a manager/projectionist/usher/and whatever was needed at the time, during the period that Jurassic Park was released.
And even with all the sold out housed we had in those days, we always made sure to relax, from time to time.

Pictured above is the vision of one of my colleagues on my handling stress. (fortunately enough this only happened in his imagination, however I was called back on one Saturday-evening when another of my colleagues did meet with a fate, similar to the cartoon above, five minutes before the end of the show someone noticed that the entire film had fallen on the floor instead of on the platter. No need to add that he didn’t sleep well that night, but we did get the film back, ready for projection a couple of minutes before the next show).