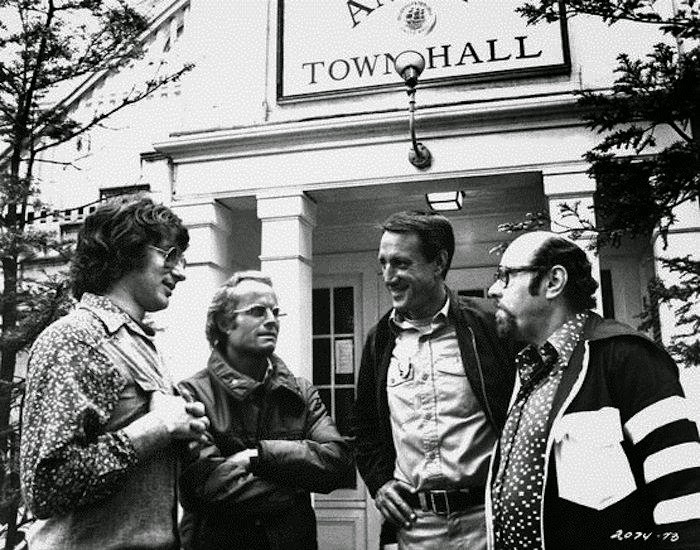 In the seventies and eighties Simon van Collum was a TV-presenter in the Netherlands, who, at least for the Dutch people, was at least as, or in some cases even more famous than the film stars he presented to the viewers. TV-programs on film were hardly a success in those days (in the Netherlands that is) unless he starred in them. And by starring I do mean starring in them, because he was not just a presenter who asked a few questions, he actually visited sets, did his research on the persons he was to interview and in the end even landed a few guest-/cameo-appearances in films this way, he was a personality.

He had bit-parts in forv example Flodder and Amsterdamned (both by Dutch director Dick Maas (a man the Dutch critics loved to compare to Steven Spielberg) and in John Landis' An American Werewolf in London (he portrayed an usher/cashier in an X-rated Cinema on Oxford Street).

However, when he visited Steven Spielberg on the set of Jaws, in 1974, he wasn't that known in the States yet. So when he popped up on a picture (as seen above) in an American Magazine, he was referred to as being a cameraman for Jaws, which, in our eyes at least, even made him even more famous. (and he loved writing about it and bringing it up on different occasions). 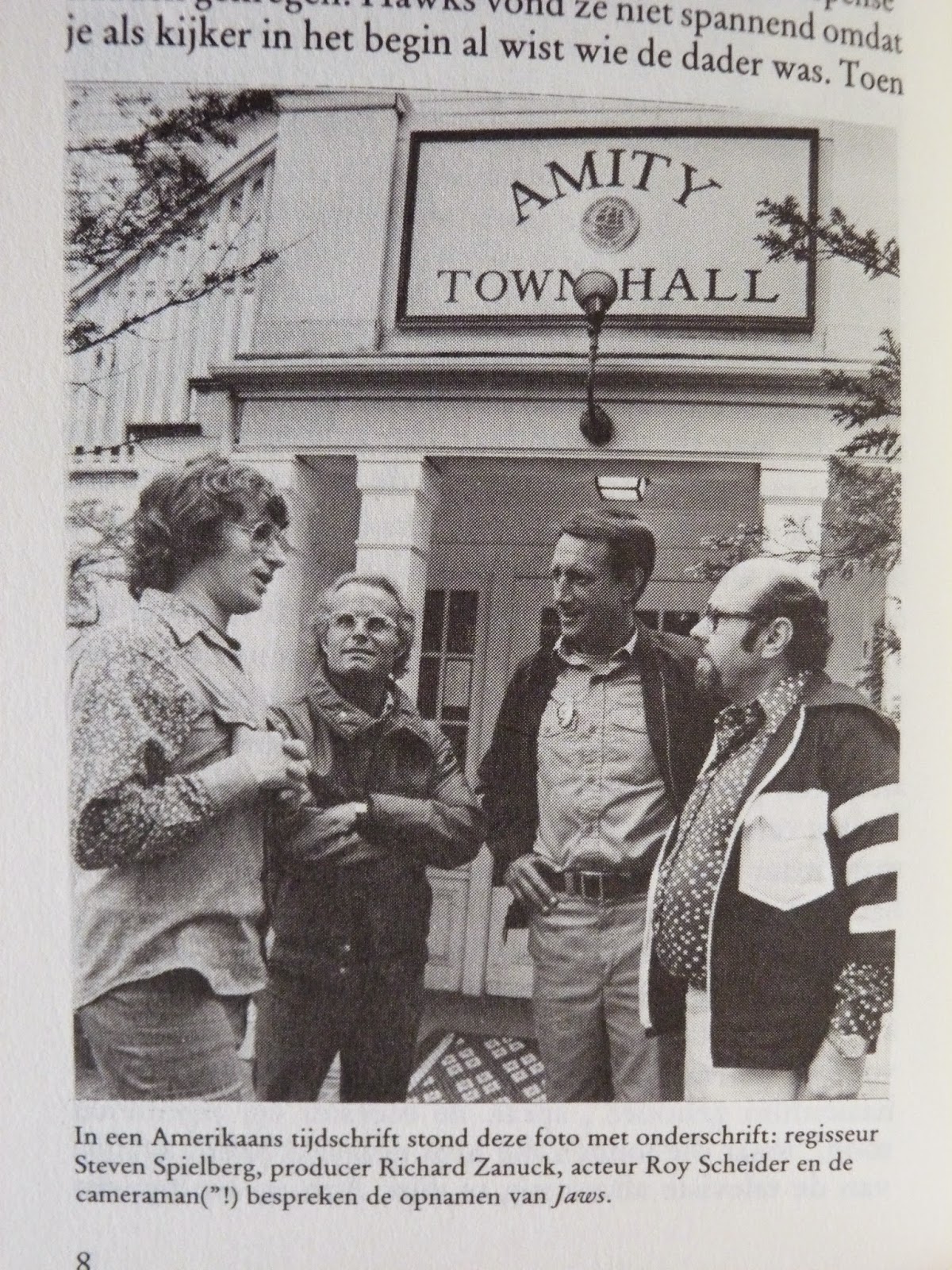 
He died, on the place where he had spent so many hours: in the spotlights in Holland's most beautiful cinema: Tischinski. He had a heart-attack during the gala-opening night of the James Bond film Licence to Kill, June 21st, in Amsterdam, with running camera's and didn't survive.

I still miss him.