I've Had It With These Chris Pratt Rumours @prattprattpratt 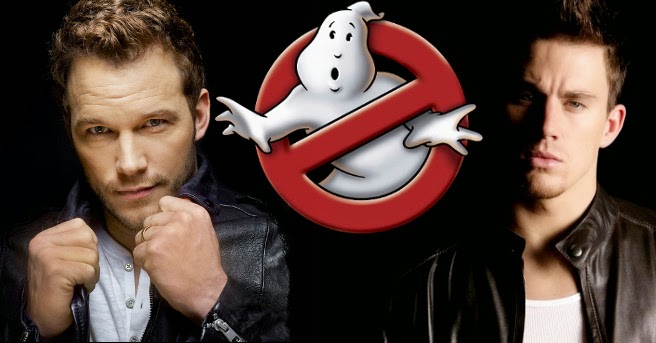 Yet another Chris Pratt Rumour Hits The Web.  Will These Rumours Damage His Reputation?

Chris Pratt it seems is the Internet's choice for generating buzz to websites when it comes to rumours.  In the last year alone we've had Chris Pratt rumoured to be in line for the reboot of Knight Rider.  Then of course we had nearly every website quoting Variety's 'non source' story that the Guardians of the Galaxy star was set to pick up Indiana Jones' whip for Indy V.  What's more is the same site quoted from another source that Spielberg was set to direct and looking forward to directing Pratt.  All garbage of course.

Now the newest Pratt rumour comes in the form of the recent news that a male version of Ghostbusters will be made along side the recently announced all female cast of Ghostbusters 3.  According to a website (Had enough of linking to these stories so not going to) have reported that Chris Pratt and good friend, Channing Tatum pitched the Ghostbusters 3 idea to Sony Pictures and also four, yes four reboots are in the works of which one will feature Chris Pratt.

I'm happy to get egg on my face if this turns out to be true but until we get any official annoucement I am happy to fold my arms, tap my feet, roll my eyes and say "here we go again."  The web is awash with this Ghostbusters story.  Websites have discovered that an easy way of getting traffic is to keep churning out these non-official stories as they are easy click bate and other websites will link to them.

The frustrating thing is that some of these stories may actually turn out to be true.  Even this very site did the same thing a few months back with our Han Solo to appear in Star Wars Rebels story which came from a very reliable source and the circumstances around the story felt it was good to post.  But with the current trend of churning out news stories from reliable sources it could seem it was a click bate story.

But these constant Chris Pratt rumours for every major franchise has become tiresome.  I have nothing against Chris Pratt.  I am looking forward to seeing him in Jurassic World and his performance in Guardians of the Galaxy was perfect but there is a danger his name will become tiresome with fans if it keeps getting banged around.  The same happened with Benedict Cumberbatch who again seemed to be linked to every major movie and fans became tired of seeing his name popping up even though he is a top actor and popular with fans.  Surely Chris Pratt's agency and management team should quash these rumours as soon as they are released?  Surely that would be the most decent thing to do?

What do you think?  Are you fed up with these non source rumours or does it all add to the build up of the movie?