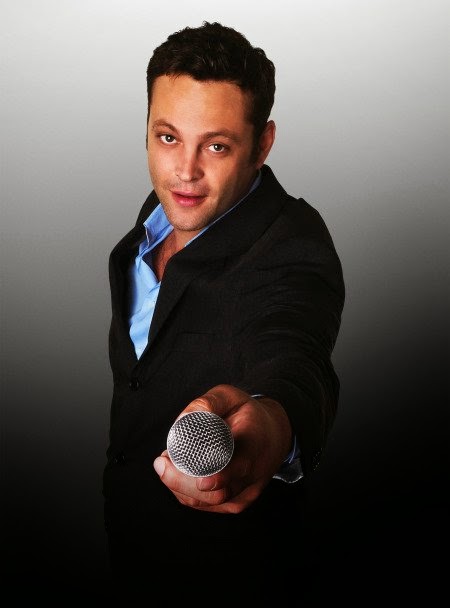 45 Years ago today, on March 28th 1970, Vince Vaughn was born in Minneapolis, Minnasota, USA. He was raised in Lake Forest Illinois. He was interested in theater at a very young age and at age 18 he moved to Hollywood, to make it to the big screen. 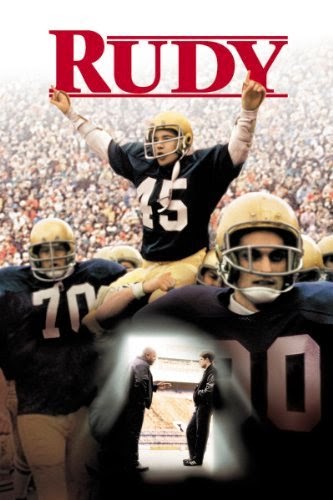 He made his first (credited) appearance in a film in 1993 in the film Rudy. He became friends with co-star Jon Favreau and ultimately starred in his debut as a screenwriter, Swingers. The film was praised by the critics but wasn't a commercial success. 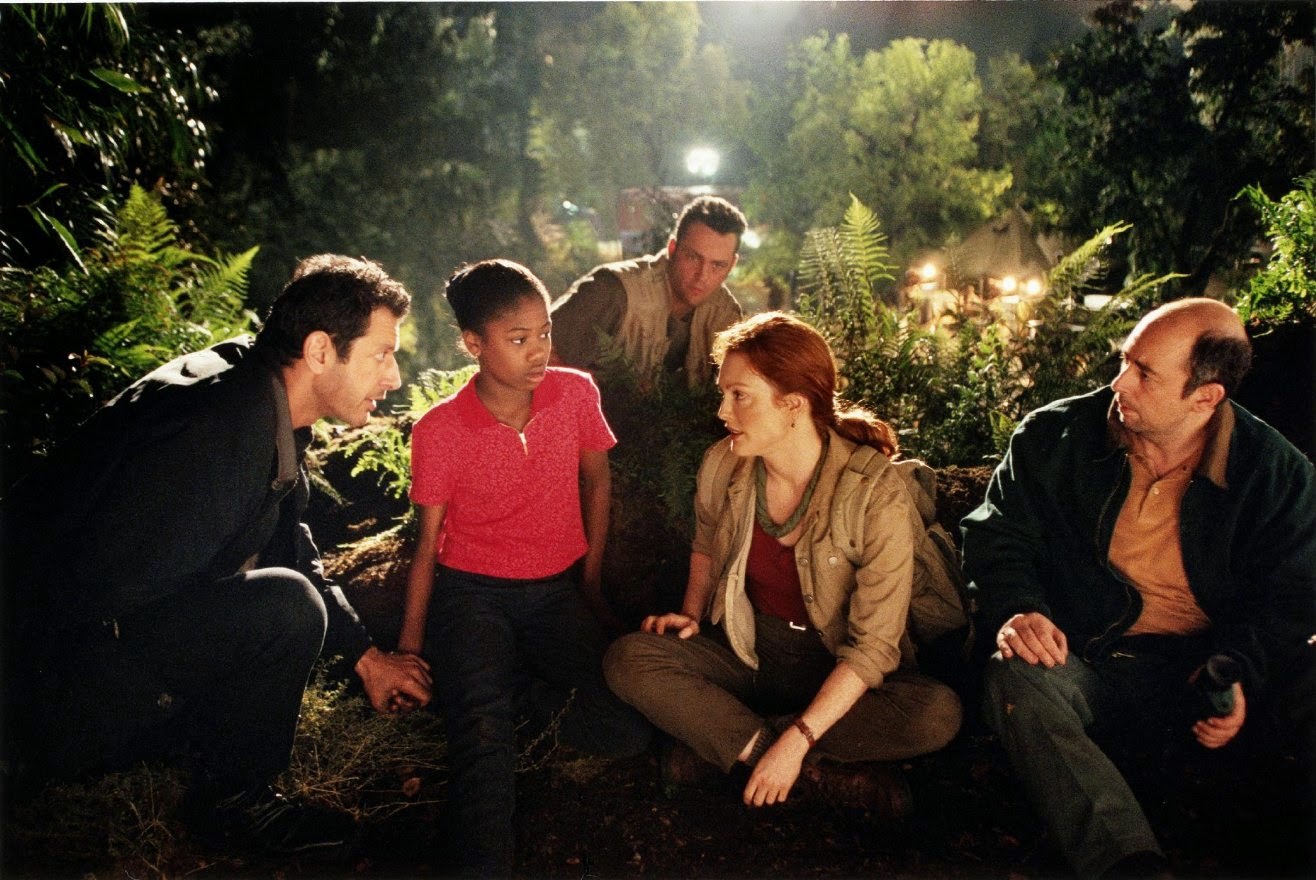 Steven Spielberg saw the film however and offered Vince the part of Nick van Owen in his  Jurassic Park sequel The Lost World: Jurassic Park. This time Vince hit it big and was a brand name.

He played a variety of characters over the years, including a couple for/with DreamWorks. 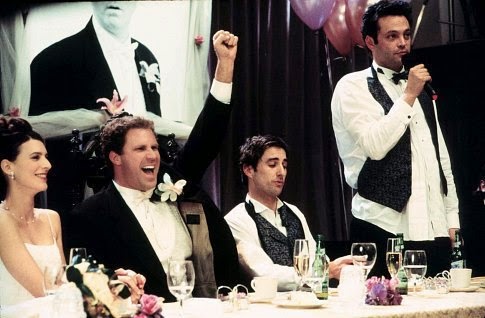 In 2003 he co-starred as Beanie in the comedy-hit Old School, along with Luke Wilson, Will Ferell, Jeremy Piven and Sean William Scott. 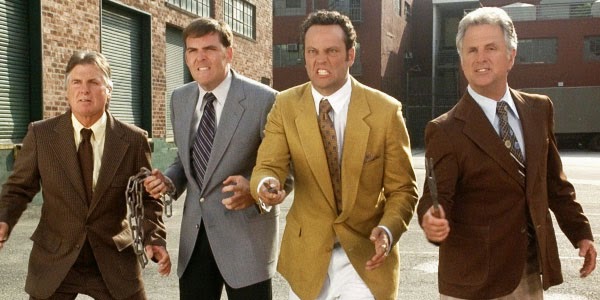 An angry-looking bunch of men, lead by Vince Vaughn
in Anchorman: The Legend of Ron Burgundy

In 2004 had an uncredited , bit-part in the surprise-hit Anchorman: The Legend of Ron Burgundy, portraying Wes Mantooth, once more opposite Will Ferell. (He reprised his part a few years ago in the sequel Anchorman 2: The Legend Continues.) 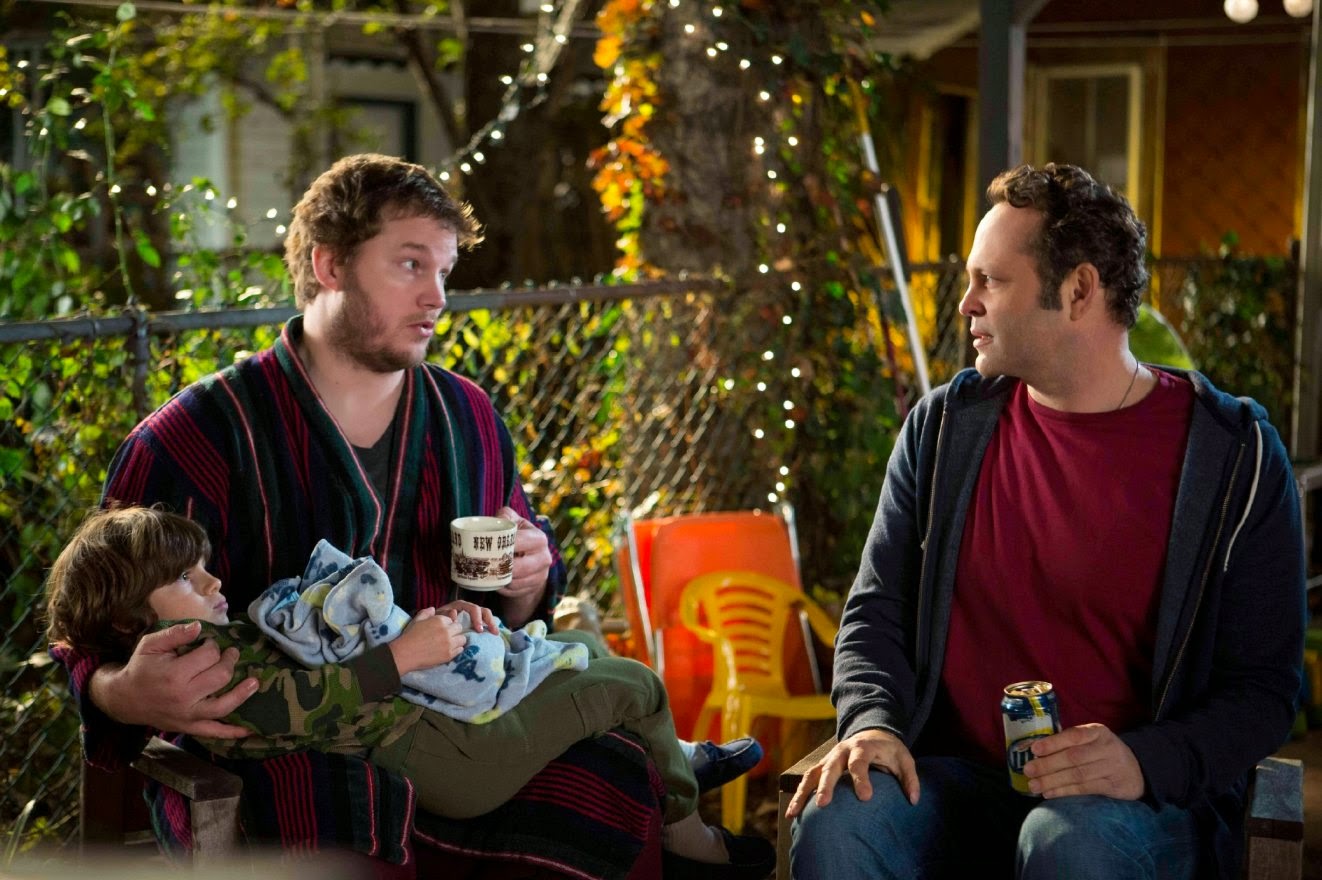 Only two years ago he was the leading man in DreamWorks' underperforming The Delivery Man. 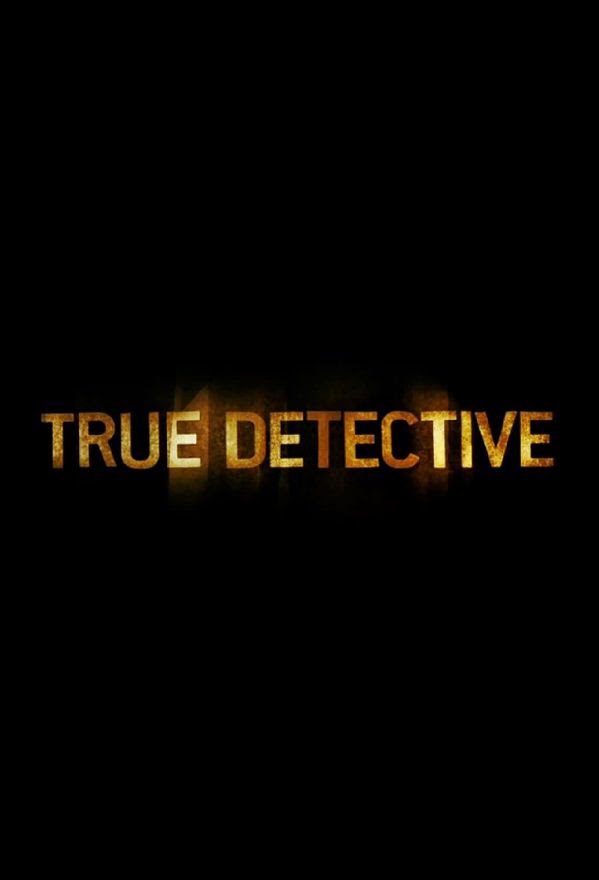 Later this years he will be starring in the second season of HBO's hit-series True Detective.