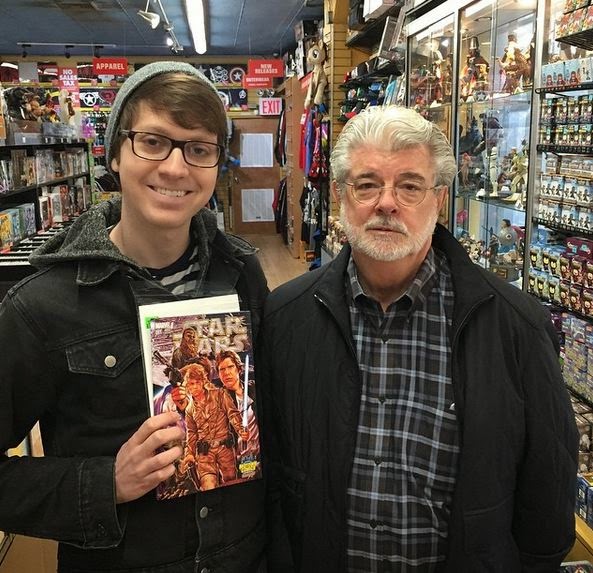 Imagine popping into your local comic book store to buy the latest Marvel Star Wars comics and bumping into the man who started it all, George Lucas?  Well that's exactly what happened at Midtown Comics in Time Square.  These new Marvel Star Wars stories are so good that even the big GL is after them.  A fan tells the story of his surprise at seeing one of the bearded trio.

“He came in and was browsing the store, looking at the ‘Star Wars’ stuff,” a shop employee tells us of his visit on Monday. “He was only in for about 15 minutes, his driver was waiting outside. Fans were pretty excited to see him and he signed a comic book. He was saying he hadn’t read any of the new ‘Star Wars’ comics.”

We’re told Lucas picked up three new Marvel “Star Wars” stories, which came out in January: one that follows Luke Skywalker, one about Darth Vader and one about Princess Leia. He also picked up an issue of the 1970s fantasy classic “Heavy Metal.”