Game of Thrones' Maisie Williams to Appear on Doctor Who 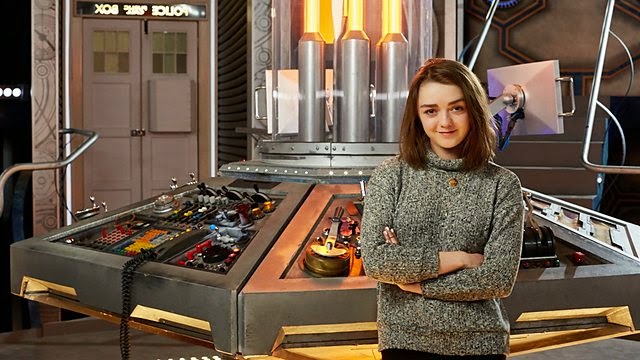 Maisie Williams, well-known to fans of Game of Thrones fans as Arya Stark, will be joining the crew of the TARDIS when she guest stars on an upcoming episode of Doctor Who.

"I'm so excited to be working on Doctor Who as it's such a big and important part of British Culture. I can't wait to meet the cast and crew and start filming, especially as we'll be shooting not too far from my home town," said Williams.

Steven Moffat had this to say about the show's latest guest star:

"We're thrilled to have Maisie Williams joining us on Doctor Who. It's not possible to say too much about who or what she's playing, but she is going to challenge the Doctor in very unexpected ways. This time he might just be out of his depth, and we know Maisie is going to give him exactly the right sort of hell."

Well, I'm on board! It sounds like she's going to be memorable character.

Doctor Who is currently filming series 9, which is set to air some time this fall.

In the meantime, you can see Maisie in the new season of Game of Thrones, which premieres on HBO April 12.