Fan Makes Speeder Bike That Actually Flies From A Drone. 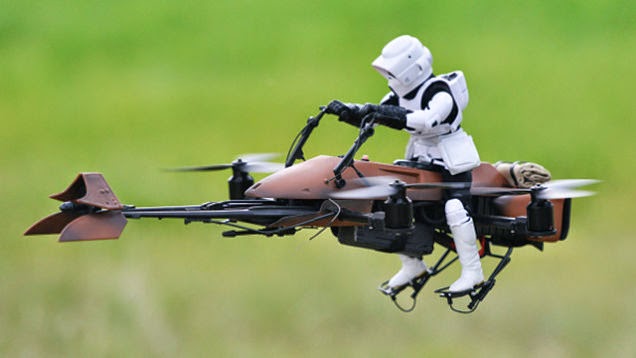 Now this is super cool.  A Star Wars fan has taken a quadcopter and converted it into a fully working Speeder Bike as seen in the Richard Marquand directed, Return of the Jedi.  The bike was used from an old Hasbro model and even has a camera on it for our enjoyment.  Watch out for those Ewoks

I SO want one of thse.

Imperial speeder bike FPV quad, made out of an old POTF 12 in figure Speeder Bike toy.