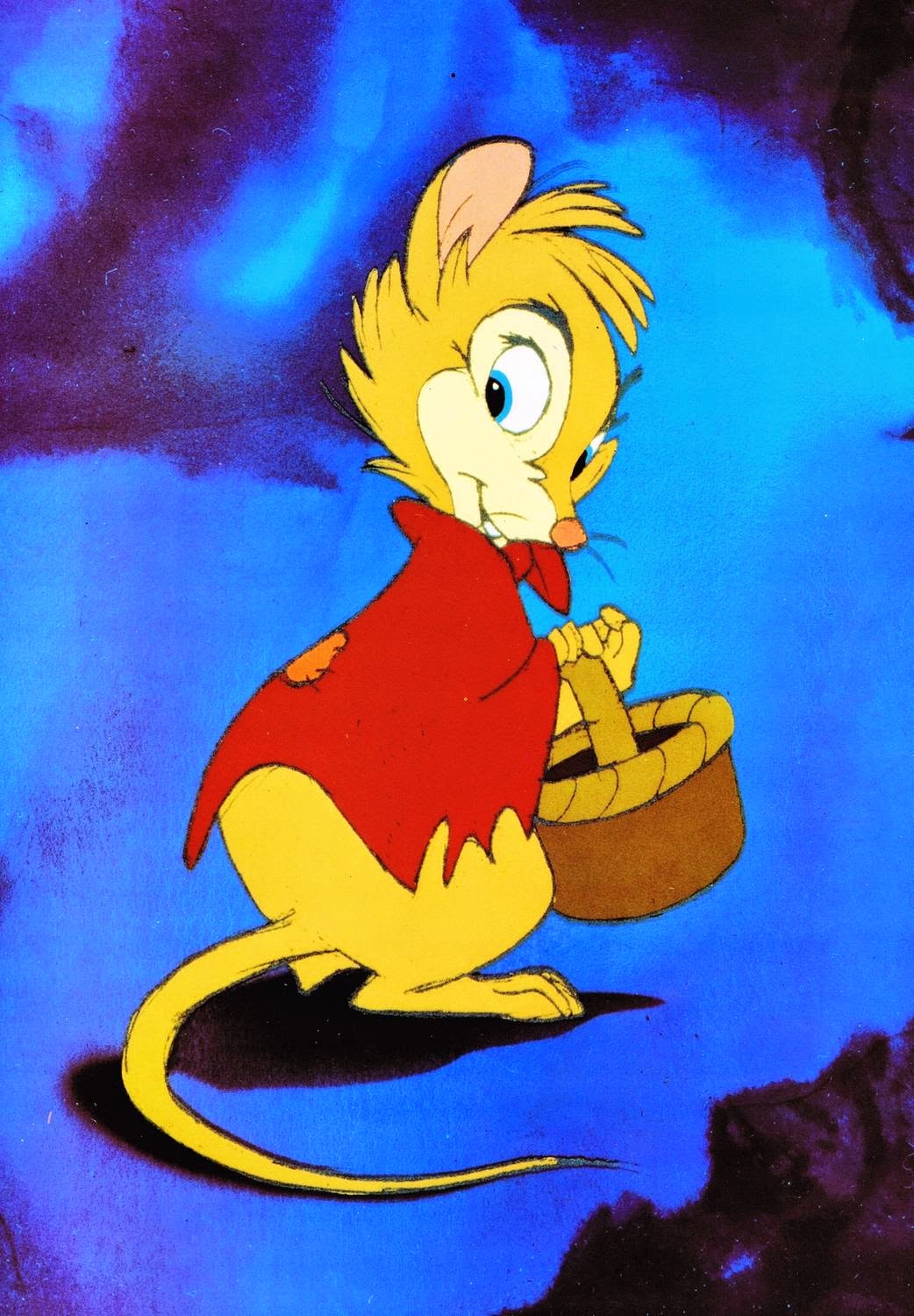 And another reboot is looming on the horizon...

With the Poltergeist remake being almost ready for this summer’s release, MGM has taken it upon them to try and find a new audience for an animated classic from the eighties (and one of my favorite animated films of all times)  Don Bluth’s The Secret of N.I.M.H. 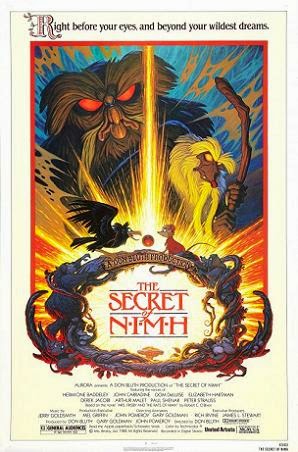 Originally Paramount  was working on a reboot of this dark fairy tale from 1982, made by a group of ex-Disney-animators, lead by Don Bluth, John Pomeroy and Gary Goldman (The press referred to them as “the Disney Defectors”.). However, after successfully snooping away the rights for the Tomb Raider-franchise, MGM succeeded in taking away the film-rights to this series of children’s books from the seventies.
MGM plans on making the new version, using a blend of Live Action and CGI, to (re)tell the story of rats helping a mouse against humans. 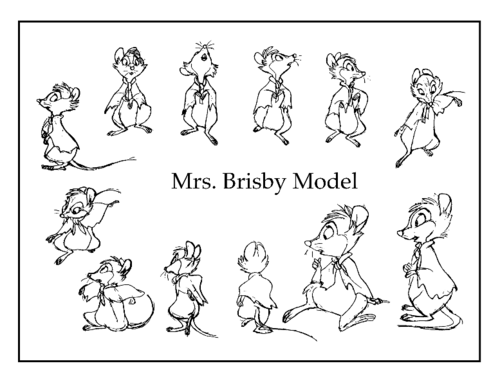 The Secret of N.I.M.H. may not have been the success that Bluth and Goldman had envisioned in those days, but (largely because of the soundtrack, Jerry Goldsmith’s first foray into animation) it did get them the attention of one Steven Spielberg, who was dying to start working in the animating world. Bluth stayed with the mouse figure (maybe because of all his working days at Disney ?)  and Spielberg’s first animated production was established: An American Tail. 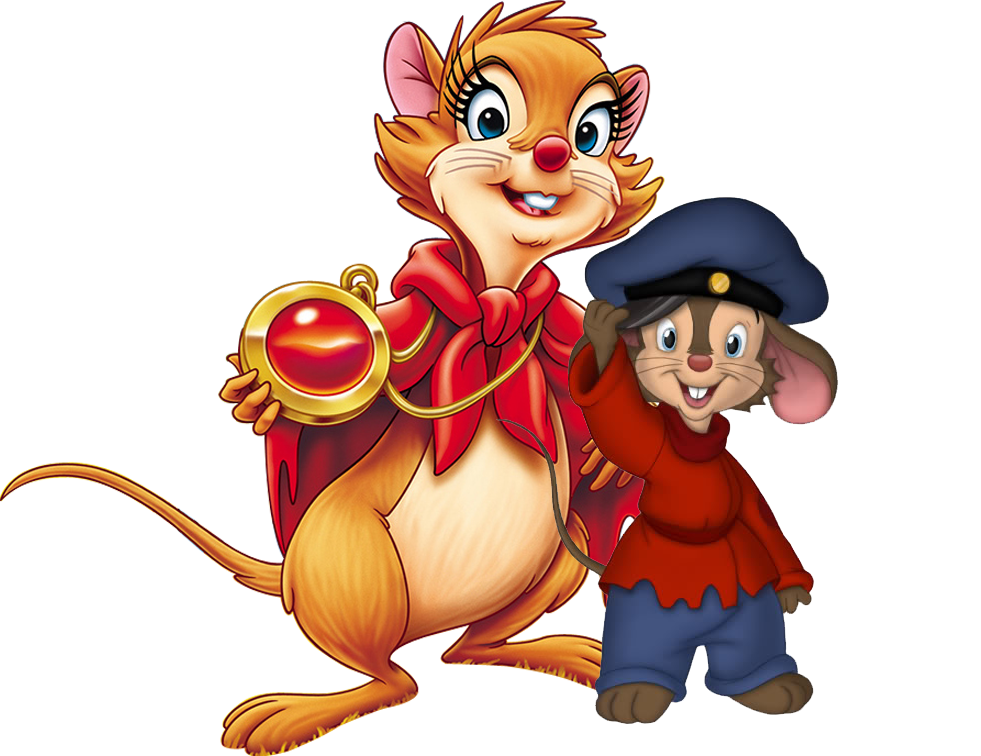 Let’s hope the folks at MGM can find a way of keeping the magic of the first Secret of N.I.M.H. film (the sequel in 1998 only shared the title, but totally missed any of the charm or magic of the original) and maybe it is just about time to re-introduce Don Bluth to a whole new audience, let’s bring  back  The Secret of N.I.M.H., An American Tail, All Dogs go to Heaven (All three voiced by a hilarious Dom DeLuise) , the short Banjo, the Woodpile Cat, Rock-a-Doodle, The Land Before Time or Thumbelina, to just name a few. 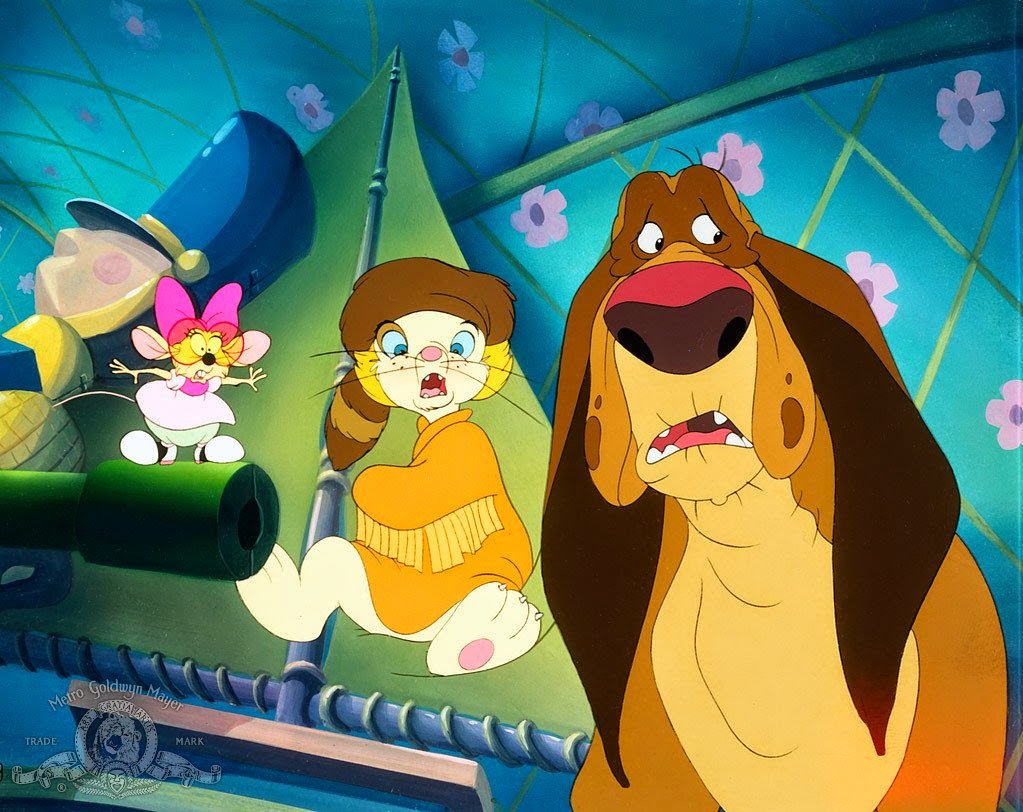 I think I know what I want to watch tonight, Mrs. Bris, I’m on my way… 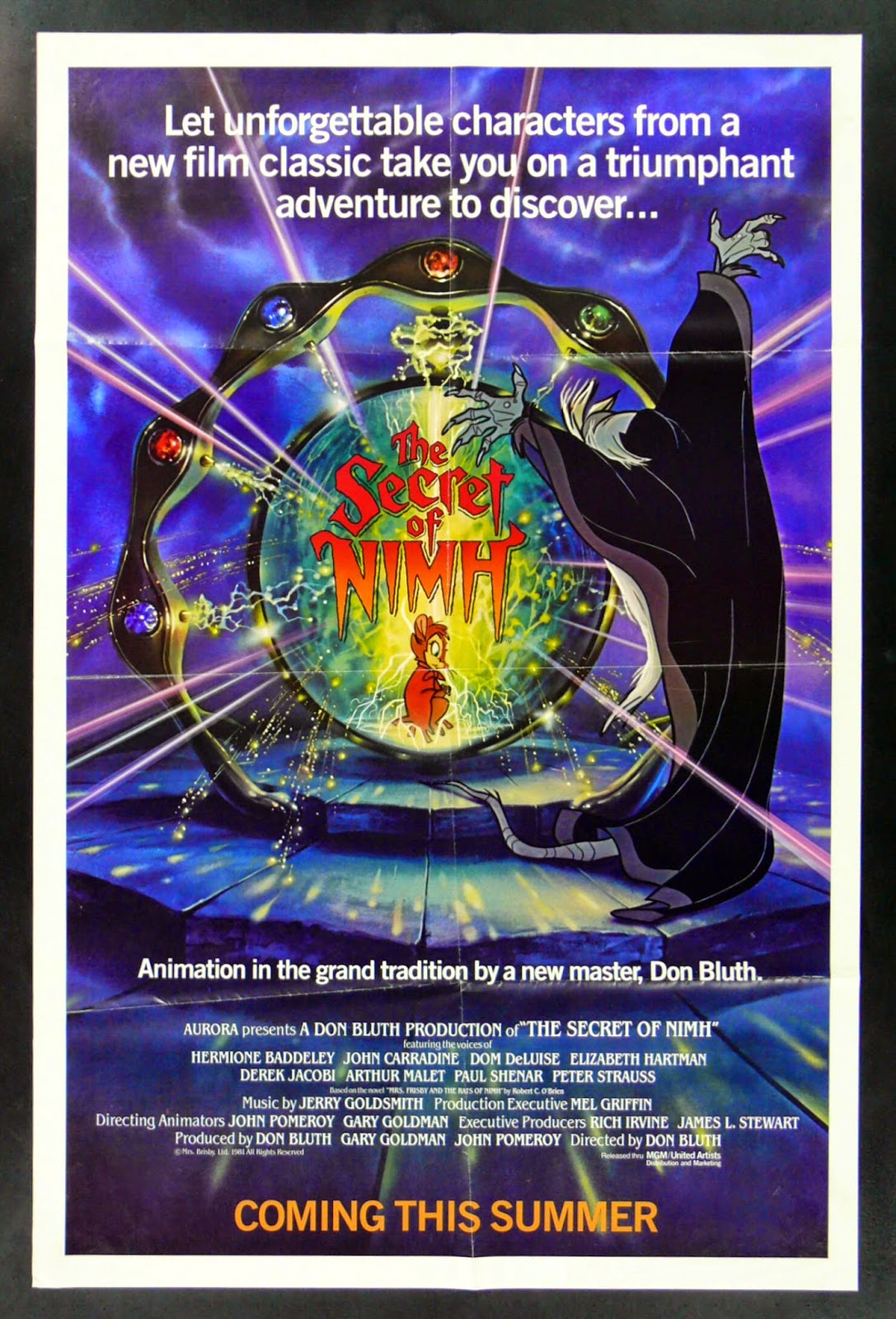 P.S.: Did you know who's careers (also) started with The Secret of N.I.M.H. ?
I wonder if Sheldon has the DVD in his collection as well... 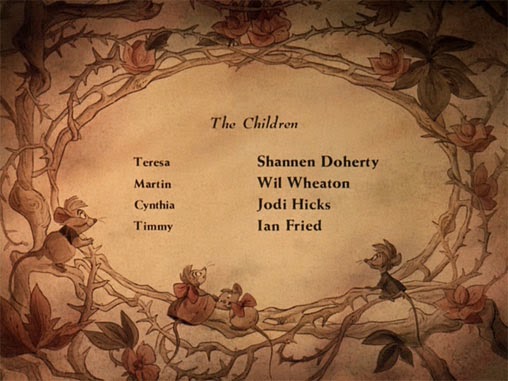