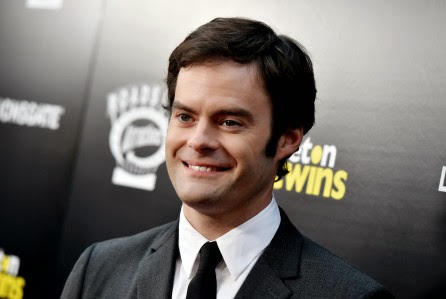 SNL's Bill Hader is to join the cast of Steven Spielberg's 'The BFG' based on Roald Dahl's novel.  Spielberg, Frank Marshall and Sam Mercer will produce while Kathleen Kennedy will be joint executive producer with John Madden and Michael Siegel.

Hader, one of the best things that ever happened to Saturday Night Live, is repped by UTA and Naomi Odenkirk from Odenkirk Provissiero Entertainment and law firm Felker Toczek Suddleson Abramson. The actor does voice work as well, and next can be heard in the upcoming Pixar Animation film Inside Out which will be released this summer by Disney. He also appears with Amy Schumer in the Universal comedy Trainwreck which she wrote for director Judd Apatow (who produced along with Barry Mendel).