Beware the Power of the Dark Side – DARTH VADER #3 Sells Out, Second Print on the Way! 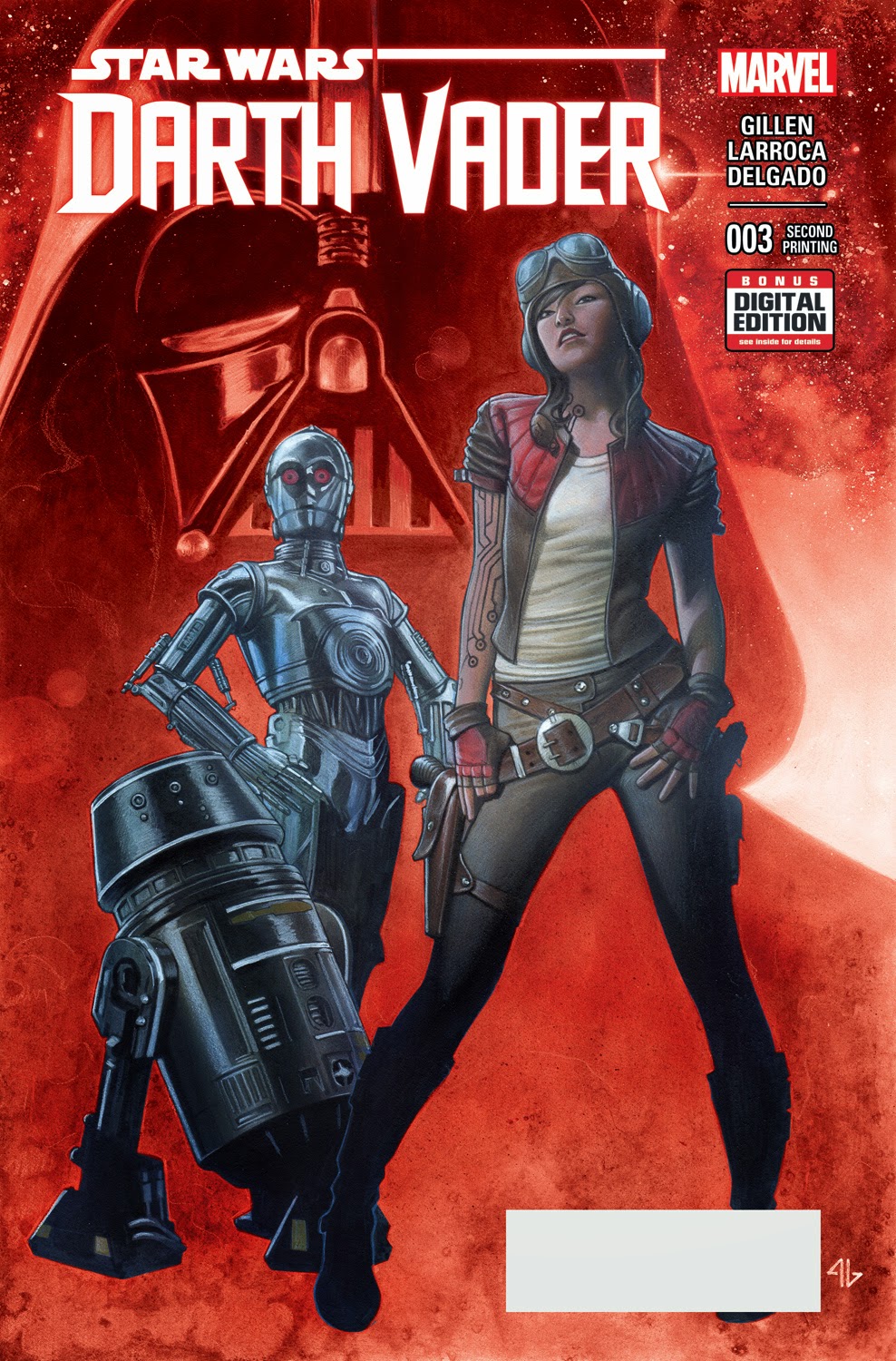 Critics and fans have spoken! Despite overwhelming demand and chart topping sales, Marvel is pleased to announce that DARTH VADER #3 has completely sold out before the book even hits store shelves. Though copies may still be available at retail level, retailers are strongly encouraged to check their orders on this second printing in order to meet demand.
Who is the mysterious renegade weapons archaeologist known as Aphra? More importantly – why does the Dark Lord need her help? Vader’s quest to reclaim his glory runs directly into the path of this brand new Star Wars character. Be there for her epic first appearance!
It’s not too late to jump on board the ongoing series that has the critics raving!
“Cinematic and haunting, Darth Vader is an excellent addition to Marvel’s growing lineup of Star Wars comics.” – IGN, on Darth Vader #1
“Gillen’s sharp writing suggests that it will be well worth following the Dark Path to the next issue” – NY Daily News, on Darth Vader #1
“Salvador Larroca’s art is masterful and glorious,”– Comic Book Resources, on Darth Vader #1

It’s never been a better time to join the Dark Side, so don’t miss out when DARTH VADER #3 returns to comic shops this April!