Watch The Jurassic Park Game As A Feature Length Movie.

If like me you can't wait for Jurassic World and are craving some new Jurassic Park, then you might be interested in this video.  A fan has kindly edited together the whole of TellTale Game's 'Jurassic Park The Game' that was released back in 2011 as a whole feature length movie.

It really is worth watching.  Ever wondered if anyone else got their hands on those embryos that Dennis Nedry failed to deliver?  Well the game plays out parallel to the ending of the first movie.  With Nedry's dodgy acquaintances waiting at the docks and getting impatience with his lateness they decide to go and investigate and hopefully get their hands on that shaving cream canister.

The game plays out over four episodes and if you fancy playing the game you can find it on Steam.  It's easy to play with the player pressing the appropriate buttons that appear on the screen and dialogue choices.  I finished the game just today and was really impressed with the game and in particular the story.  If you're not a gamer then I fear you are missing out on a hugely entertaining Jurassic Park story that sits nicely along side the first movie.

So thanks to Adam Koralik you can now watch the game as a full movie.  Featuring voice talent from Nika Futterman who played Asajj Ventressin The Clone Wars, the game is well acted with a wonderful soundtrack which of course has the famous Jurassic Park theme from John Williams.

sit back and enjoy a whole new Jurassic Park adventure. 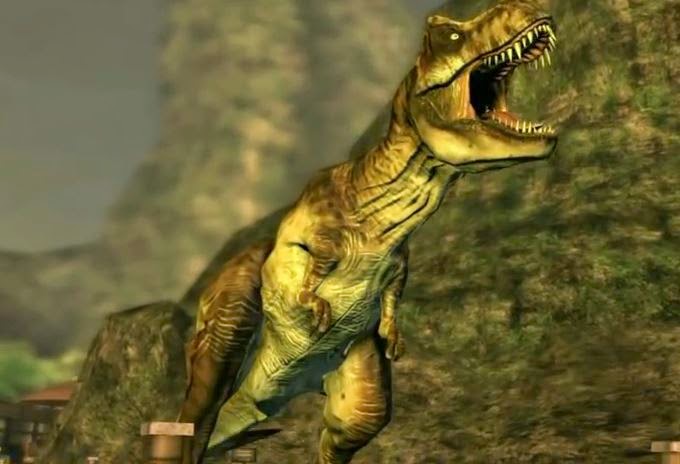