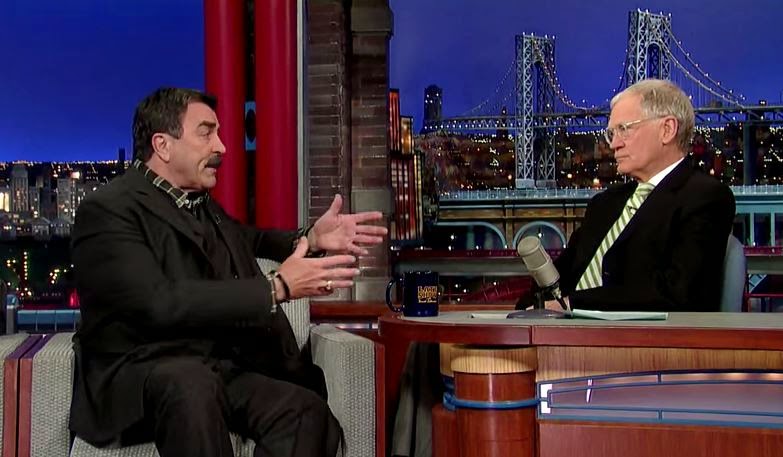 Tom Selleck sets the record straight on the David Letterman show regarding that famous Indiana Jones audition and the TV studios saying no due to work commitments on Magnum P.I.  It turns out that due to a writers strike, Selleck could have done Raiders of the Lost Ark after all.

Also listen out to Tom Selleck explaining how he got a lovely letter from Steven Spielberg saying it should have worked out (in Raiders of the Lost Ark) and that Steven owes Selleck a part.  He's still waiting.

Watch some script reading with Tom Selleck as Indiana Jones