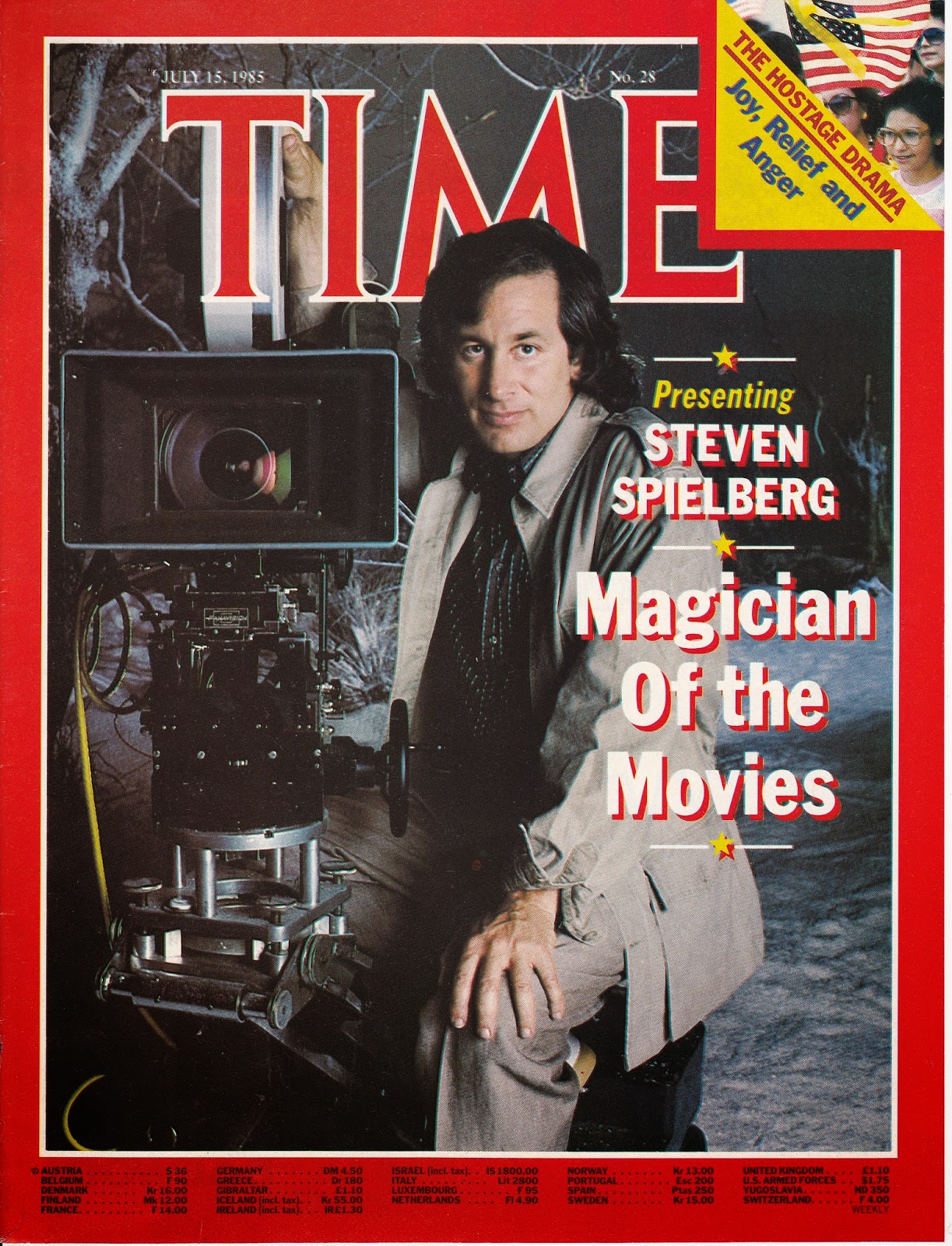 Most of you probably have seen images of this cover from Time Magazine, July 15th 1985 somewhere.
But have any of you ever read the accompanying article ? 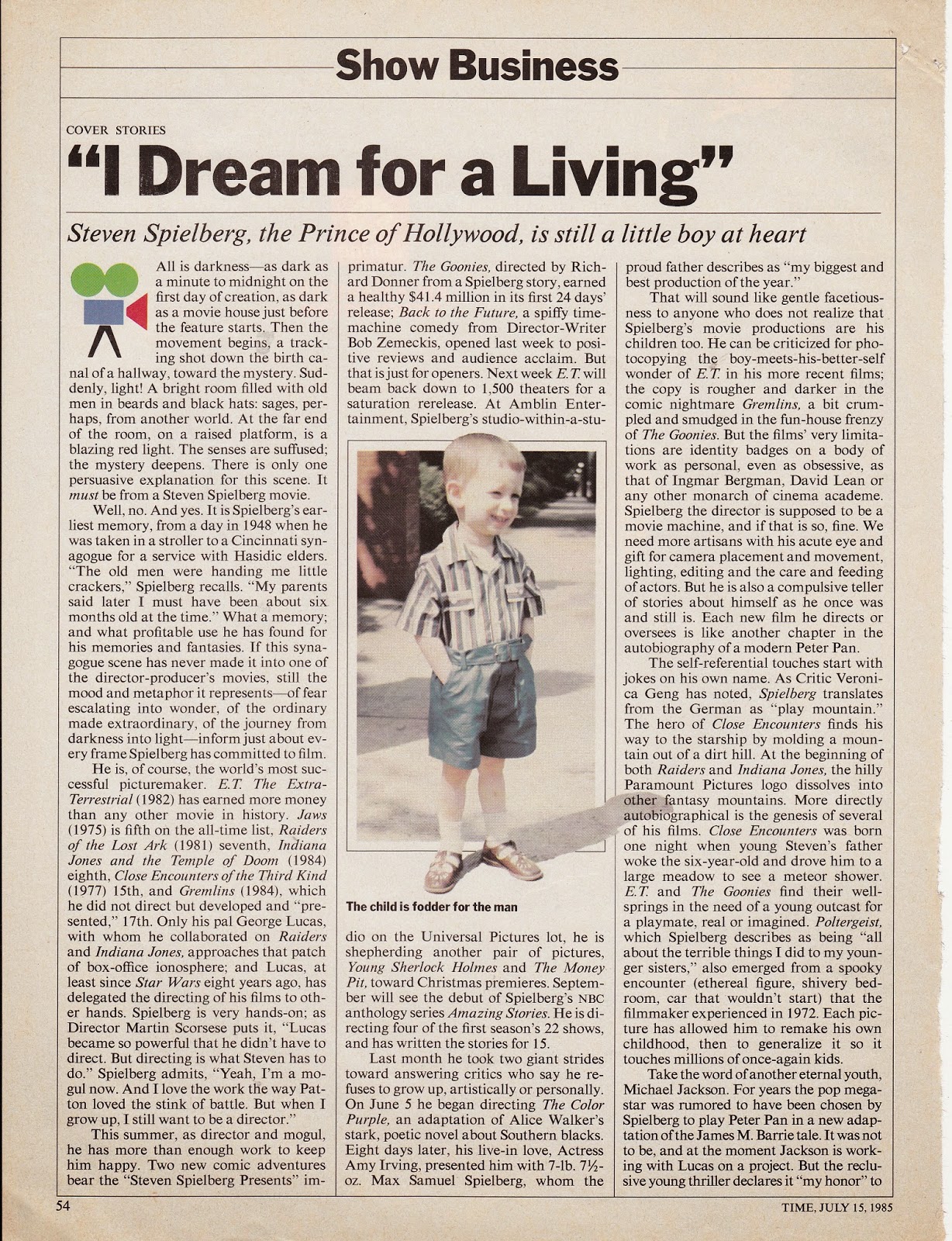 In 1984 Steven, Kathleen Kennedy and Frank Marshall founded Amblin Entertainment
(even though the first film released as an Amblin-production,
Continental Divide,
had been released as far back as 1981) 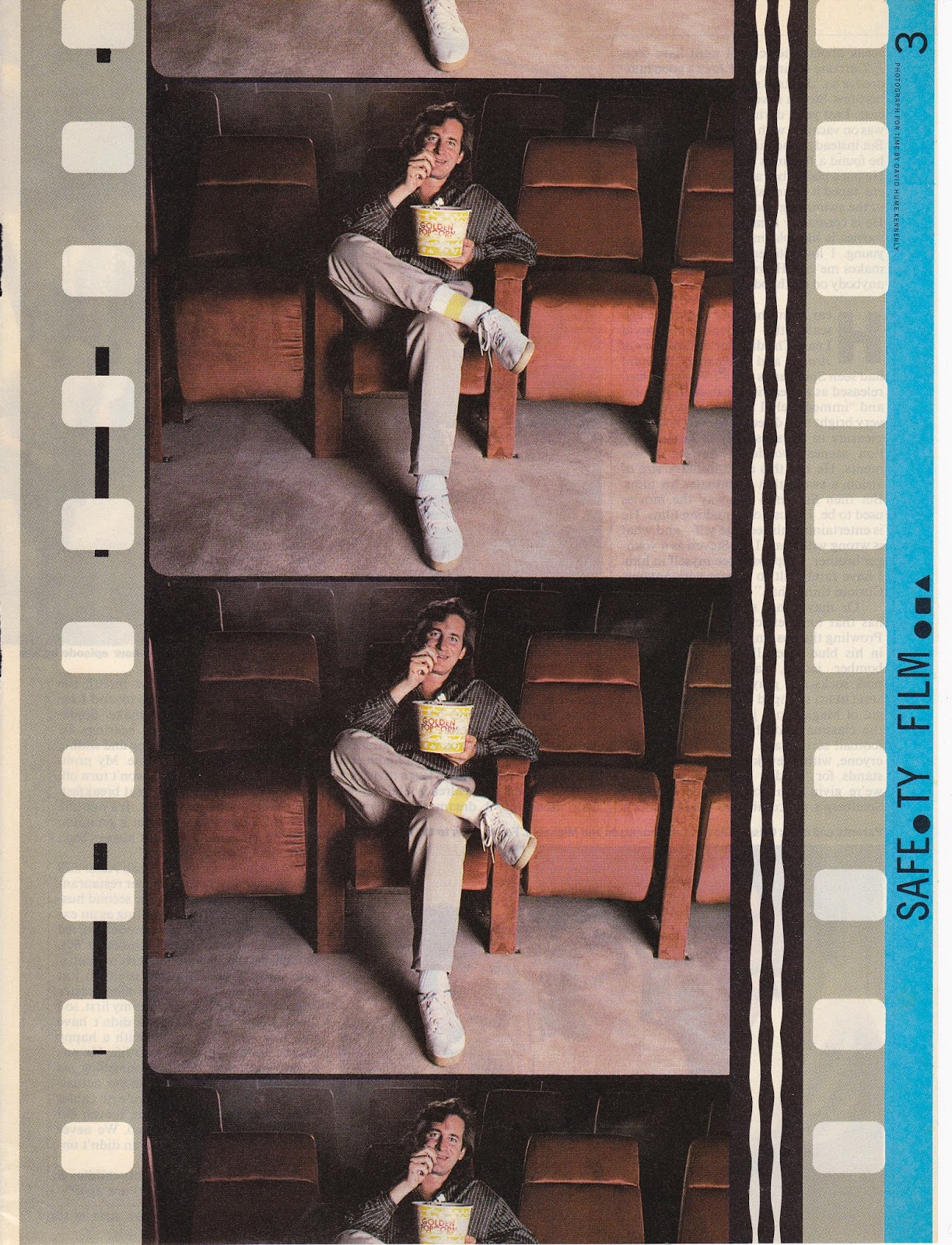 In 1985, only 1 year after it's founding, Amblin celebrated a glorious year,
with cinematic releases like Fandango, The Goonies, Back to the Future,
Young Sherlock Holmes and the Pyramid of Fear and Spielberg's own The Color Purple.
But Amblin also started to invade the smaller TV-screen in August of that year,
with the start of Amazing Stories on NBC. 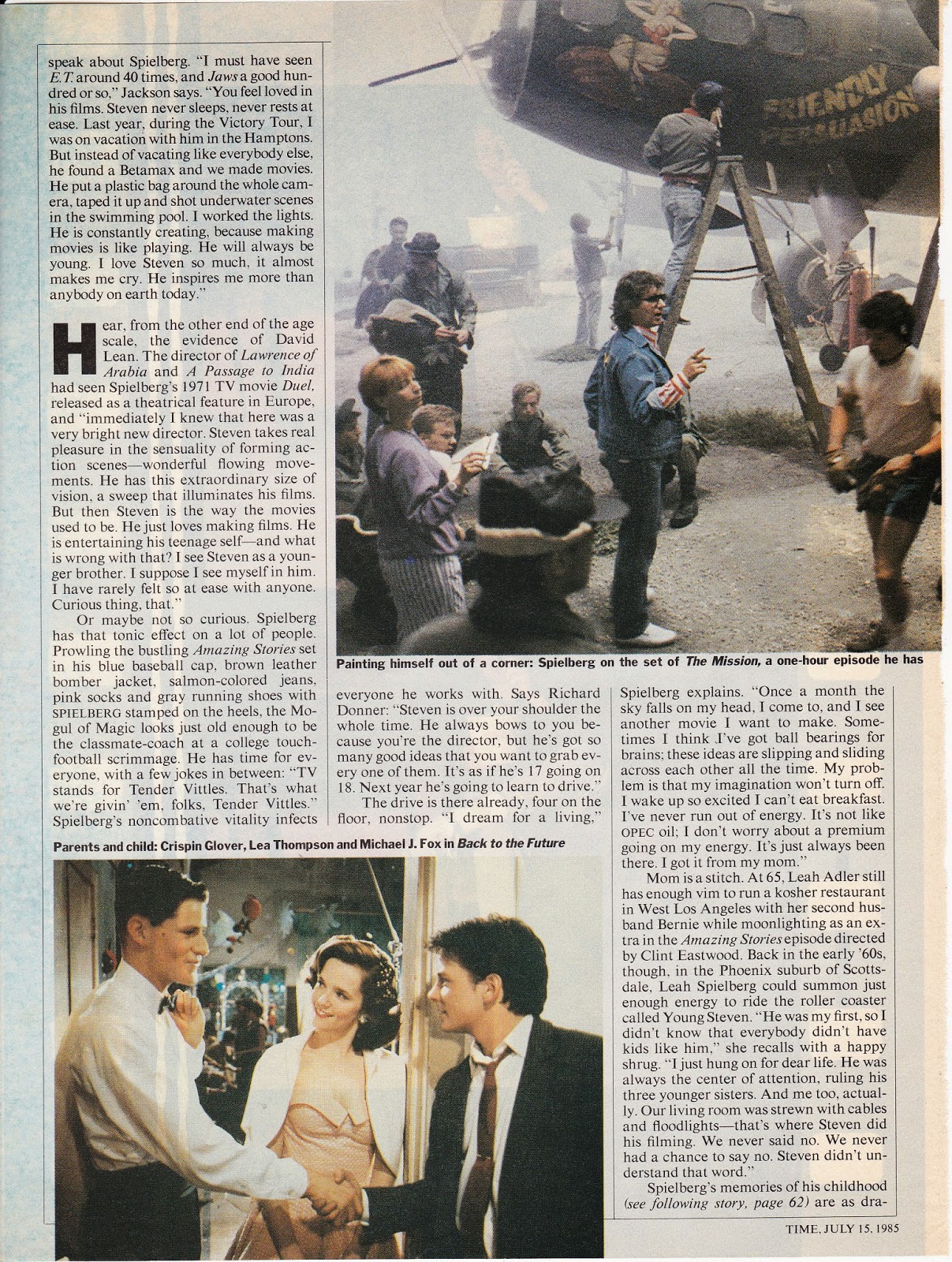 The sky seemed to be the limit. 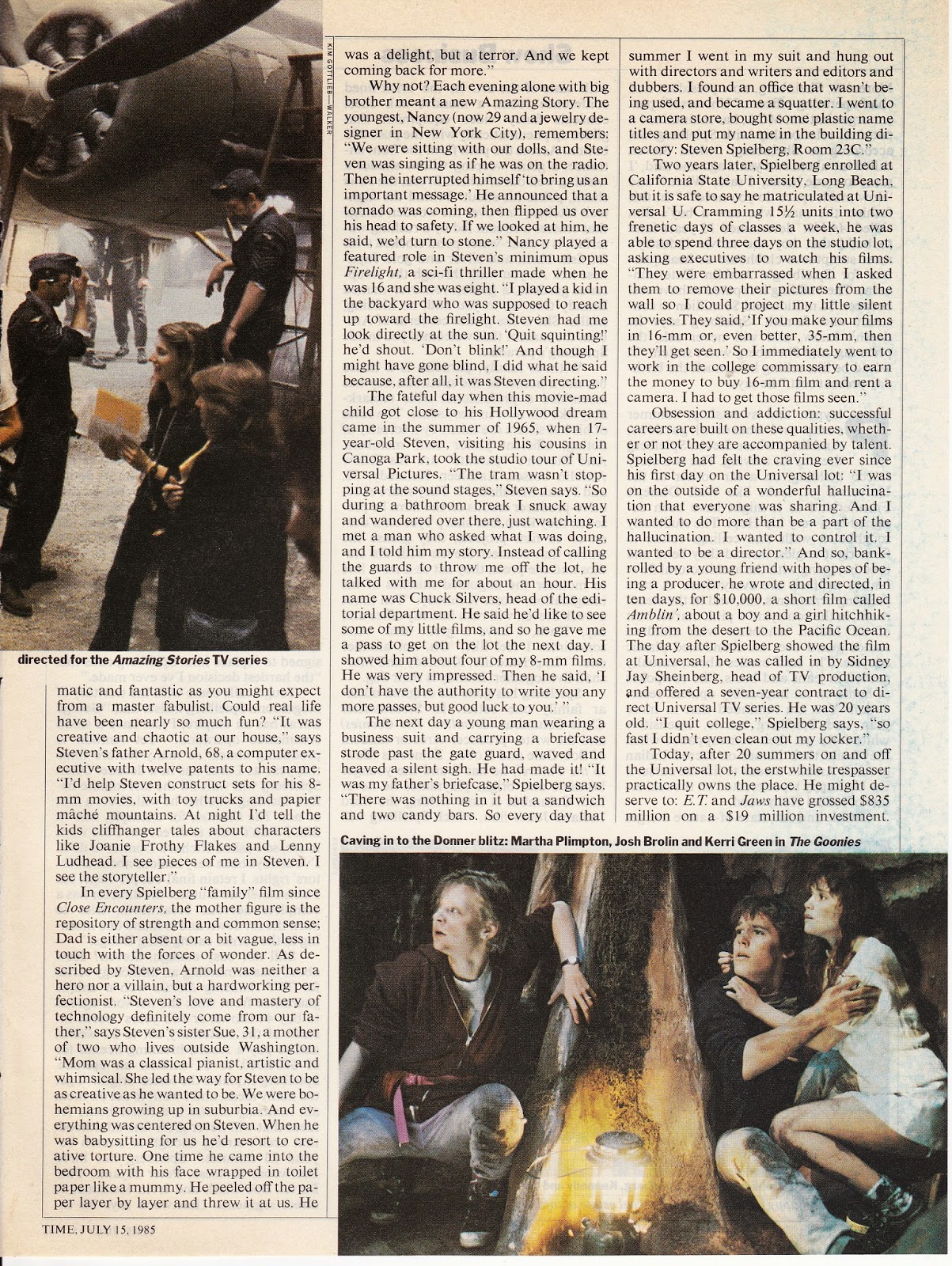 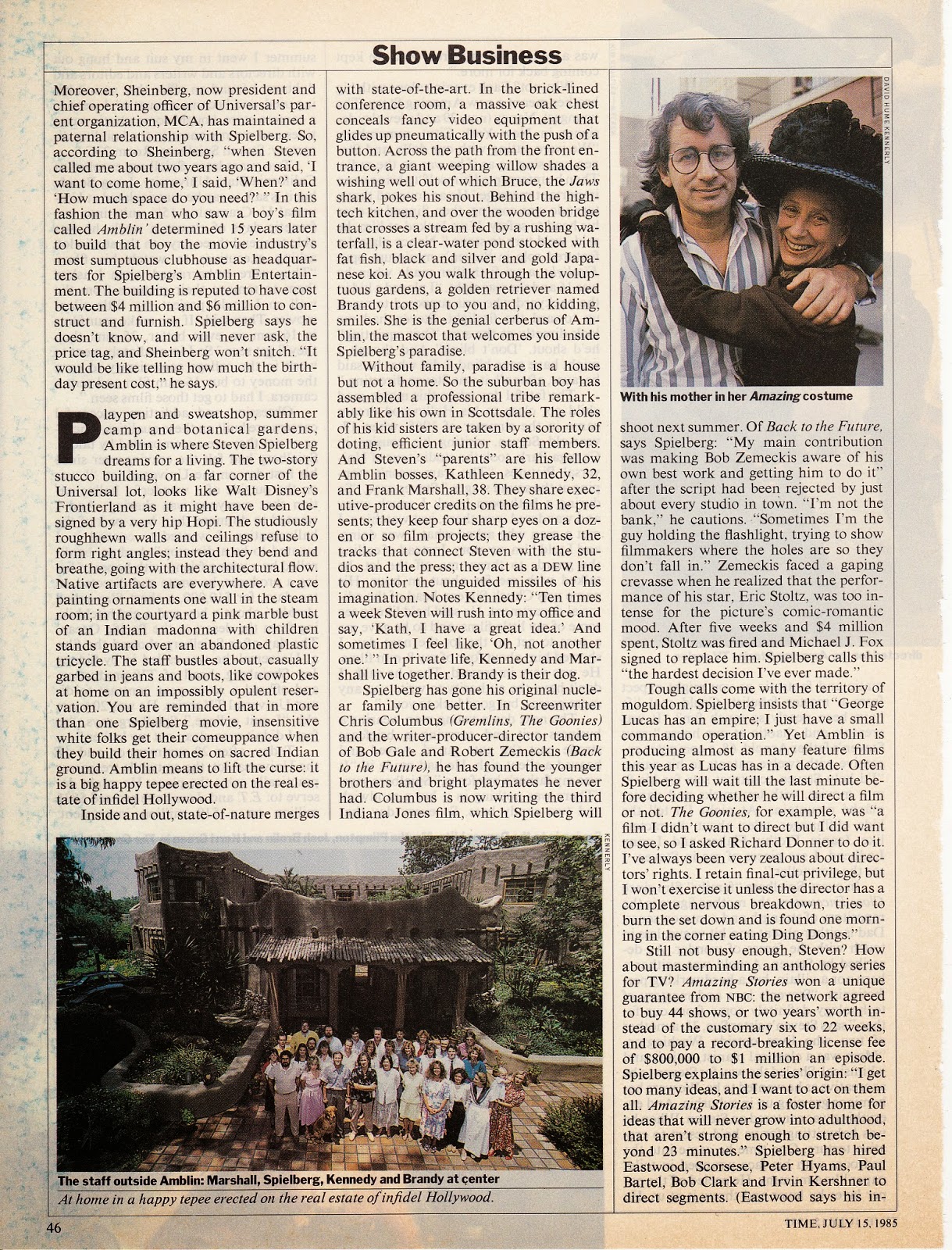 Thankfully a few years ago Steven decided to (re)start Amblin again as an active production house.
He started using it as a production facility for new TV-shows, resulting in such different series as The River, Under the Dome, Red Band Society, Falling Skies,
The Borgias, Terra Nova, The Americans and Extant.