Steven Spielberg - Can You Spot The Mistake From This Dutch Magazine 1984? 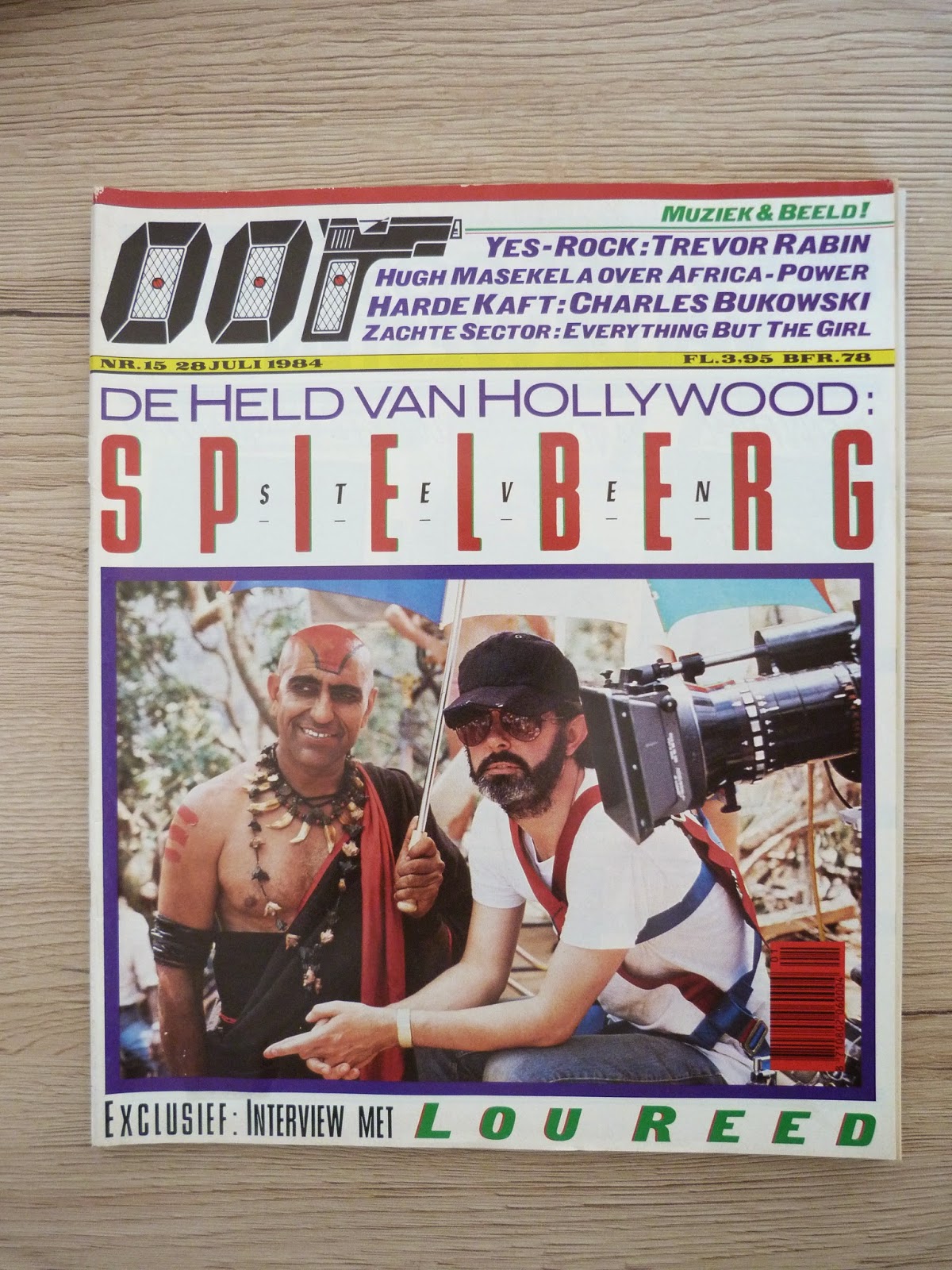 Rummaging through my old magazines I (re)discovered this gem from 1984.  It's a Dutch magazine with it's main focus on music, but from time to time big (event) films are reviewed as well.

I could show you the 8-page article, which is nicely written, but since it is in Dutch, I figure it won't be of much use to you unless of course you speak Dutch.

However, the thing that has bugged me ever since I saw the magazine on the shelf in '84, is why nobody on the staff of the magazine noticed this big mistake on the cover ? 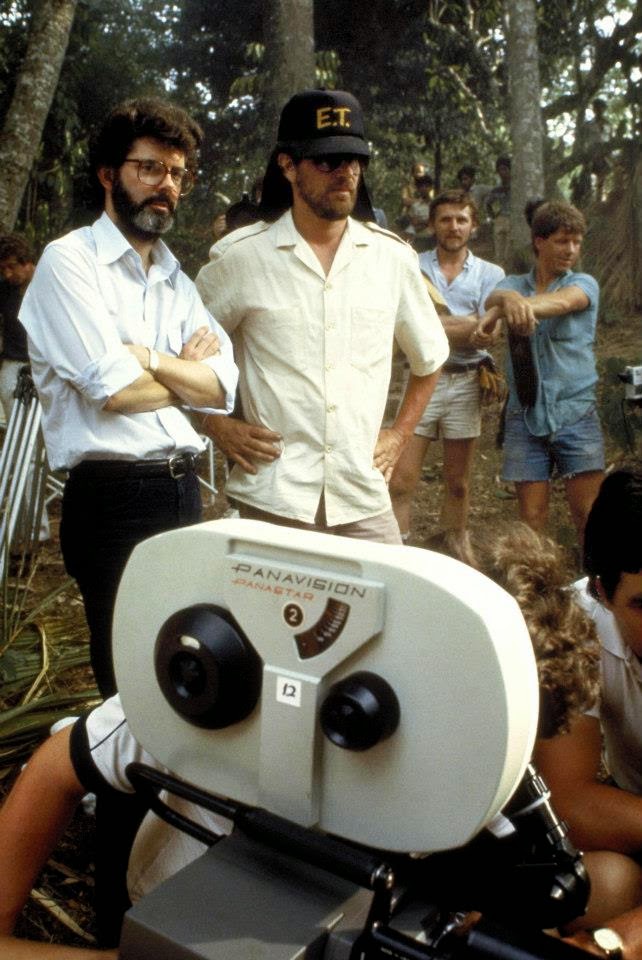 I know Steven and George looked (a little) alike in those days, but hey, part of the job of a reporter is investigation, isn't it?

Even my daughter (who isn't into Spielberg  the way I am (but I don't blame her) immediately noticed the error, by just checking the glasses (Steven is wearing regular glasses is what she said, so I can be proud of her after all), so why didn't anybody in the editing department of the magazine take a bit of time to check the cover?

They can't blame the internet, for the simple reason that there wasn't any so the still must've come from stock.

I know it's not an answer, but than again, it's been bugging me for over 30 years...

There was another interesting item I noticed while re-reading the article.  It's the final line that awoke me. 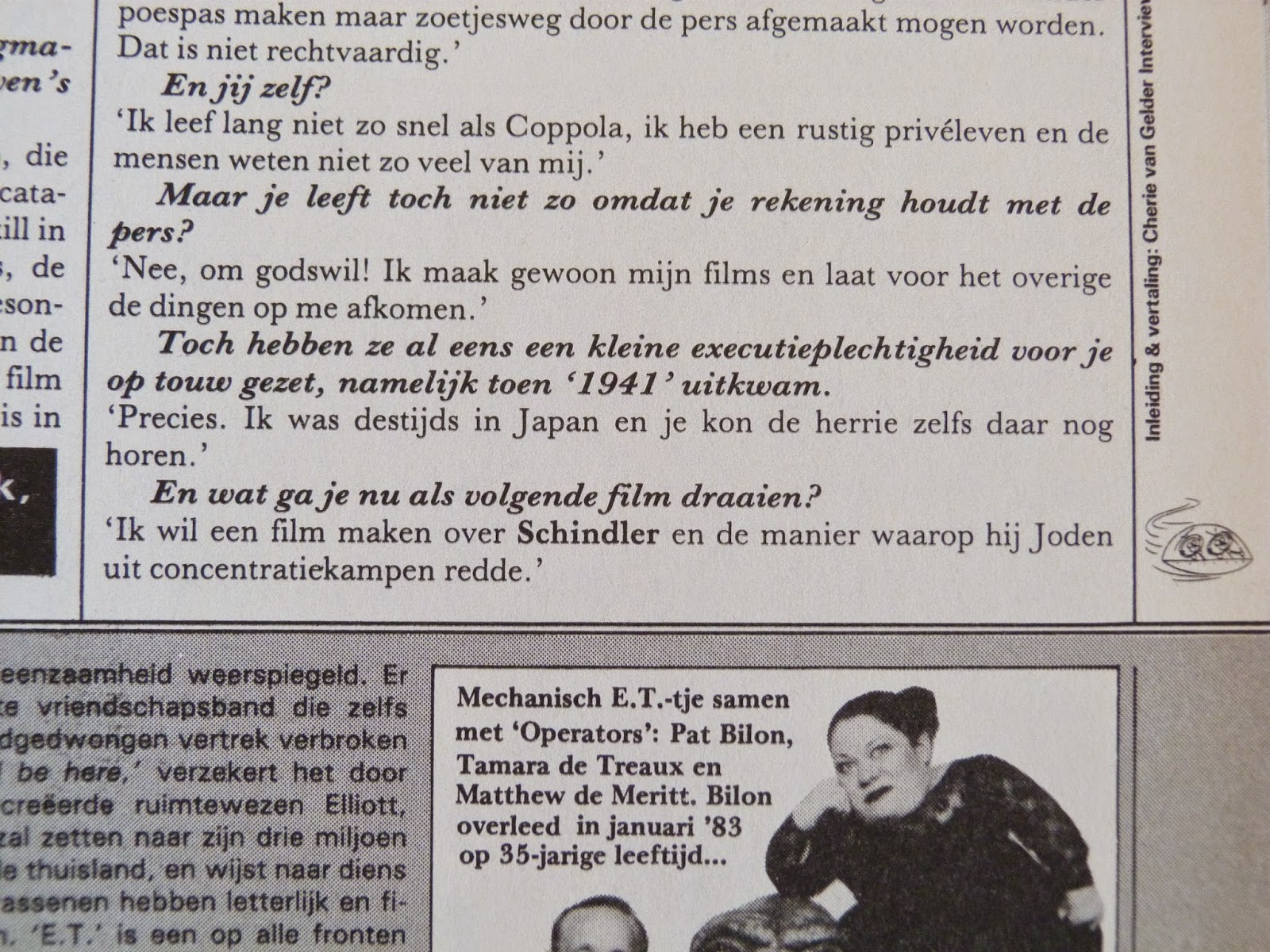 It again proves that Steven had been working on the idea for Schindler's List ever since the early 80's.

Well, it was worth the long preparation and wait.