SPIELBERG: The Secret To His Success (A Look Back At Punch Magazine) 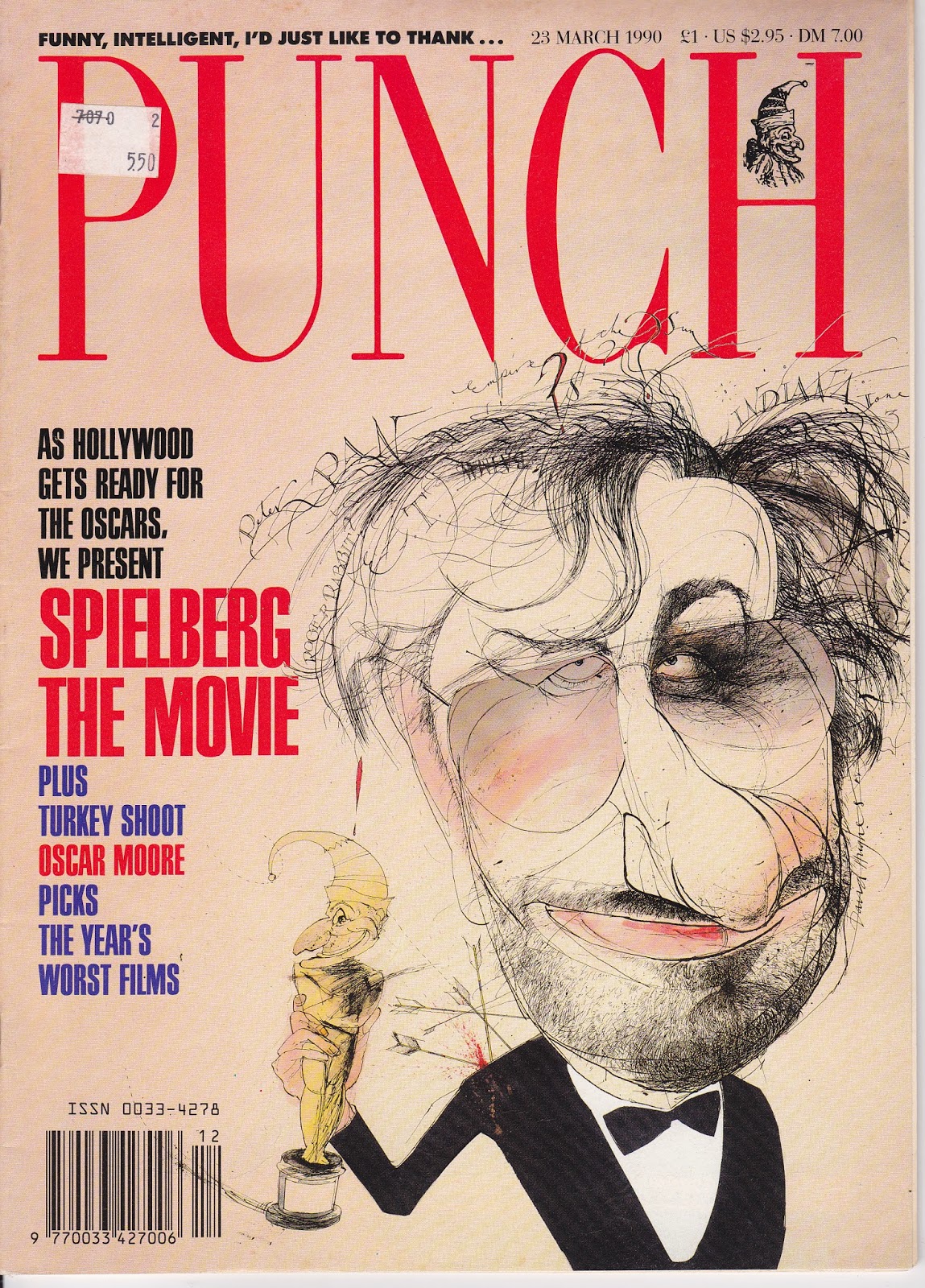 Punch (Magazine) was a weekly British magazine, filled with British humor and satire. It was established in 1841 by Henry Mayhew and Ebenezer Landells, but seized to exist in 1992, it was revived again in 1996, but ultimately it closed in 2002 and hasn't appeared since.

In the 80's and 90's I was fortunate enough to work in a magazine-store, from time to time, and that's when I found/obtained an edition of Punch, published in March 1990, with Steven on the cover. I bought the magazine without knowing what it was all about, but merely because it had the image of Steven on the cover, thus meaning there would be an article inside.

And since I love jubilee I thought it would be time to share the contents (well, not all) with you, since this edition of the magazine is almost 25 years of age. 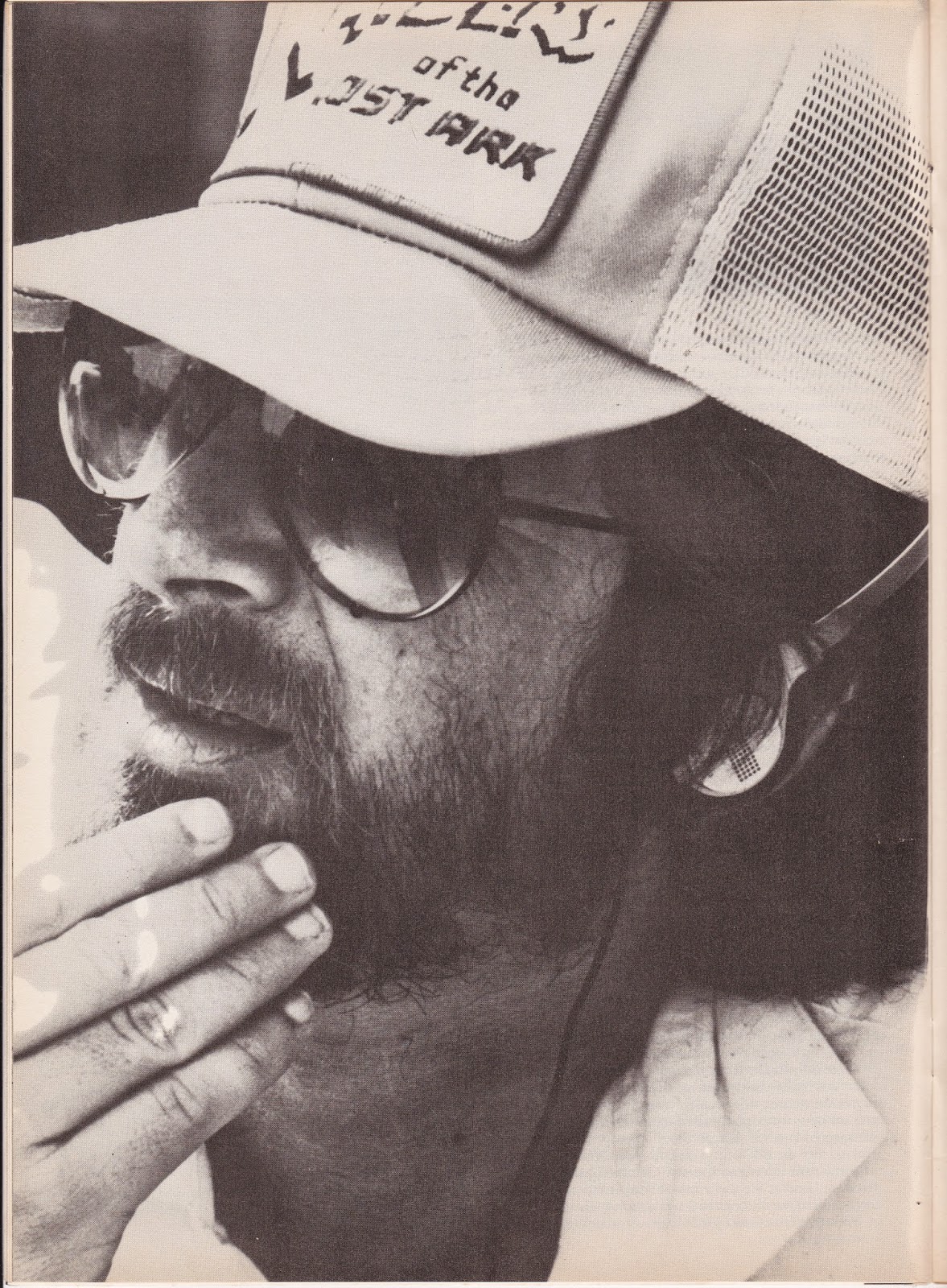 Just remember this: humor is very personal, and seen the age of the magazine, the jokes may be a bit dated... 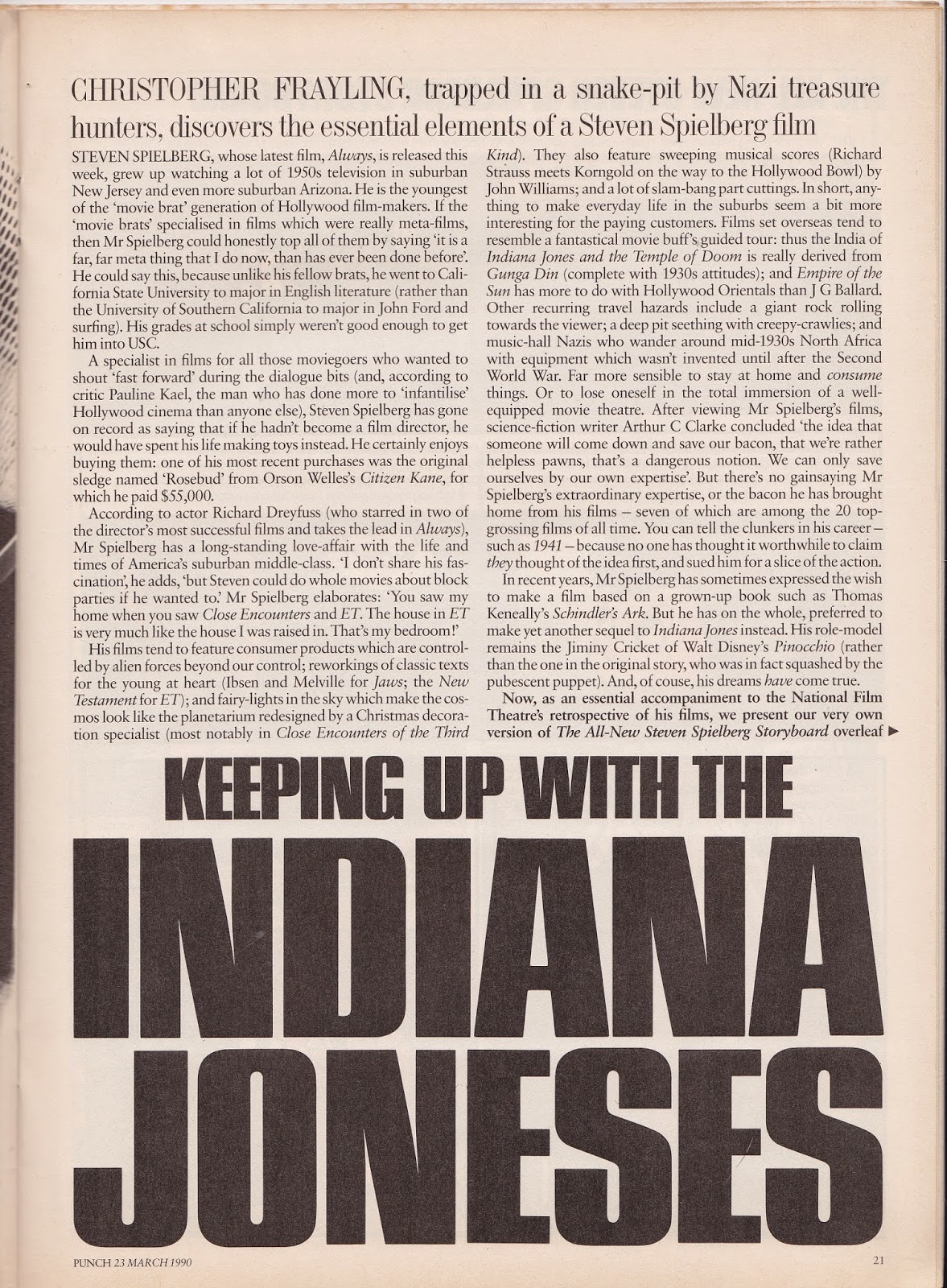 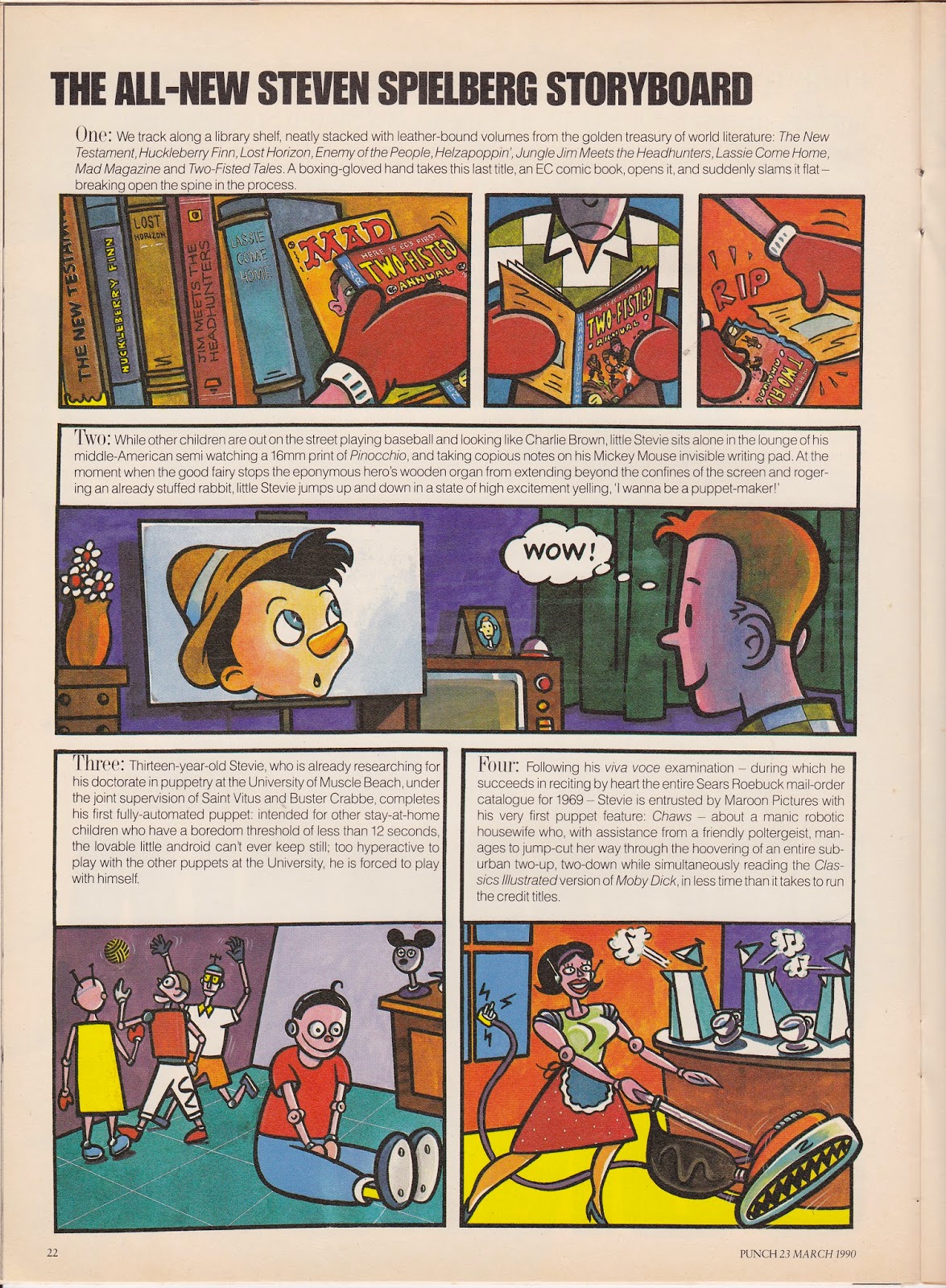 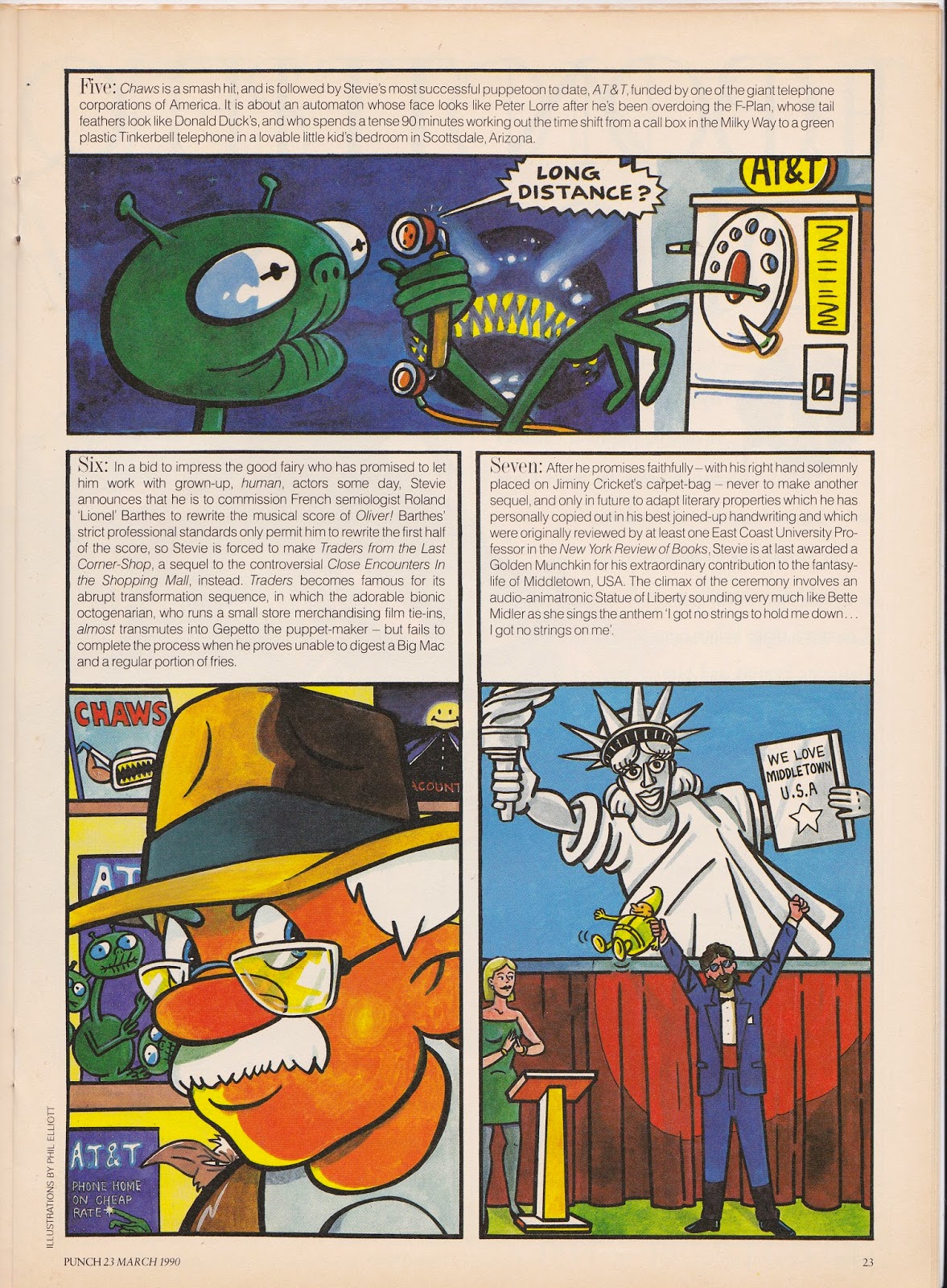