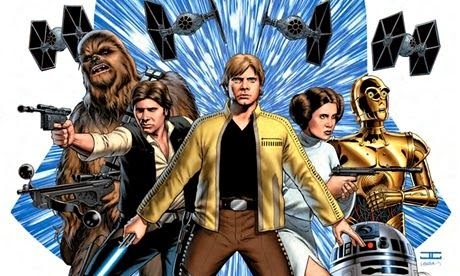 Marvel Star Wars #1 - Worth The Hype?

The last few weeks the Star Wars community has been showering praise all over the new Marvel Star Wars #1 comic.  It’s been difficult to miss, social media, websites and podcasts have been mentioning just how good the new instalment is by Marvel who recently took back the Star Wars comic book reign from Dark Horses.

Well personally myself I shrugged my shoulders and thought good for them.  You see I'm not much of a comic book guy (or should that be graphic novel guy?)  I never have been.  I think you can count the number of Star Wars comics I've read on one hand.  In fact you can.  The Thrawn trilogy so there’s three and Splinter of the Mind’s Eye.  So that’s four I guess.  As a kid I read a few of the classic Marvel Star Wars comics so okay maybe two hands.  But that’s it.

So the other day I was listening to the latest Coffee With Kenobi podcast and the hosts, Dan Zehr and Cory Clubb started talking about Marvel Star Wars #1 and how good it is.  Words like ‘its like a movie’ and ‘any Star Wars fan should read this’ were ringing in my ears and I thought enough is enough!  I will read the comic and make up my own mind.

I already had the comic in my possession.  You see I’m a sucker for anything retro and when I saw there was a variant cover in the style of a vintage Kenner figure I just had to get it (with no intention of reading it.) 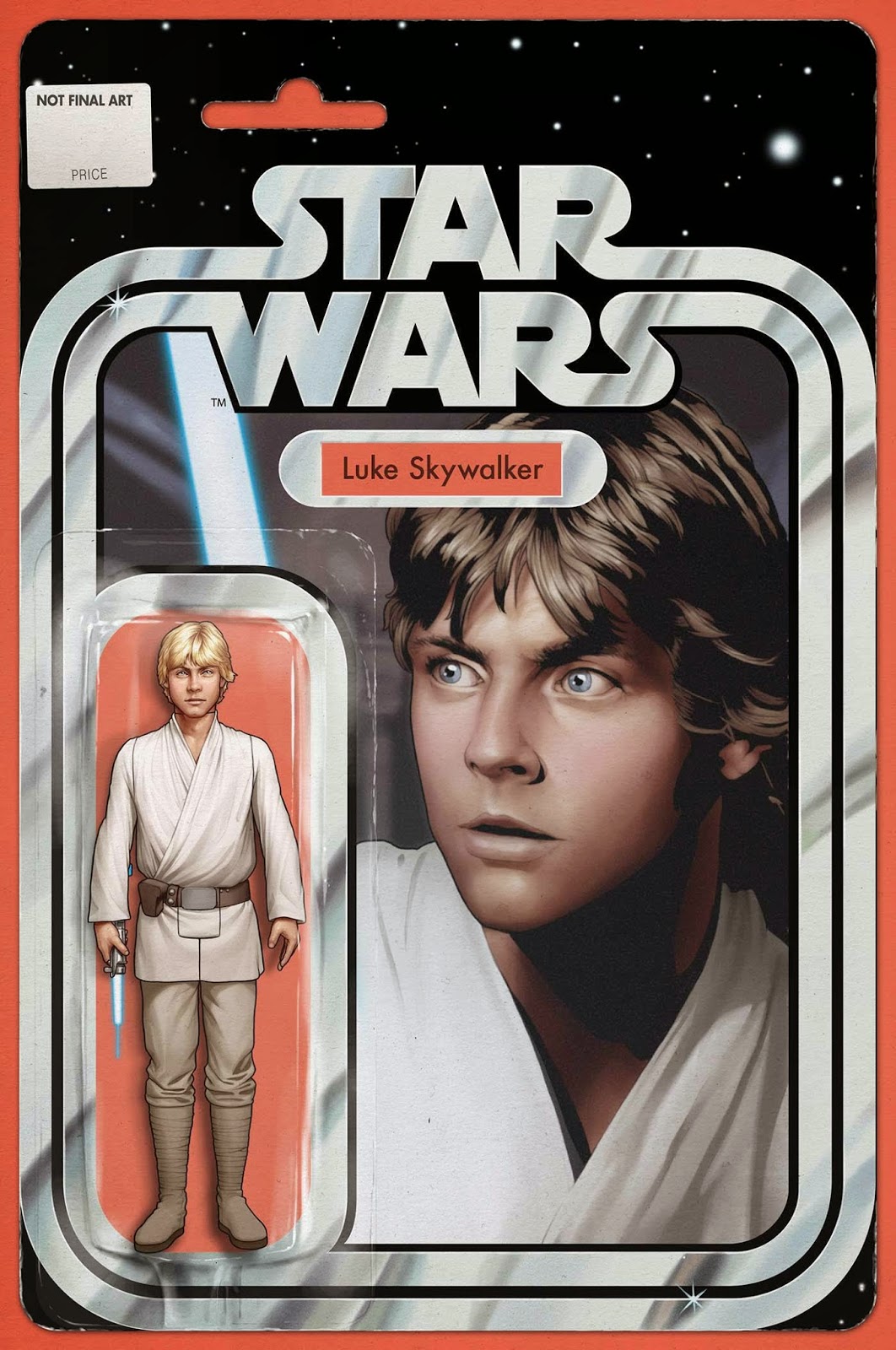 I thought I would make this a special event.  I sat down and opened the packet.  I slipped on my headphones and decided to play the Return of the Jedi soundtrack complete with the familiar Fox opening.  It fitted perfectly.  I turned the page and the first thing I see is ‘A long time ago in a galaxy far far away….’  My anticipation was growing.  I turned the page.


Wow!  And at that point the familiar opening music to Star Wars blasted in my ears.  Goosebumps ensured.  I've not had this reaction since watching Star Wars on the big screen.  Turning the page with a smile on my face I then read the opening crawl so ingrained with any Star Wars movie.


‘Book 1
Skywalker Strikes.
It is a period of renewed hope for the Rebellion.’

By this point I was hooked.  Music playing (Star Wars Main Title and An Unexpected Visit was the track name if you want to copy this experience) and I waited for the right beat to continue and believe me it was worth it.  The first few frames show a Tatooine shuttle approaching a planet, a fitting opening to any Star Wars film.  Again the music fitting the scene perfectly.  I turned the page and the next and the next.  What followed was as close to a cinematic experience you can get from reading a graphic novel (noticed not a comic any more?)

I'm not going to give anything away about the story but what I will say is, expect classic Star Wars and I mean classic.  The story is immense and sets up an epic story that I know anyone who reads this first instalment will be there for the whole fun ride.

The writing by Jason Aaron is perfect and the dialogue between classic characters is perfect.  My problem in the past with comics and novels is I've had a hard time imagining my favourite characters from the movies saying that line or making that reaction in the publication I was reading.  Not so here.  Every line and every action is beautifully told and accurate to that character.  This is helped with the sublime artwork by John Cassady who captures every emotion.  It’s not over done which has been another problem I've noticed in the past.  This was all about the characters and not some glaring environment.   Just like classic Star Wars.

I have one problem and that is it took me less than ten minutes to read.  I wanted more and before I knew it I was reading the preview for the upcoming Darth Vader and Princess Leia series which look equally as good.  I've already ordered the Darth Vader variant cover version and of course #2 of this wonderful series.

If, like me you were on the fence with Star Wars graphic novels or never bothered then order this first episode by Marvel.  You won’t be disappointed.  A whole new avenue of Star Wars is in front of me and will be for you too.