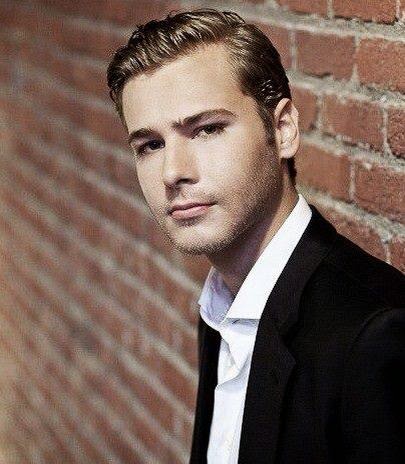 Interview With Anthony Ingruber Who Looks And Sounds Like Harrison Ford.

The Age of Adaline starring Harrison Ford hits cinemas in April and The Bearded Trio caught up with Anthony Ingruber who plays a younger version of Ford's character in the film.  Anthony is an Internet sensation with his many impressions which include characters such as Hooper and Quint from Jaws, Ian Malcolm from Jurassic Park and most famously, Han Solo himself.  We asked about his time on set along side Ford and also his voice talent.

The Age of Adaline is out in April and in it you play a younger version of Harrison Ford's character, William. What was is it like to not only work with Harrison Ford but the added challenge of working as the same character that Ford is playing in the same movie?
It was a very surreal and fantastic experience working on the same set as the man who was your
inspiration to become an actor and your childhood hero. The entire series of events leading up to getting cast in this film and the actual role itself was such a whirlwind and really a childhood dream come true. I did discuss the details of how best to portray the character with the director Lee Toland Krieger, to find the balance between using the various mannerisms in my impression to delivering an original performance. It was important to remember that even though Harrison is such an iconic star and such a recognizable figure, the character of William is very different to Han Solo or Indiana Jones for example.

What did Harrison Ford think of your portrayal of a younger him?
I'm told he made some funny jokes abut the likeness when he saw some set photographs that were taken of me.

Now the movie has an intriguing story of a woman who is rendered ageless after an accident so effectively becomes immortal. Some would think this is a dream come true but as the movie touches on relationships throughout her life it can have a flip side. What are your thoughts? Do you like the idea of immortality or has filming The Age of Adaline made you think differently?
I think Adaline explores the realities (if that is an appropriate word?) of immortality; the god-like invulnerability to aging is offset by the heartbreak of consistently out-living those close to you. I think the film will resonate with audiences on that note and has certainly made me wonder about that. I myself would find immortality more of a curse than a blessing for those reasons.

I see you worked at Weta workshop and helped on the set of Avatar. What was that like?
After high school I had the very good fortune to be offered a position at the workshop by Sir Richard Taylor and it was at that time I realized that I wanted to become involved in films and animation. Seeing the amount of talent and craft that went into creating such beautiful cinematic epics was truly inspiring and for me it was like being at Disneyland from Monday to Friday. I was able to assist the makeup, costume and prop design departments and I was very humbled by the amount of skill and talent I saw there.

Moving back to your voice talents I've checked out your Youtube channel and I am blown away by the impressions you do. Your range of voices and impressions are so impressive. Do you have a particular favourite?
I think Harrison is still my favorite but its always fun to switch suddenly to my Jack Nicholson and see peoples reactions. Around Halloween I'm usually grabbing my friend's faces and whispering "why so serious?''...I'm unsure as to whether or not they enjoy that as much as I do.

Surely you have a huge future in acting and as a voice over artist. Your Mark Hamill's Joker and of course Han Solo impressions are some of the best I've heard. Have you met any voice over artists such as James Arnold Taylor and have they given any advice to you?
Thanks very much! Voice acting is something I would love pursuing in addition to live action performance and I'm constantly working to better myself and expand my range. When I was 18, I made a metal gear solid video on youtube impersonating David Hayter as Solid Snake; I was absolutely delighted when I received a message from him congratulating me and urging me to continue and it was a great shot in the arm. 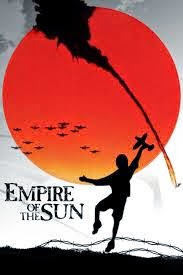 I can't help seeing that quite a few impressions come from Spielberg movies. (Jaws, Jurassic Park, Minority Report.) Do you have a particular favourite?
Its difficult to choose a favorite Spielberg movie but a film that struck a chord with me when I was younger was Empire of the Sun with John Malkovich and a young Christian Bale. The story of a British diplomats' son being separated from his parents during the Japanese invasion was a frightening worst case scenario that could very easily occur to me, being the son of the Australian ambassador. Indeed my mother was heavily pregnant with me during the Philippine coup attempt in 1989.

Some of your impressions come from the world of video games such as the excellent Bioshock and Metal Gear Solid.  With the likes of Telltale Games picking up the rights to The Walking Dead and Game of Thrones could you see  yourself getting involved in the games industry and performing as a famous character?  Who would you like play?
I would leap at the chance to become involved in the video game industry; being a huge gamer myself. Providing the voice and also performance capture for a character and then seeing the end result in next gen hardware would be very exciting. I would love to portray a controversial character like Booker Dewitt from BioShock infinite or a gritty, hardened underdog like Max Payne.

You played Han Solo in The People Vs George Lucas. Are we likely to see you return as Han Solo in the future? (Rebels?)
Ha ha I hope so!

Finally if you do requests can I request a Sallah impression from Raiders of the Lost Ark please.  John Rhys-Davies' welsh accent will do ;)
Challenge accepted...but if i cant do it then ill pretend I forgot.

The Age of Adaline hits US cinemas at the end of April.