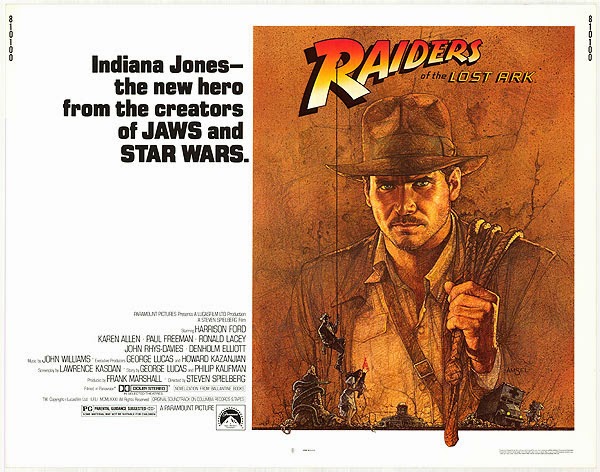 Most of you are familiar with the Indiana Jones posters by Drew Struzan and Amsel (Raiders of the Lost Ark). 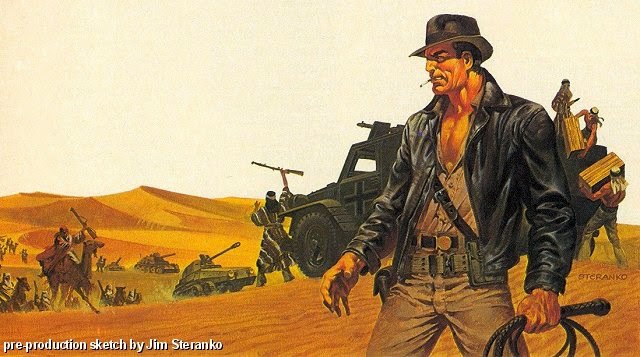 But initially Indiana Jones had a different, much tougher look than how we have come to know him. 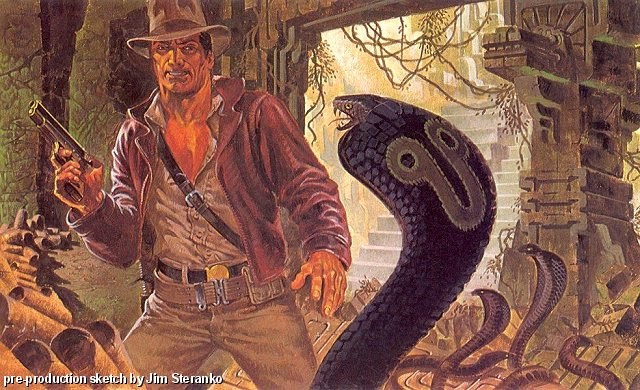 This Indy had no trouble at all, with snakes.

The early concepts for Raiders of the Lost Ark were drawn by Jim Steranko, an artist with a highly successful career in comics. 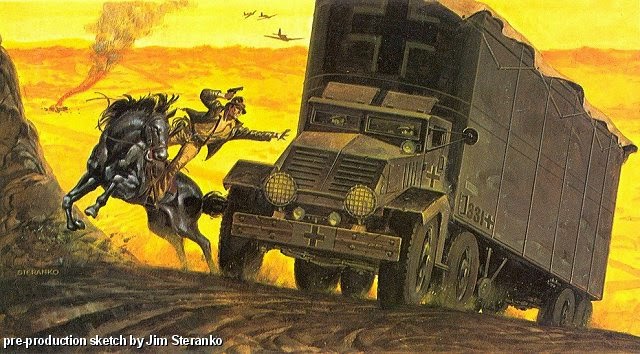 Besides working on Indy, Jim Steranko also had a go at Star Wars and produced (among others) this beautiful magazine-cover. 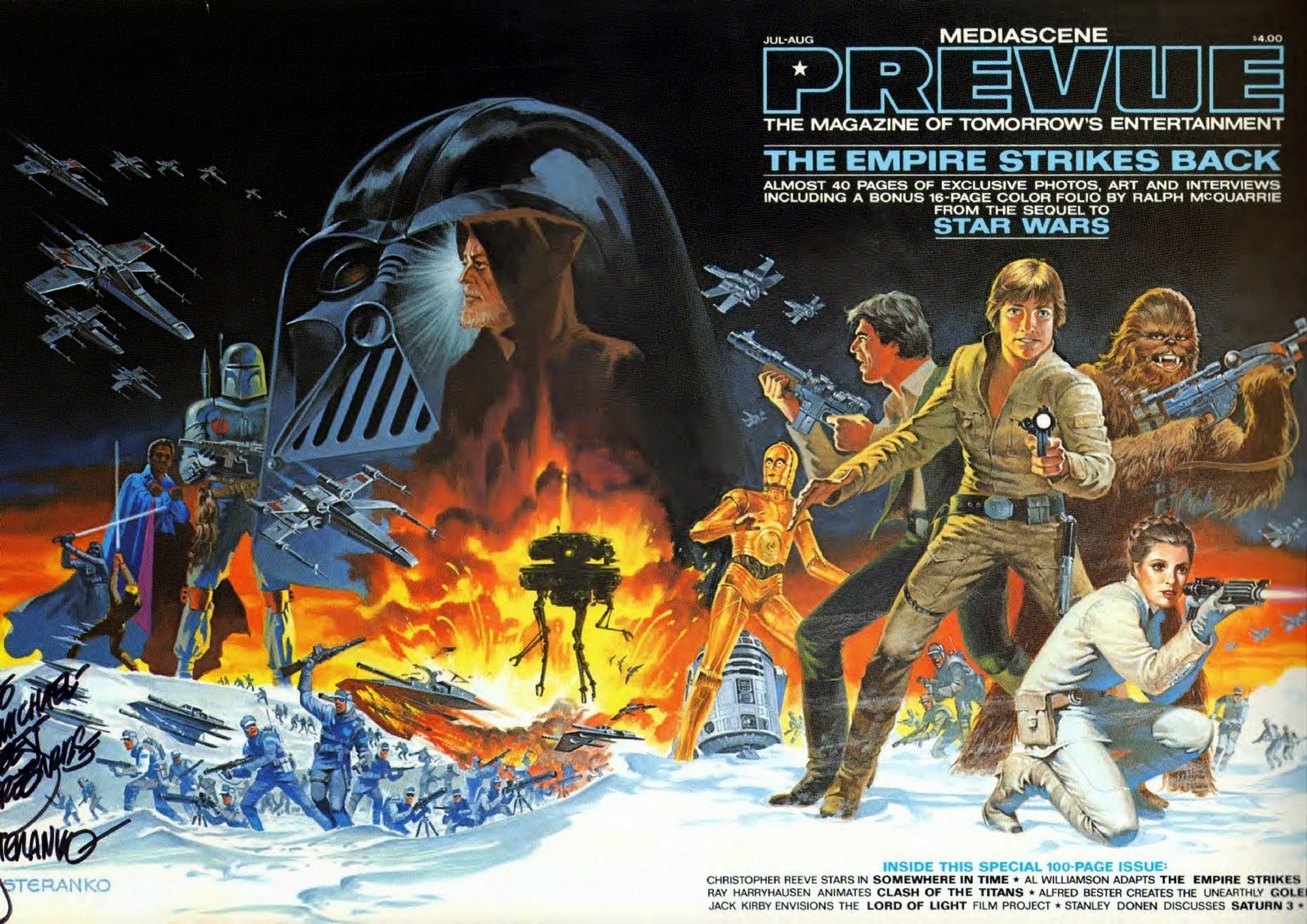 Not all of his work was lost, one of his drawings was used by Kenner for their Raiders of the Lost Ark Boardgame. 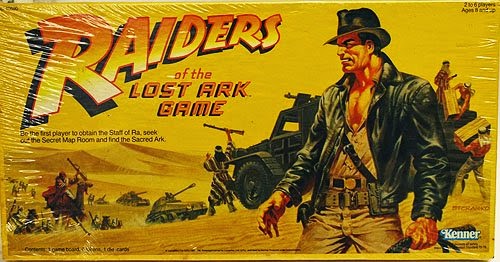 If you want to know more about the artist and his work, check this site: