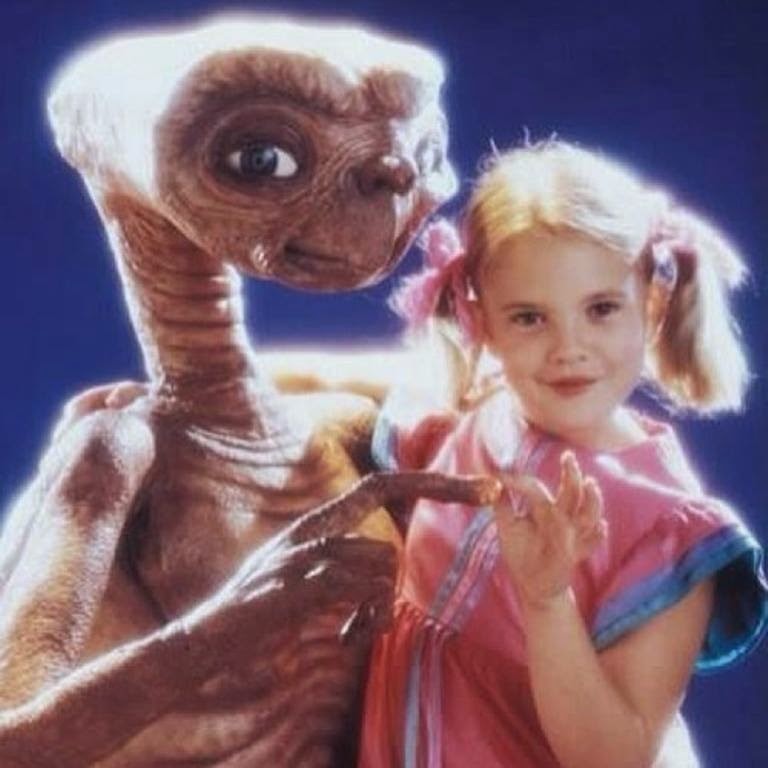 Today's birthday girl is Drew Barrymore or as we have come to know her, Elliot kid sister Gertie.

Originally however Drew auditioned for the role of Carol Ann Freeling in that other film that Spielberg was attached to in 1982: Poltergeist.

Spielberg decided otherwise and gave her a part in E.T, the Extra Terrestrial and in the process became drew's godfather.

At the age of 20 she tried to shock Steven by appearing in Playboy Magazine. 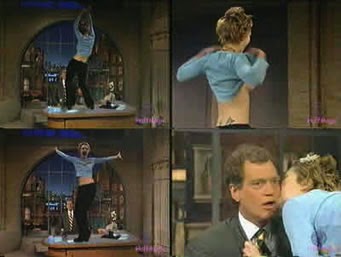 He, in return, gave her a quilt on her birthday with a note: "cover yourself up", and an edition of that Playboy Magazine where Steven's art department had altered all the nude pictures, so that Drew looked fully clothed.

In that same year she wanted to congratulate David Letterman with his birthday in an unusual way. She jumped on his desk and flashed her boobs for him, Letterman couldn't utter a word.  These days she is active as an actress (Scream, Fifty First dates, Music and Lyrics) as well as a producer (Donnie Darko, Never Been Kissed, Charlie's Angels
(both films and a TV-series)) and director (Whip It). 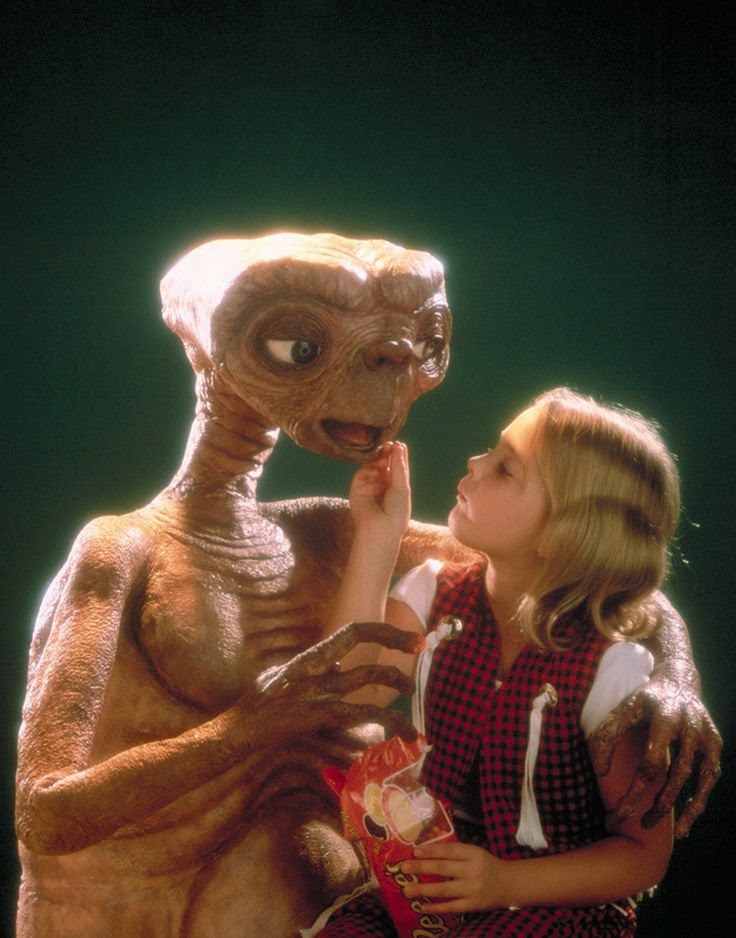 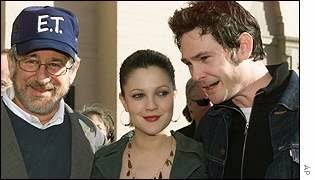