From the Past, Back to the Future 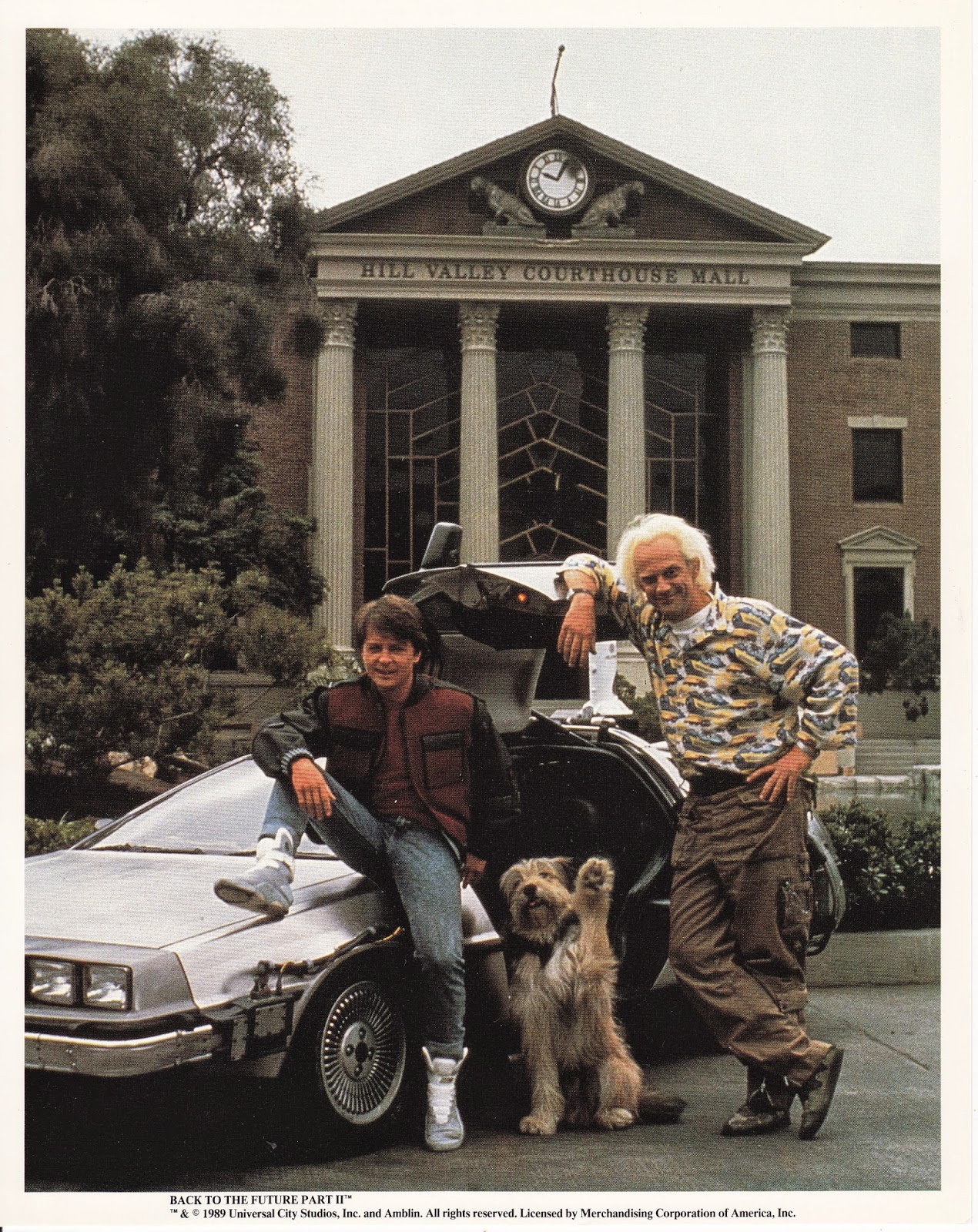 For my entry today therefor I went back to the past of Back to the Future part II.

Back in those days I worked in a cinema myself and that meant I could sometimes lay my hands on press kits from various films. However in the Netherlands those Press Kits were mostly made up of xeroxes of US Press Kits. The only difference being the advertisements that had Dutch texts added to them. 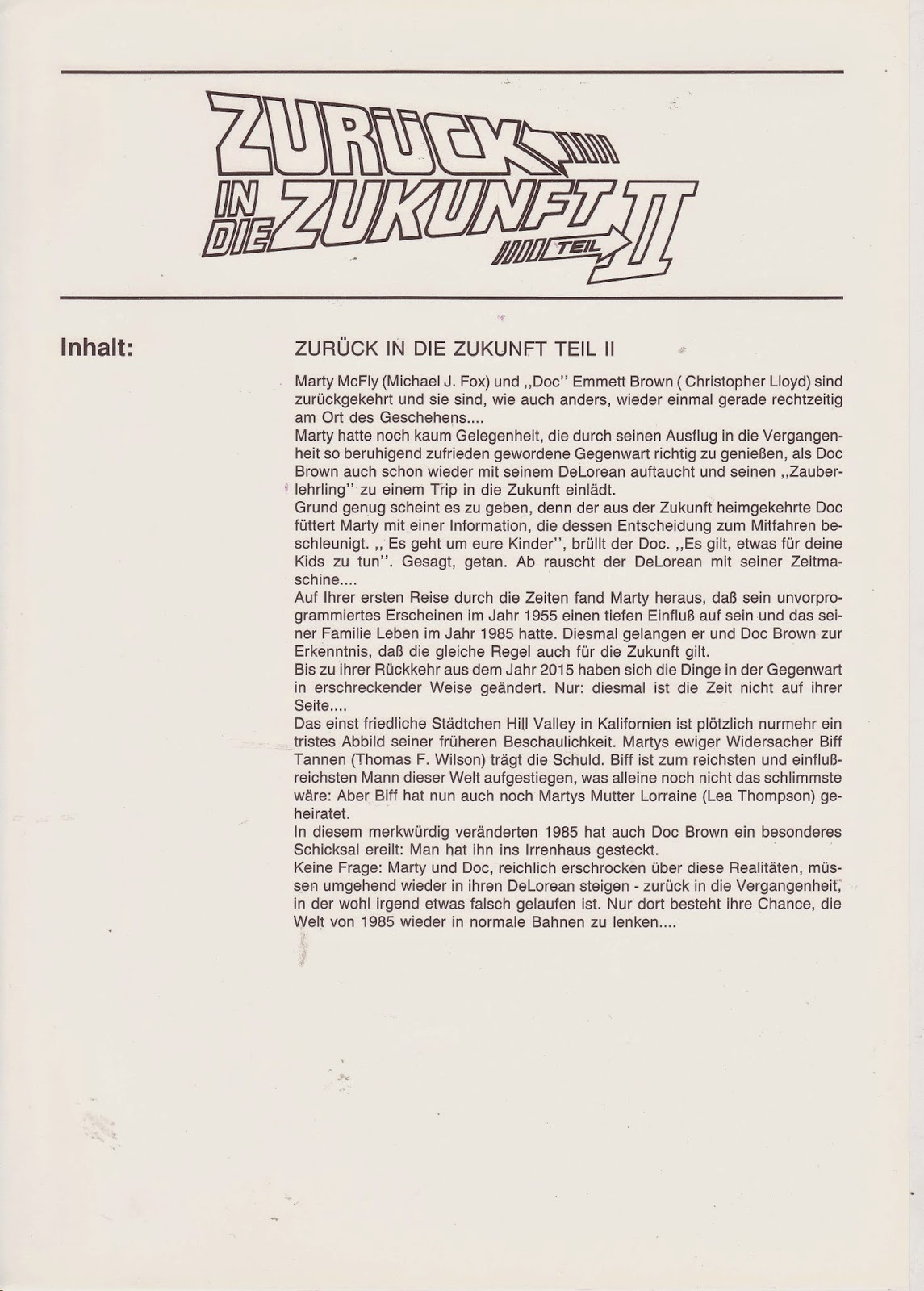 In Germany however the Press Kits were specially made. Besides a short synopsis (sometimes more than one, varying in length so newspaper had something to chose from), they usually included the advertisements for the films, varying in size (first week ads usually were/are bigger than ads for consecutive weeks). 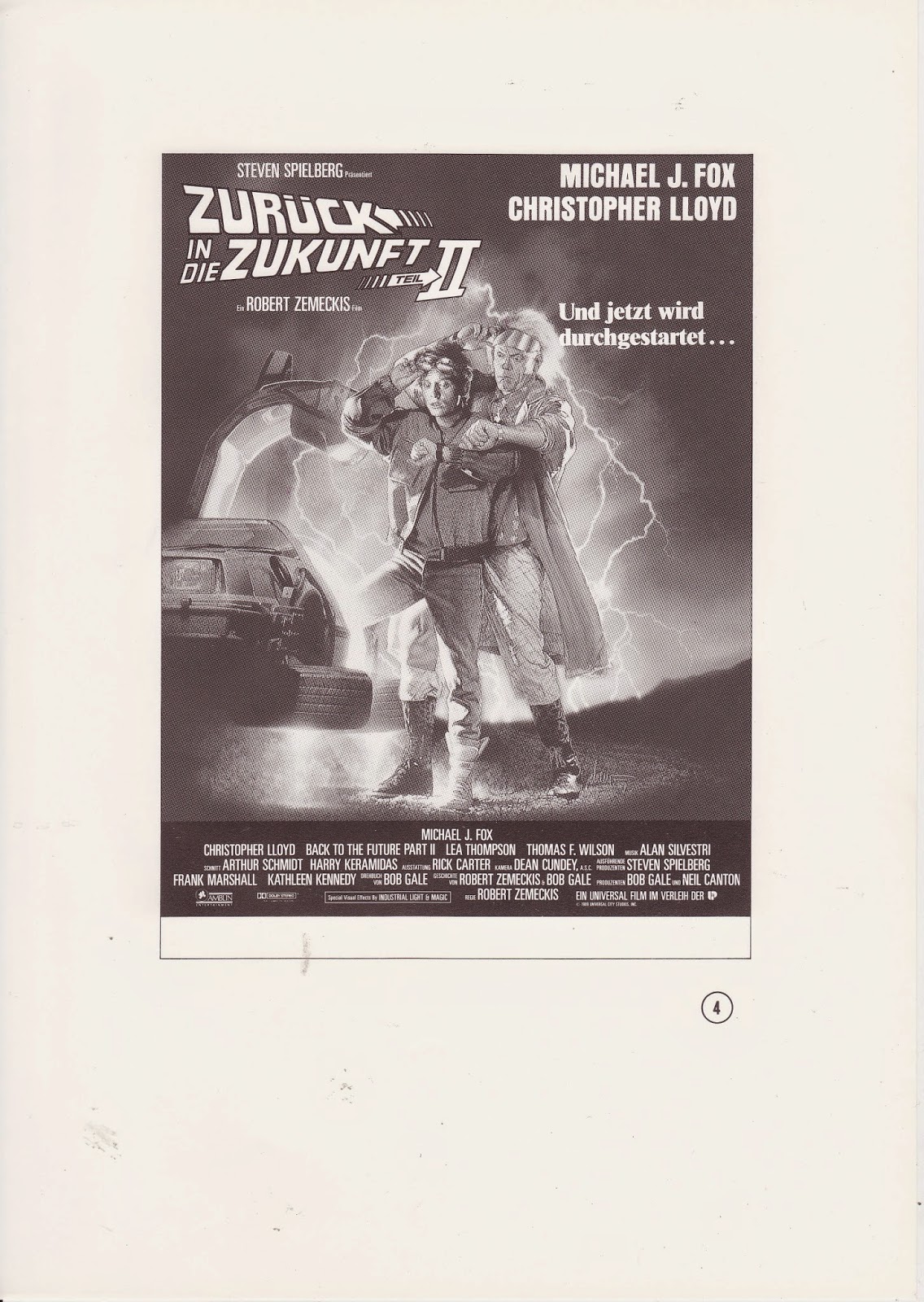 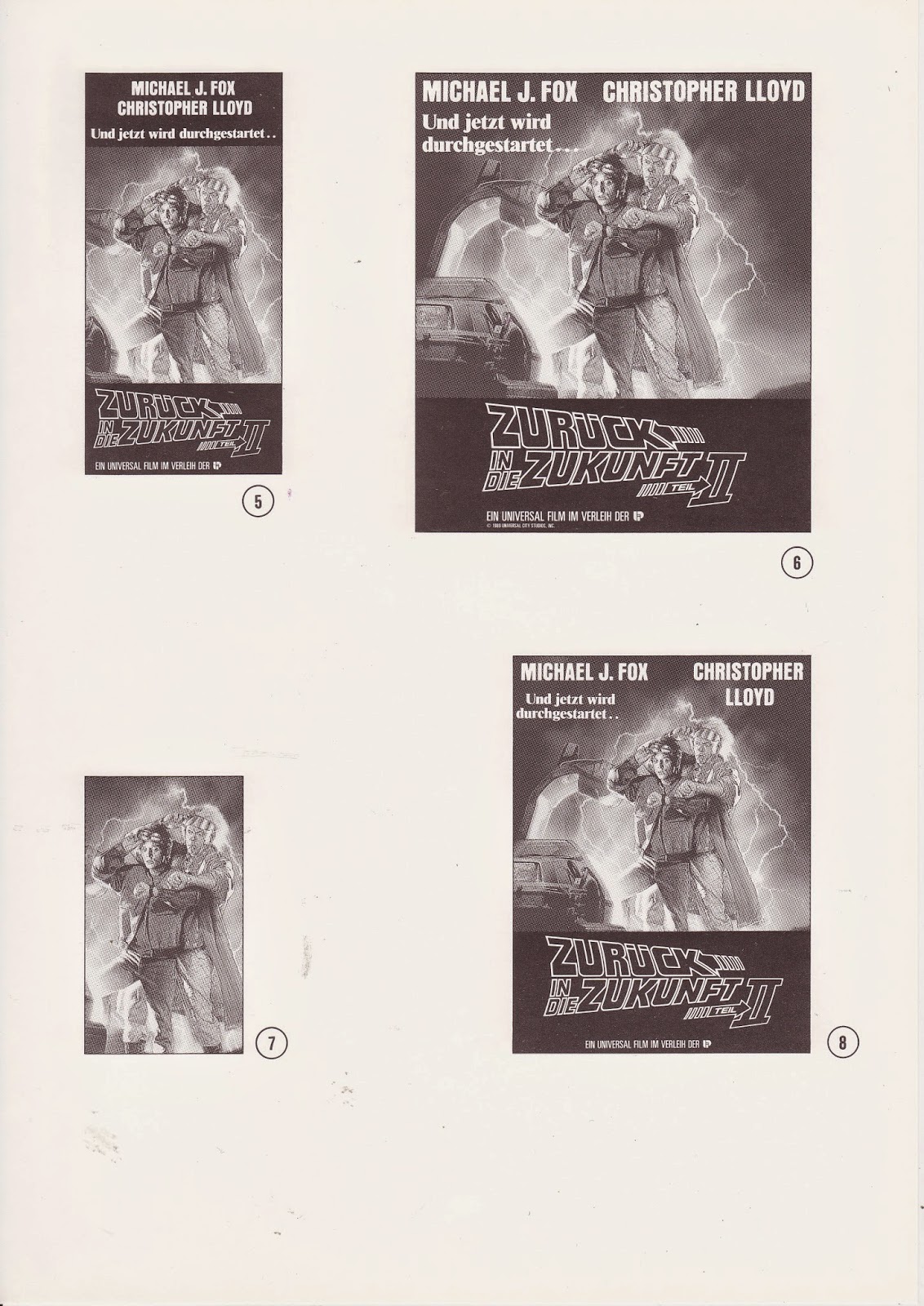 On top of that however, and that's what I liked best about them, they had a print of the various theater stills that were released. Those came in handy afterwards, when I wanted to know whether I had really obtained all of the stills for my collection. 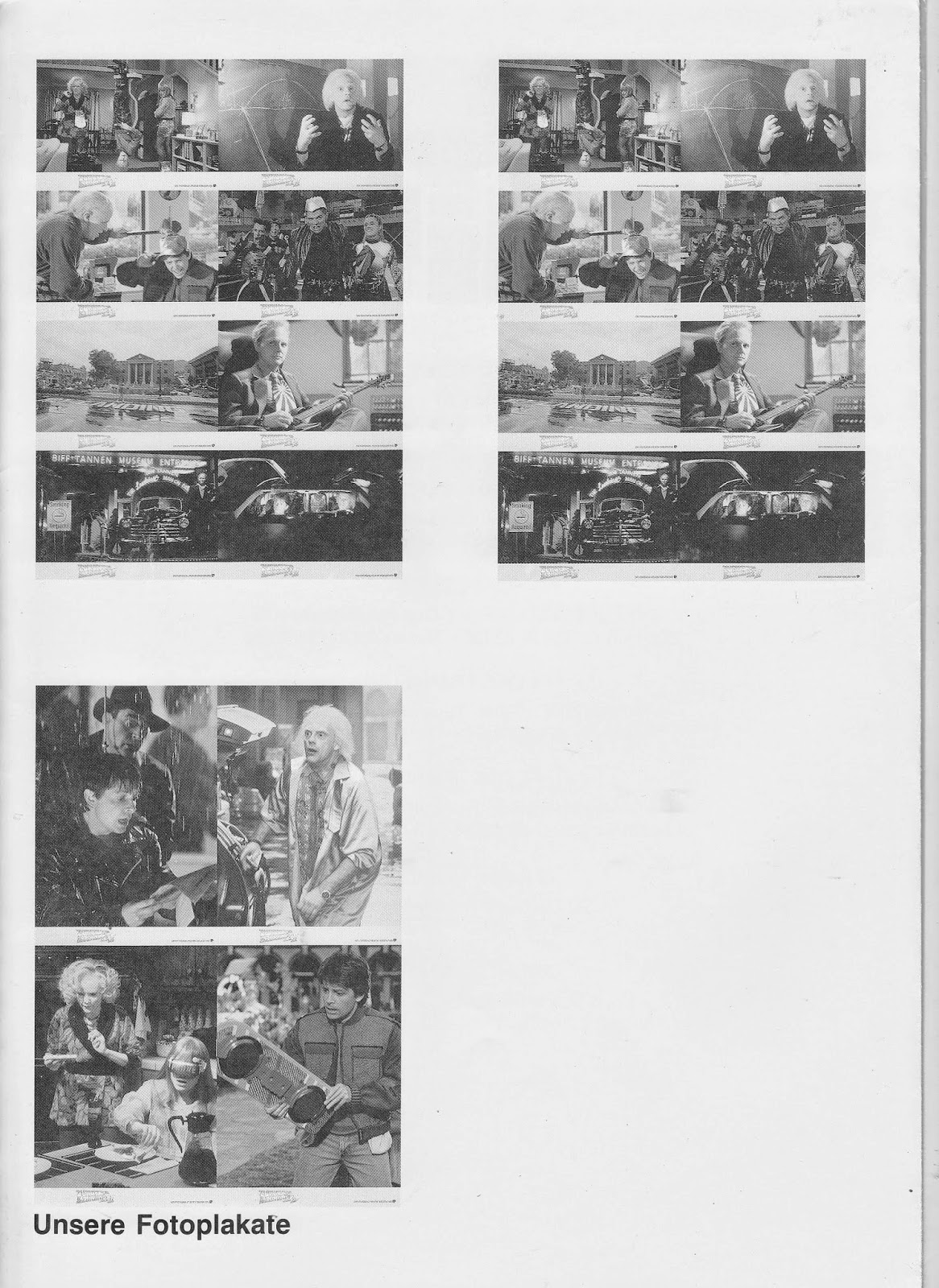 Unlike the American Stills, the German Stills (at least the ones released by UIP (a distributor that released films from Paramount, MGM and Universal thus including all the Amblin-productions) in those days) weren't released as single Stills, usually there were 4 to 8 Stills (depending on their size) attached to each other (like large post stamps) in the size of a regular film-poster. So they could be used as a poster or, after tearing the Stills apart, as separate Lobby Stills in the theater windows. 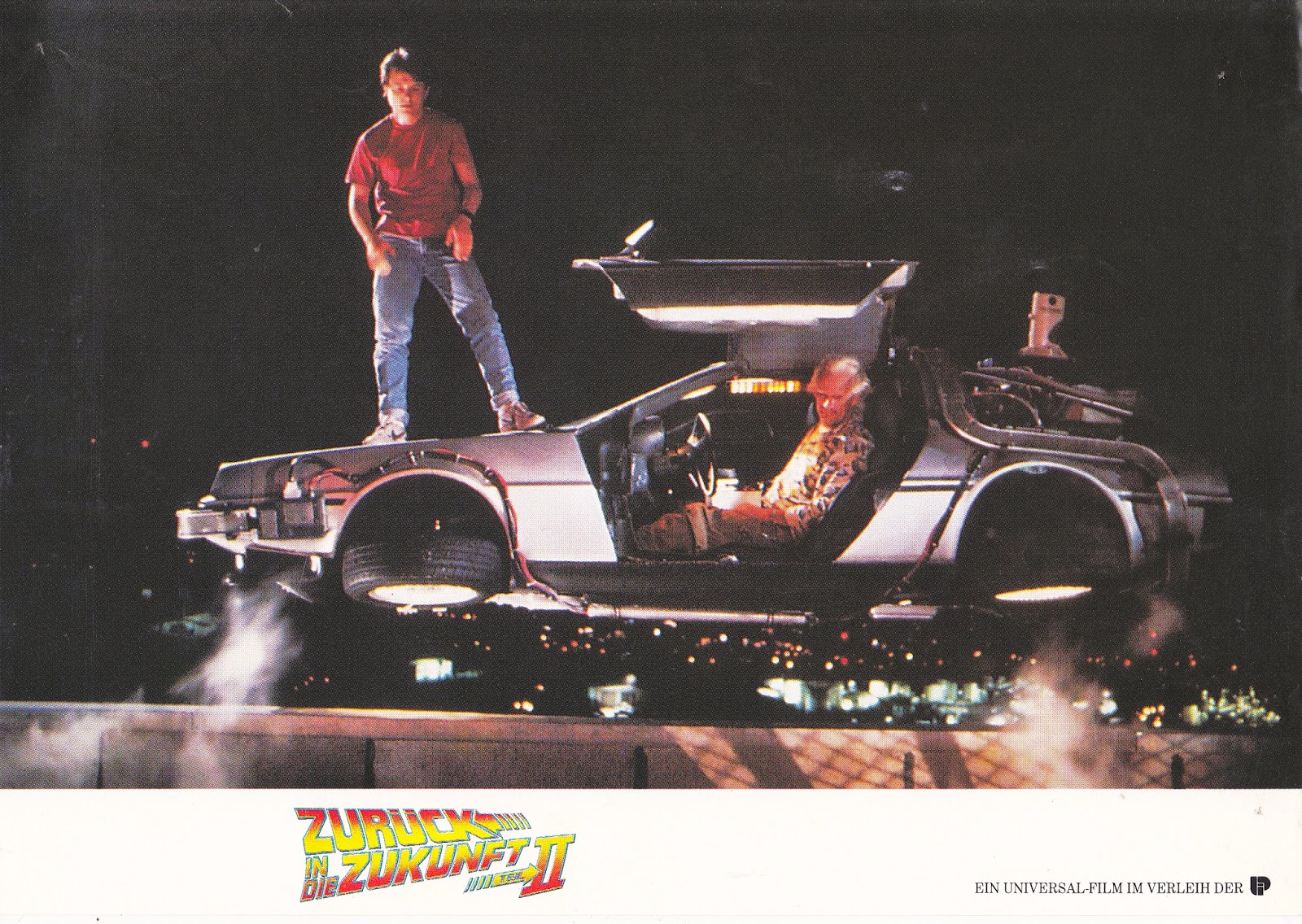