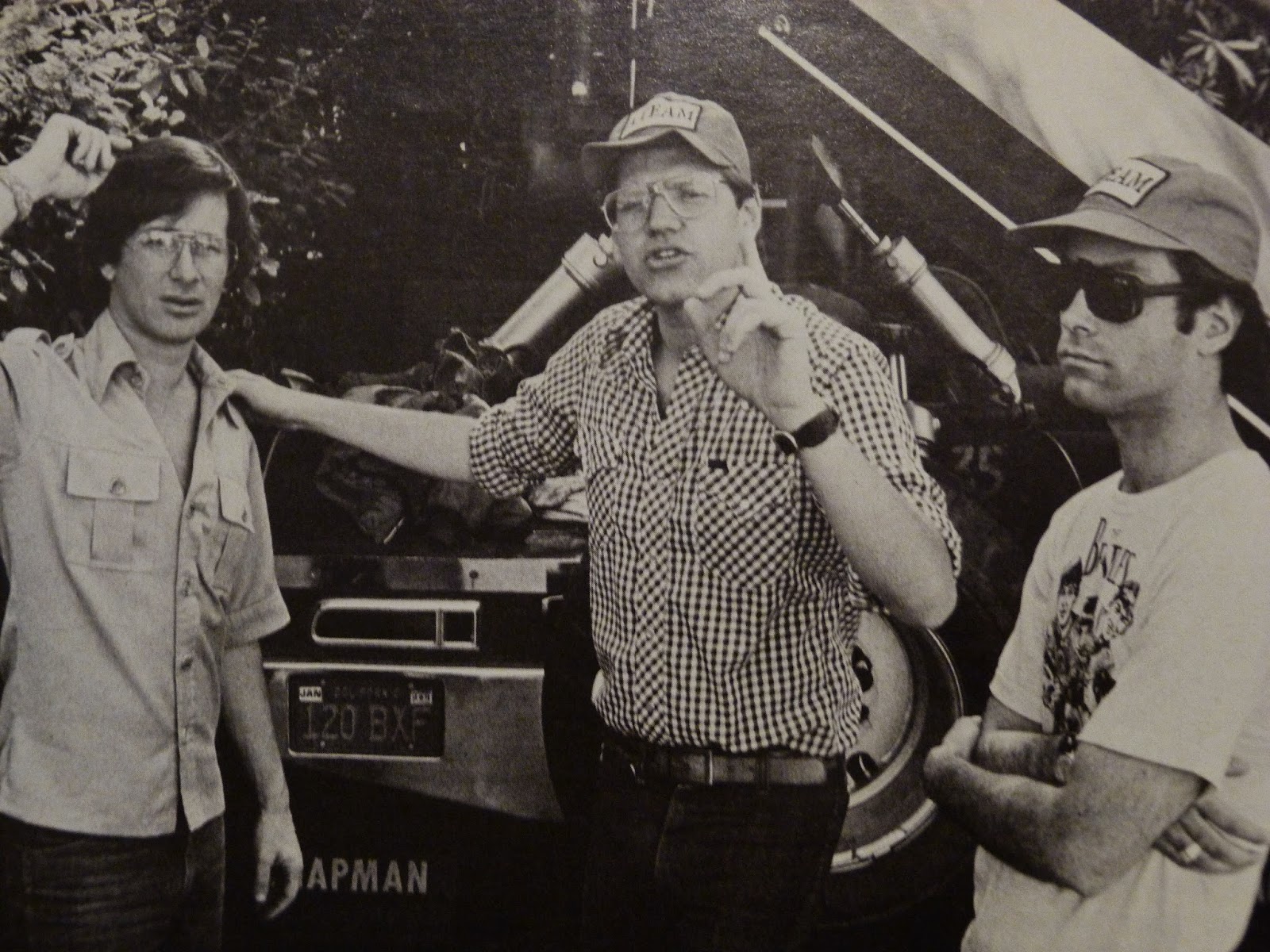 Cleaning up one's attic can be very surprising from time to time
During my recent Spring cleaning (I know, it was far too early),
I recently found this still, that I hadn't seen before.

It shows Steven Spielberg, together with Robert Zemeckis and Bob Gale
on the set of I Wanna Hold Your Hand in 1977 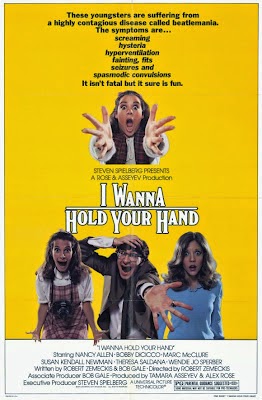 This film will go into the books as
the first ever feature to have Steven Spielberg aboard as an Executive Producer. 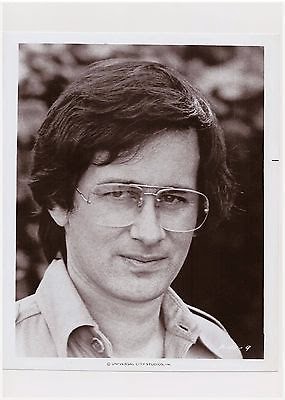 Although it was filmed for a rather modest budget ($2,7 million), Universal didn't like the fact that Spielberg wanted to hire a young and inexperienced Robert Zemeckis to direct the film.
So they made Spielberg agree to step in whenever Zemeckis would be doing a poor job.
Spielberg would than overtake his chair the film and direct it himself.

As things turned out however,
this film would be the first of many collaborations between Spielberg, Zemeckis and Gale. 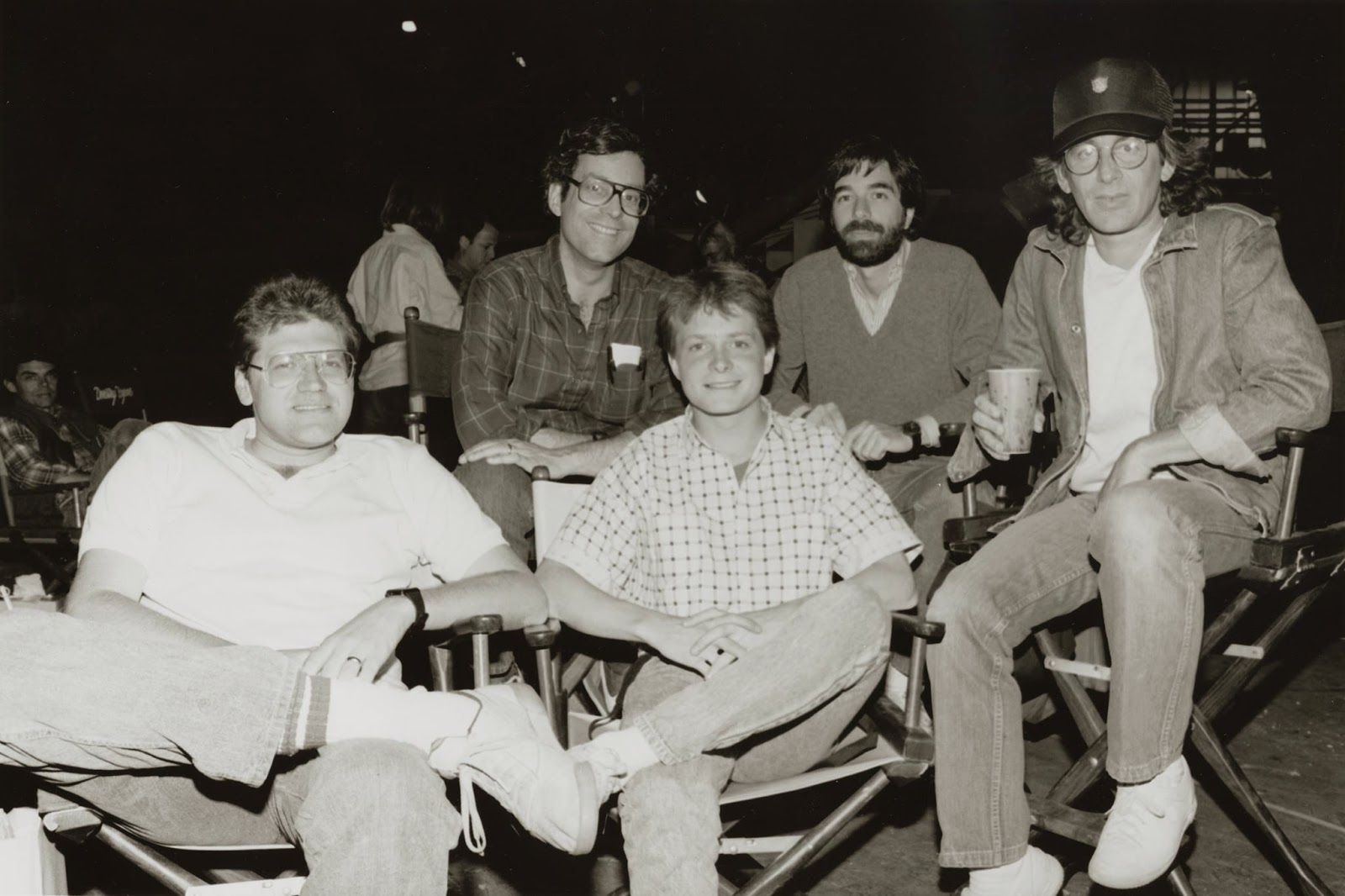 On the set of Back to the Future.

I only recently obtained a copy of the film, but haven't yet had a chance to sit down and enjoy it.

Let us know what you thought of it.
Ronny.