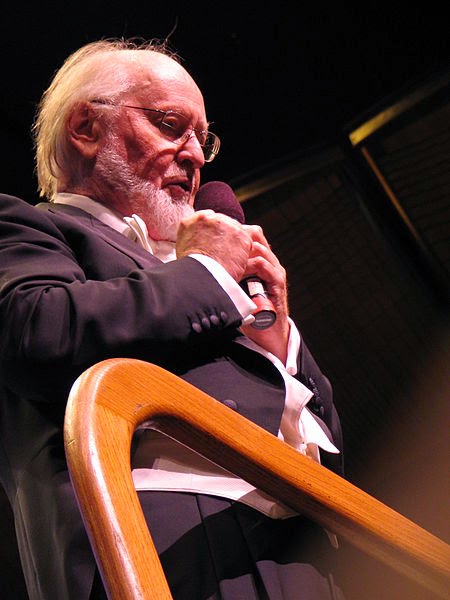 Widely accepted as one of the greatest film composers of all time, John Williams is certainly a prolific and unique musician. His neo-romantic composition style is nostalgic and traditional, and he excels in all areas of film composition. Colorful orchestration, solid spotting perspective, and unrivaled melodic writing are among his most-defining traits. Star Wars, E.T., Jaws, Indiana Jones – these are all monumental film scores and household names in contemporary cinema.

In short, we could pick any work by John Williams and easily include it under the banner of "awesome film scores." In this list, however, we've decided to highlight six of his lesser-known — and, perhaps, underappreciated — movie soundtracks for your listening pleasure.


Example Track: "Pre-Crime to the Rescue"

Some may be surprised to learn that this is a John Williams score. The film lends itself to a functional score with little thematic work — not what we have come to know and love of John Williams. But don't be put off by the lack of a bold, catchy theme that will stick in your head for days: This film score solidly demonstrates that Williams is not merely a nostalgic traditionalist, but also that he's capable of entering into the realm of 21st-century film scoring, and doing it with style.

The distant solo vocal passages, mixed to perfection, are a step out on a rather neo-noir limb for Williams, and one I wish we could see more often. If you don't mind the obvious Hermann influences and lack of thematic work, then this is a very enjoyable listen.

Diehard John Williams fans who are familiar with his earlier jazz-influenced works will be thrilled that this style has been recapitulated in Catch Me if You Can. While the score differs in many ways from the typical output of John Williams, it contains mannerisms and characteristics that are most assuredly his.

Vibraphone and sax frequently come to the fore, and the intricacy of these parts is impressive. This score is yet another piece of evidence demonstrating that Williams is just as capable with intimate ensembles as he is with a full symphonic orchestra.


Example Track: "A Legend is Born"

Those who prefer John Williams' thematic work over anything else are bound to enjoy his work in The Terminal. The quirky theme captures the film's essence wonderfully, and colorful and imaginative melodic work gives character to a score that might have ended up a clichéd comedy in less experienced hands.

Fans of fellow film composer Alan Silvestri's work — particularly in Forrest Gump and Stuart Little — will be pleased with the striking similarities in orchestration.

Out of all the JW scores on this list, this one is perhaps the most foreign, with its body of electronic gestures and atmospheric sequences that we have only seen in the occasional cue of other Williams-scored films. However, plenty of John Williams' most notable skills transfer over to this film as well.

Quick and fluid changes in dynamics are essential yet difficult to handle, and they are executed flawlessly throughout this film. The slow builds (while very different to those you might hear in E.T.) are a joy to behold and give the film the unnerving tension that you'd expect from the film's suspenseful plot. Tracks such as "Attack on the Car" are riddled with a complexity we can only marvel at.

Williams worked on Revenge of the Sith and War of the Worlds earlier the same year that Memoirs of a Geisha was released, and his work is comparatively and appropriately restrained in this gorgeously delicate character-based film. You won't find any bold brass fanfares here, nor will you find any fussiness or over-complication. This score is majestically simple and a credit to the film and Williams' portfolio.

There is a strong, human feeling of a live performance throughout the entire soundtrack, achieved through close-mic'd solo instruments and folk-like percussion. The score manages to use eastern instruments without stooping to the level of an almost-racist stereotype, a common hazard in productions featuring world music.

This film is like an Indiana Jones for kids — highly recommended family watching with an entertaining score to match. The comedic moments of this soundtrack would not be out of place in the early Harry Potter movies with their delicate plucky effects and rhythms.

Make no mistake, though: This is not solely an intimate score. A full symphonic orchestra with imaginative melodies and lush harmonies shows Williams returning to the genre that many revere him for. This is arguably the most typically John Williams-flavored score to be released in recent years … but maybe that will change with the release of Star Wars: Episode VII - The Force Awakens. Fingers crossed!

There is no John Williams score that we wouldn't recommend for any aspiring composer for study purposes — cinematic or otherwise. The man is clearly a genius. Although we barely scratched the surface of excellent scores by John Williams, we hope you discovered a film score or two here that you can add to your favorites playlist.