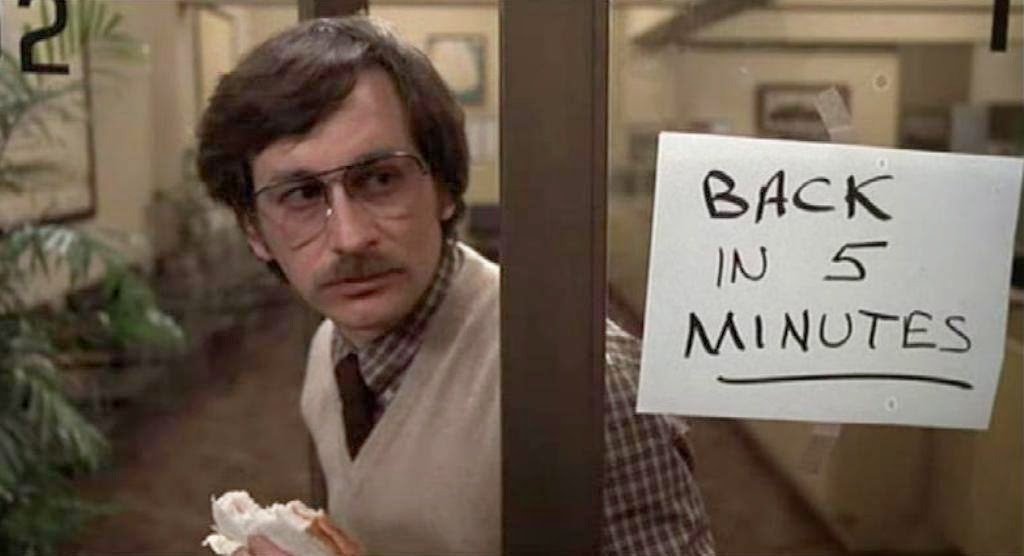 Although Steven Spielberg has become famous for directing and producing lots of great and highly successful films and tv-shows/-series, from time to time he likes to switch positions and make an appearance in front of the camera. We've compiled a list of films and music videos that he made an appearance (a cameo as it is called) in.

One of the most famous cameos of Steven is his bit part as a county clerk in John Landis' comedy extravaganza from 1980: The Blues Brothers, opposite John Belushi and Dan Aykroyd. 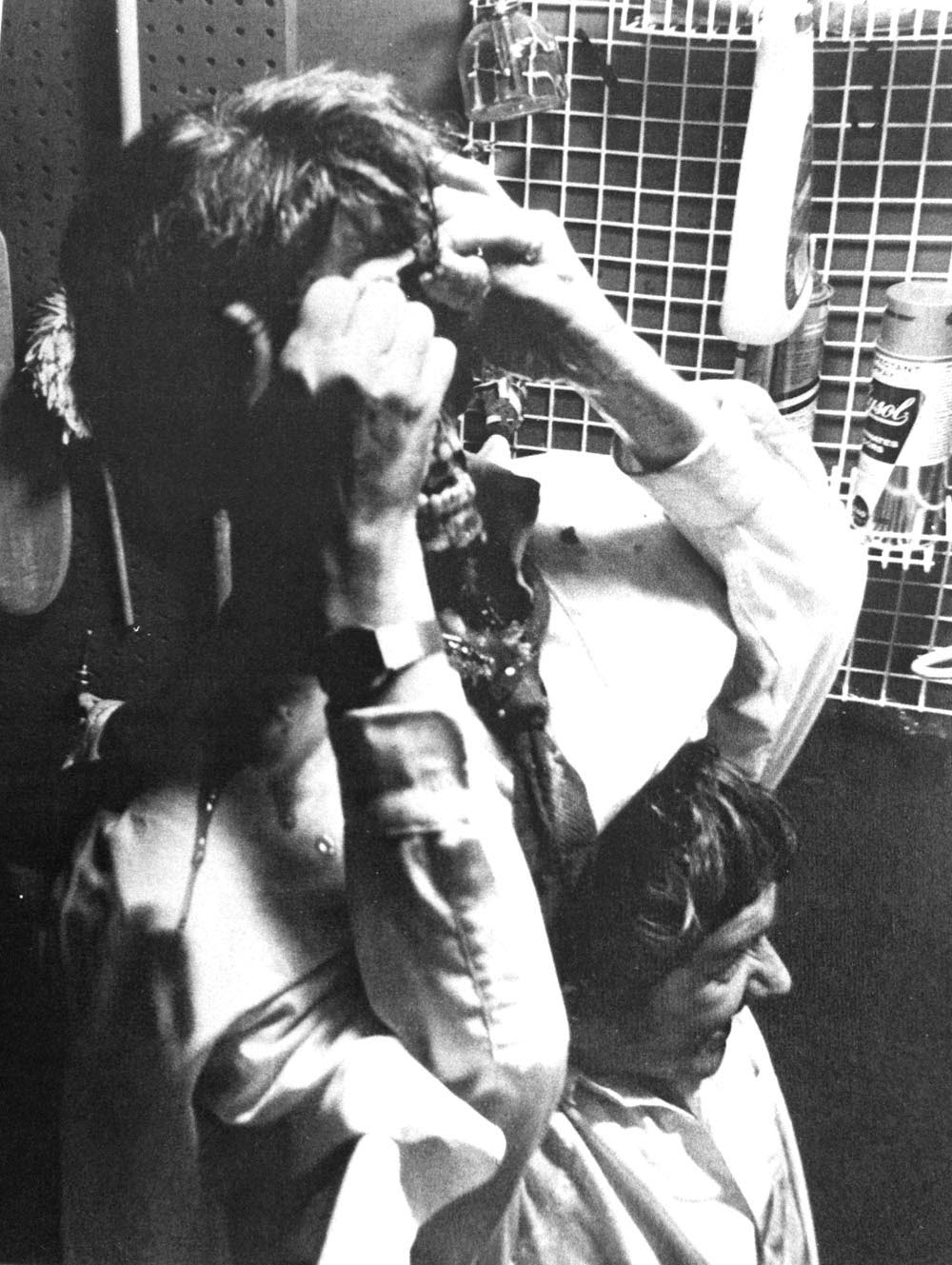 Two years later, in 1982 he not only directed E.T., the Extra-Terrestrial, but also produced a film that will see a reboot in 2015: Poltergeist, directed by Tobe Hooper. Besides producing the film, he also delivered the story, helped write the screenplay, and let his hands act in the nightmare sequence in the bathroom, where Marty (the cameraman) tears the flesh of his face. 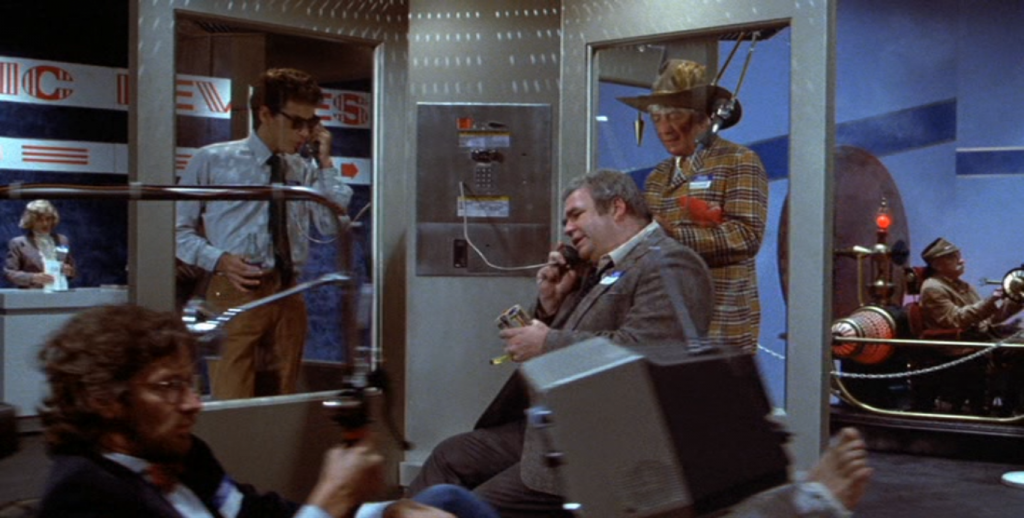 In 1984 he made a return in the acting chair with a small part, credited as Man in Electric Wheelchair in the box office hit Gremlins. If you look at the photo you will also see a famous prop that was used in the film as well: the time machine from the George Pal film The Time Machine, Steven was later to produce the remake.

A few weeks after Gremlins opened, another film that Steven had a bit part in, went on release. It was a film that he also directed: Indiana Jones and the Temple of Doom. In the scene above he can be spotted (hardly) in the background, but to proof that he actually was in it (together with his old pal George Lucas, they portrayed two missionaries), here's another still, from behind the scenes, Steven and George are positioned on the right half: 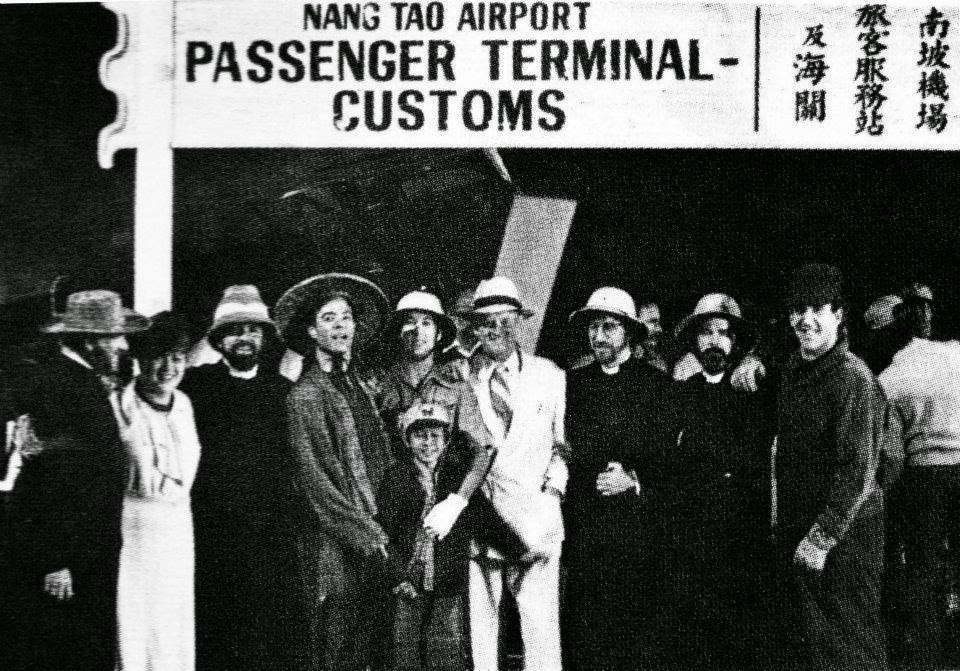 In 1985 Steven went on to produce a lot of films under his Amblin banner, and to promote one of them a little bit extra, he performed in the music video that was produced for one of the summer-hitfilms: Richard Donner's The Goonies. Cindy Lauper was one of the singers who performed on the soundtrack for The Goonies and therefor she made a video, using images from it. However, during the video things start to take a turn for the worse and in the end she can't think of anything else than to ask Steven for assistance... 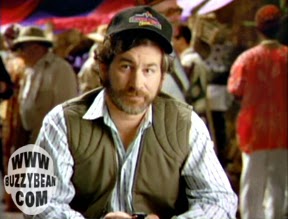 In 1987 Steven returned for another music video, this time for the king of pop himself: Michael Jackson. For the video for his single Liberian Girl,
Michael needed someone who could portray a director, and guess what, he found one.

The next one is a tough one to see on TV, this one works best in the cinema.
In 1997 Steven, for the second time in his career made a sequel (the first one being Indiana Jones and the Last Crusade, since Indiana Jones and The Temple of Doom is in fact a prequel): The Lost World: Jurassic Park. Just before the credits start rolling the heroes of the film sit on a couch, watching the Ship with mother and baby T-Rex sail back to their island. When the image swoitches from the people on the couch to the TV-screen, we see an extra person on the couch: Spielberg himself, eating popcorn. Guess he needed some time off. 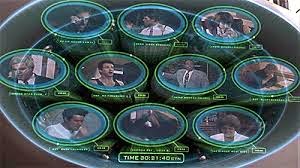 In the other blockbuster that Amblin released in 1997 Spielberg (and lots of other famous Hollywood and music artists) are seen on a large screen, in the headquarters of the Men in Black. Implying that he and these others are aliens in disguise, who live on our planet.

Blink and you'll miss the next one, but in 2001 Steven had a very brief cameo as a party attendee in the Cameron Crowe directed Vanilla Sky. It's difficult to see, but in this short sequence he wears a baseball-cap with the logo of Pre-Crime on it (at that time he was in the middle of the shoot for Minority Report, a film that also starred Tom Cruise. Spielberg turned up as a favor to director Cameron Crowe who, on his turn, returned the favor by turning up in the aforementioned Minority Report as a bus passenger.

And that brings us to the last title in this little review: 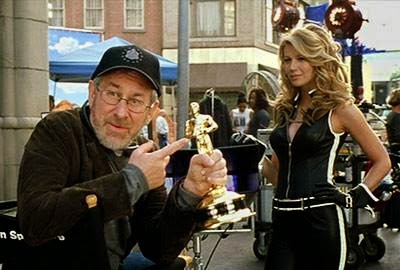 In 2002 Spielberg showed up in the pre-credits opening sequence of Jay Roach's Goldmember, once again in the role of a director, this time an acclaimed and Oscar-winning one, who was asked to film an action sequence, starring Tom Cruise...

Let's end this list with one of the most stunning cameos of a completely beardless Spielberg in one of the last shots of Schindler's List, as one of the survivors of the concentration camp. Spielberg insisted on playing this part, to show his commitment to making sure this story was told (Universal once tried to stop him from making the film by offering to donate the amount of money he said he needed to make the film to a charity of his liking, if only he would NOT make Schindler's List. Well, we all know what his reaction was.)

And with that we end this little overview of Spielberg's acting career. We don't claim to be complete, so if anyone knows another one, please let us know. We've heard a rumor on him having played a director (once again) in the TV-series Fame but we haven't been able to come up with any kind of proof, that he did...