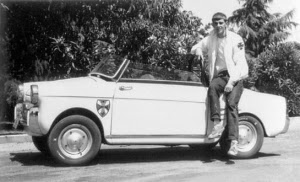 Cars have always played an important part in the life of George Lucas, especially during his younger years, when he lived in Modesto, California . 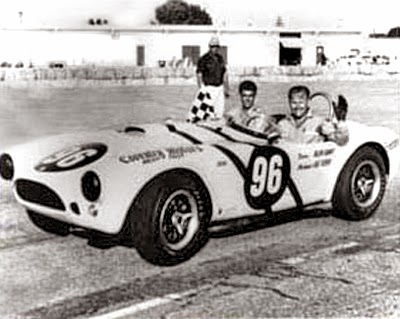 As a college student George loved to race them and he even had plans to become a professional racer himself. 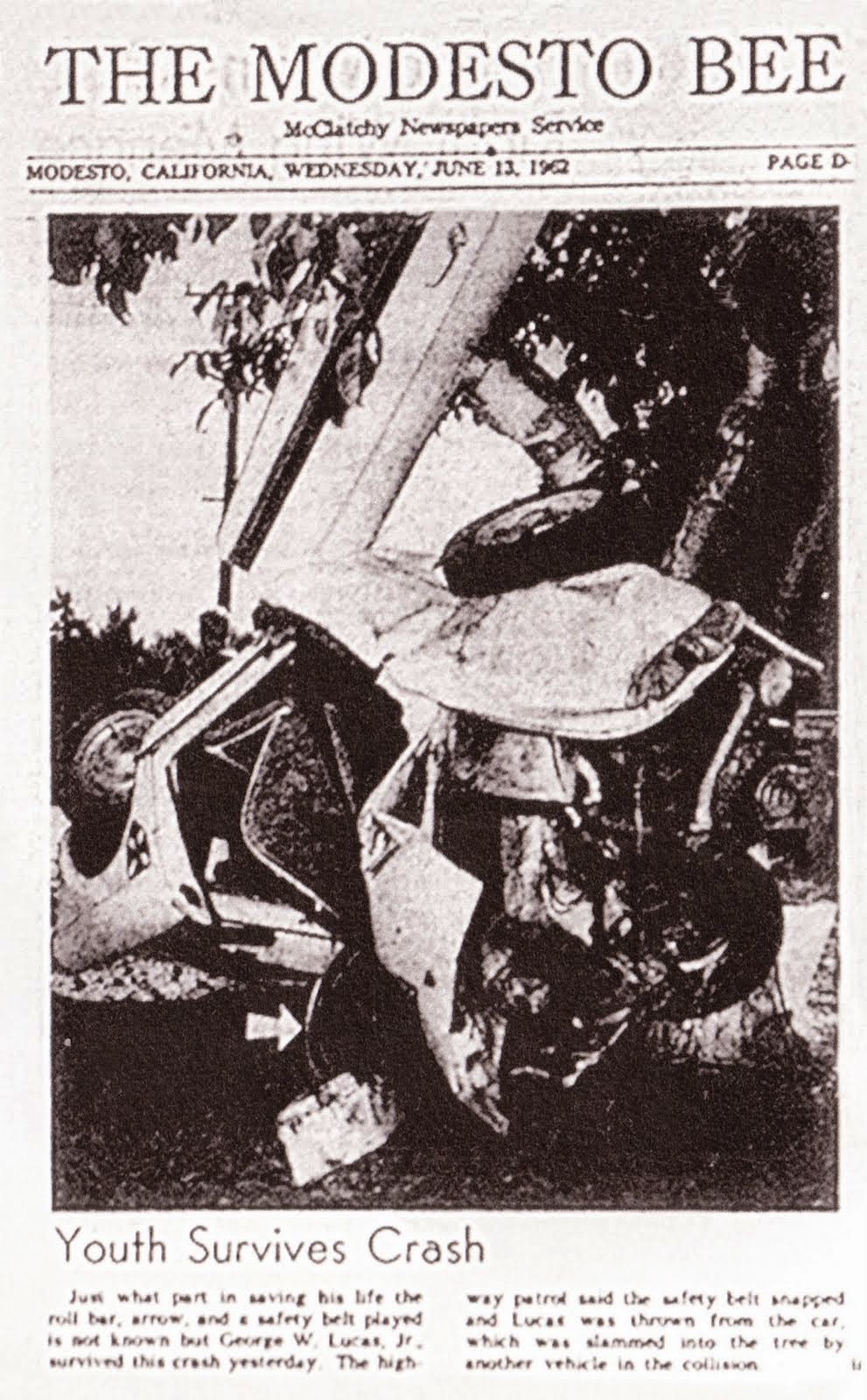 However an accident in 1962, that almost got him killed (he miraculously survived),
put an end to that thought. But he did make the headlines in the local newspaper (for the first time)
However, he would get his revenge... 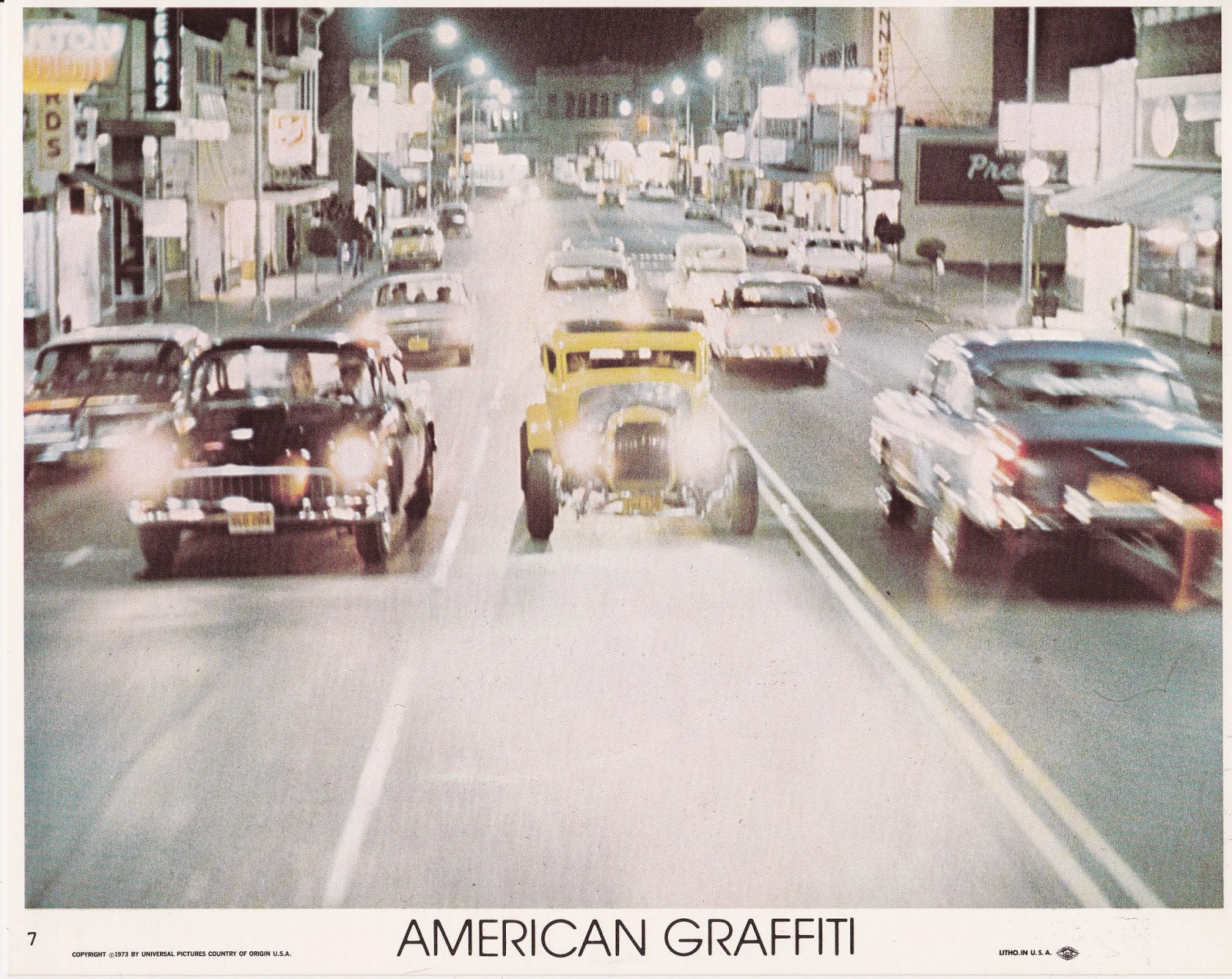 He went on to become a filmmaker, and guess what: he found a way to get back at his past,
by taking his own experience and using it in his first big hit: American Graffiti. 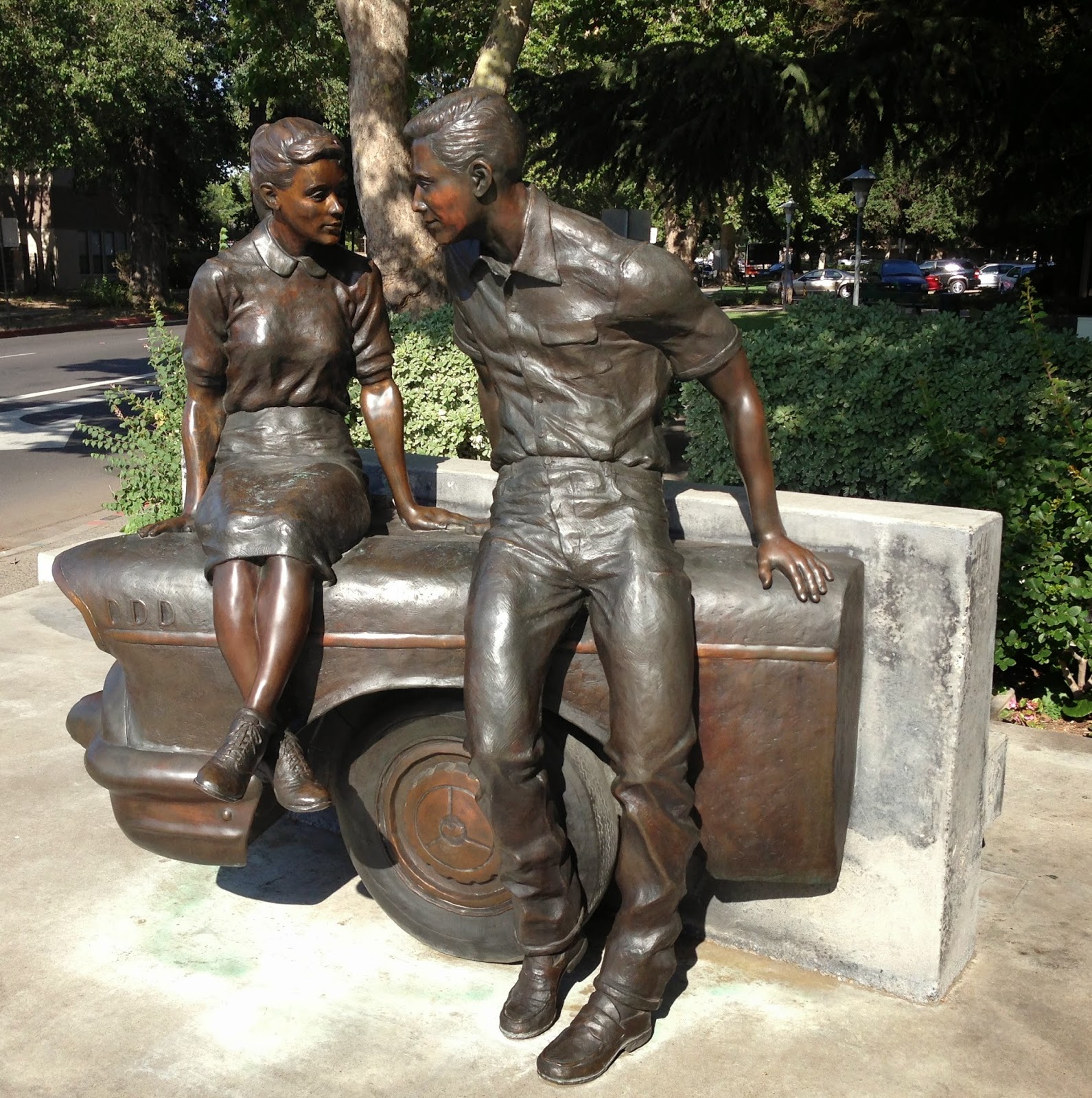 Because of the impact of that movie on the town and its inhabitants, the city council of Modesto wanted to pay tribute to George Lucas, and so the build this statuette to commemorate Modesto's most famous (ex-) inhabitant and his love for cars.

And what have we seen him participate in (again at last), in recent years ? 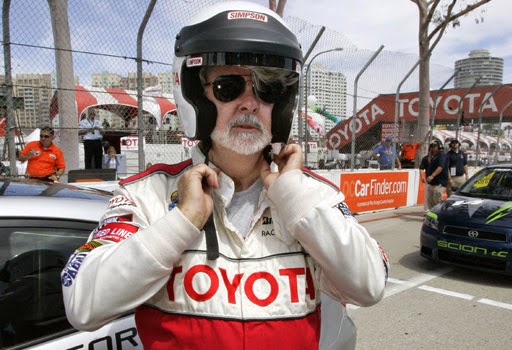