George Lucas Hits Out At Critics Of Strange Magic 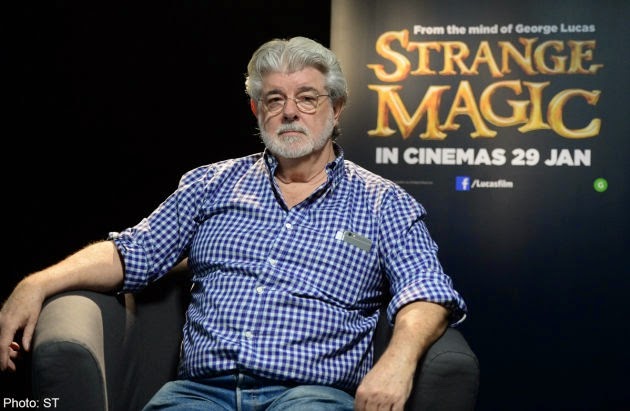 George Lucas seems to not care much these days when it comes to critics.  Speaking in Singapore last week to promote Strange Magic in which he wrote the story for, he took no time to criticise the critics  and those fans who dislike his movies.  The retired director said at a Lucasfilm building last week:

"I am not looking to make a hit movie...I'm just doing something that I want for my own reasons. Some of them are hits, some are films that people like, and some aren't. For me, the real reason is doing it... obviously, I've done some films that haven't worked and I have done a lot of films that have worked," he said.

Talking about the press George Lucas said, "the audience and the press have different opinions about everything...My worst reviewed movie was Star Wars, and it seemed to be the best," he said with a cheeky smile on his face.

Find Out About "The Creatures & Cast of Strange Magic" Here

Regarding Strange Magic George Lucas added, "This is not a giant-budget movie. It was done because I wanted to have fun doing it."

He went on to explain how the bad guys in Strange Magic haven't been turned into cute characters even though it's aimed at children.  "It's edgier than a Disney animated film... but when you look at other kids' movies - in Star Wars, Anakin has his face burnt off - I don't think they will make a more horrific movie for young people than Dumbo,"

No questions were allowed to be asked about The Force Awakens at the press conference.