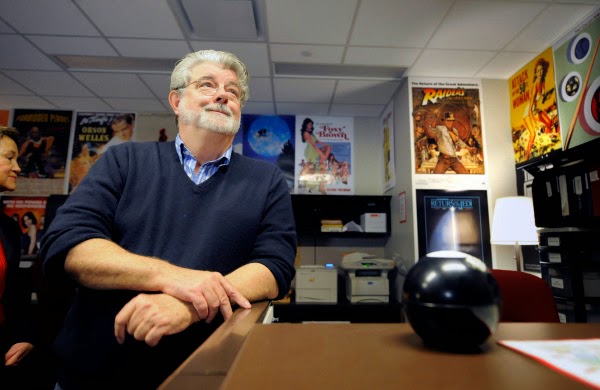 With 'Strange Magic' out next week and a story by George Lucas it seems this may not be the last movie for George Lucas.  According to a quote from the Star Wars creator in LATimes, the retired director still has plenty of ideas, all be it on a smaller scale to what we've been used to:


The 70-year-old “Star Wars” creator currently is writing two new features, both experimental movies that hearken back to his student days at the University of Southern California. However, he has no plans to ever release either project publicly.

“The way [the films] are, they’re not really movies that can be released,” Lucas said of his upcoming projects during a recent phone call from New York City, where he was promoting “Strange Magic.” “They’re movies more for myself and maybe I’ll show them to some of my friends.

“It costs more to put them out there than it does to make ‘em,” he continued. “These are movies that are never going to make any money or anything.”

“They’re like things I did in school or movies I produced, like ‘Koyaanisqatsi,’ ‘Powaqqatsi,’ things like that,” Lucas said. “But it’s different because they’re dramatic films. It’s very hard to explain because it’s never been done yet.”