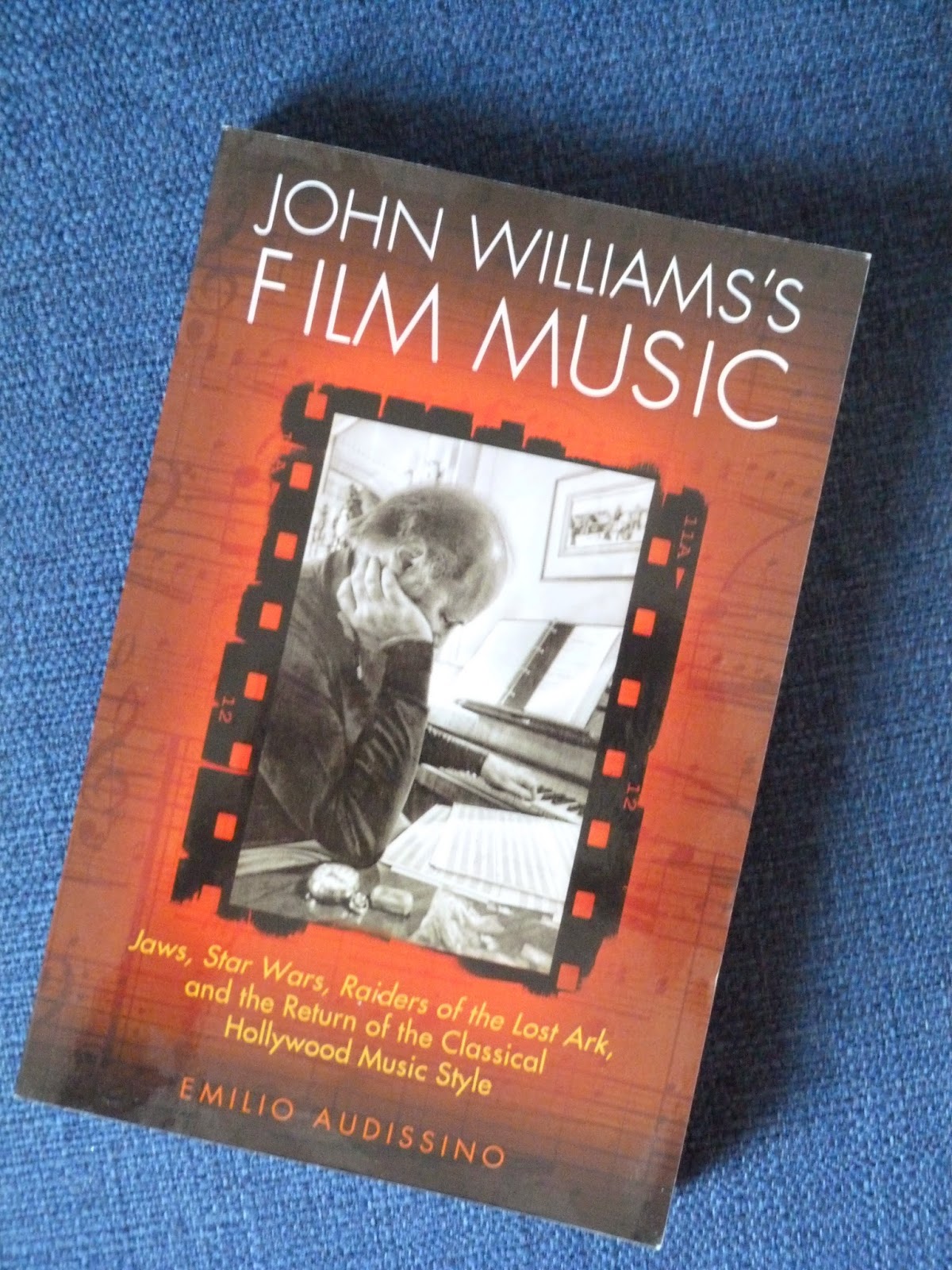 Hard to imagine, but until some 6 months ago no book (in the English language that is) had ever been published on the work and career of our very own John Williams, one of THE most renowned film composers in film history and with 49 Academy Award nominations (as of 2014), the most nominated composer and second-most nominated person (after Walt Disney) ever.

But fortunately enough, earlier this year, Emilio Audissino ended this void, with the publication of John Williams's Film Music. A study of John's entire career, starting some 20 years before John actually started composing himself (which was in 1954 for a documentary called You are Welcome, as the book states), thus showing where John got his inspiration, all the way to Lincoln, John's most recent collaboration with Steven Spielberg. 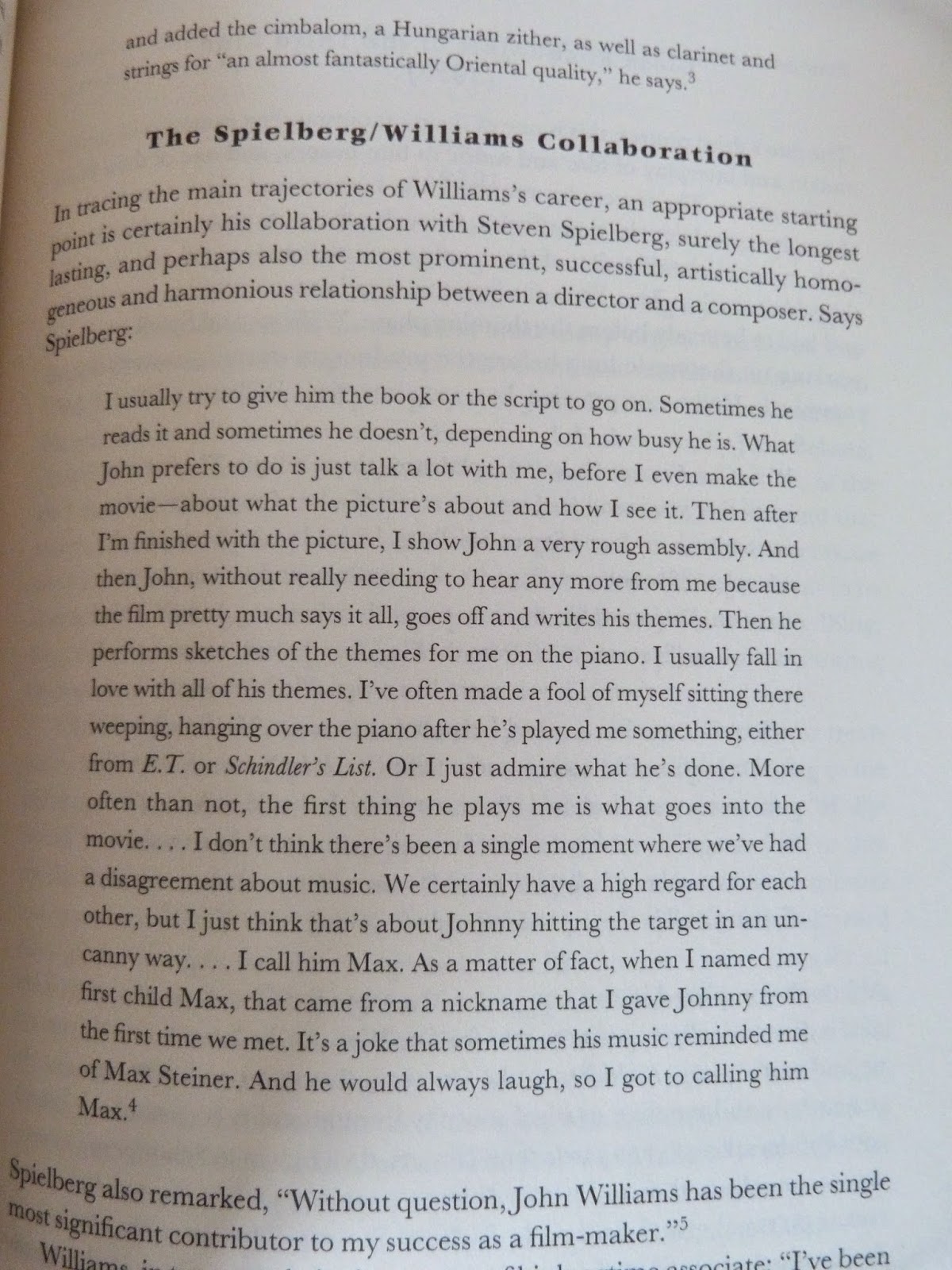 Audissino has major chapters devoted to Williams's iconic scores for Jaws, Star Wars and Raiders of the Lost Ark, and, of course has a nice update of all the work he has ever produced. Th book is written from the heart, and the only thing I could do, when I started reading it, was to pop in a few CD's, just to get the feeling that Emilio so successfully tried to describe.

With 2014 nearing it's end, and according to this work it marking the 60th anniversary for John as a composer, this book has to be required reading for all fans of this maestro. I, for one, am glad it was finally made. 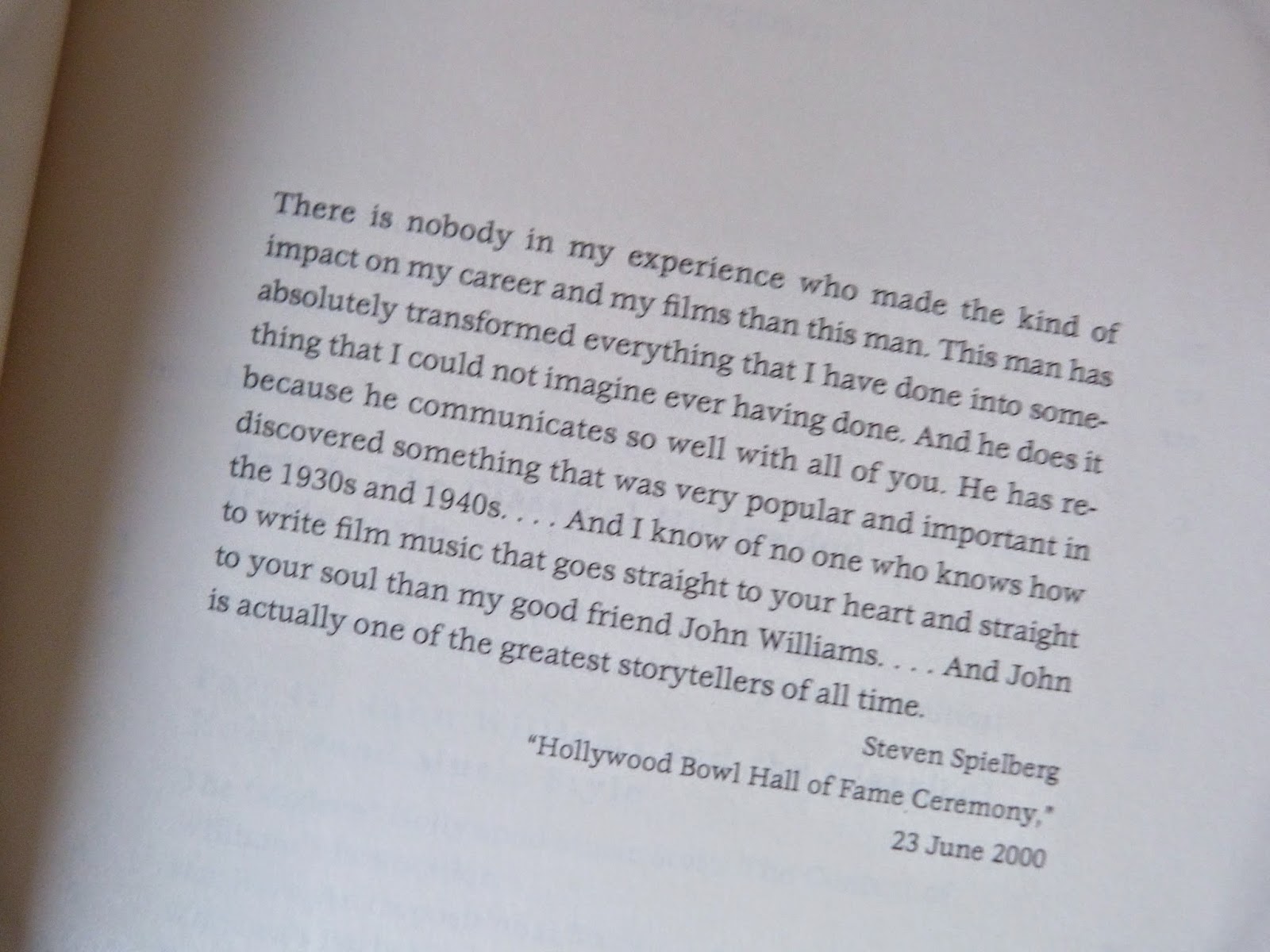