The Bearded Trio's Top Ten Gifts For Christmas. You Have Chance To Win One Of The Items 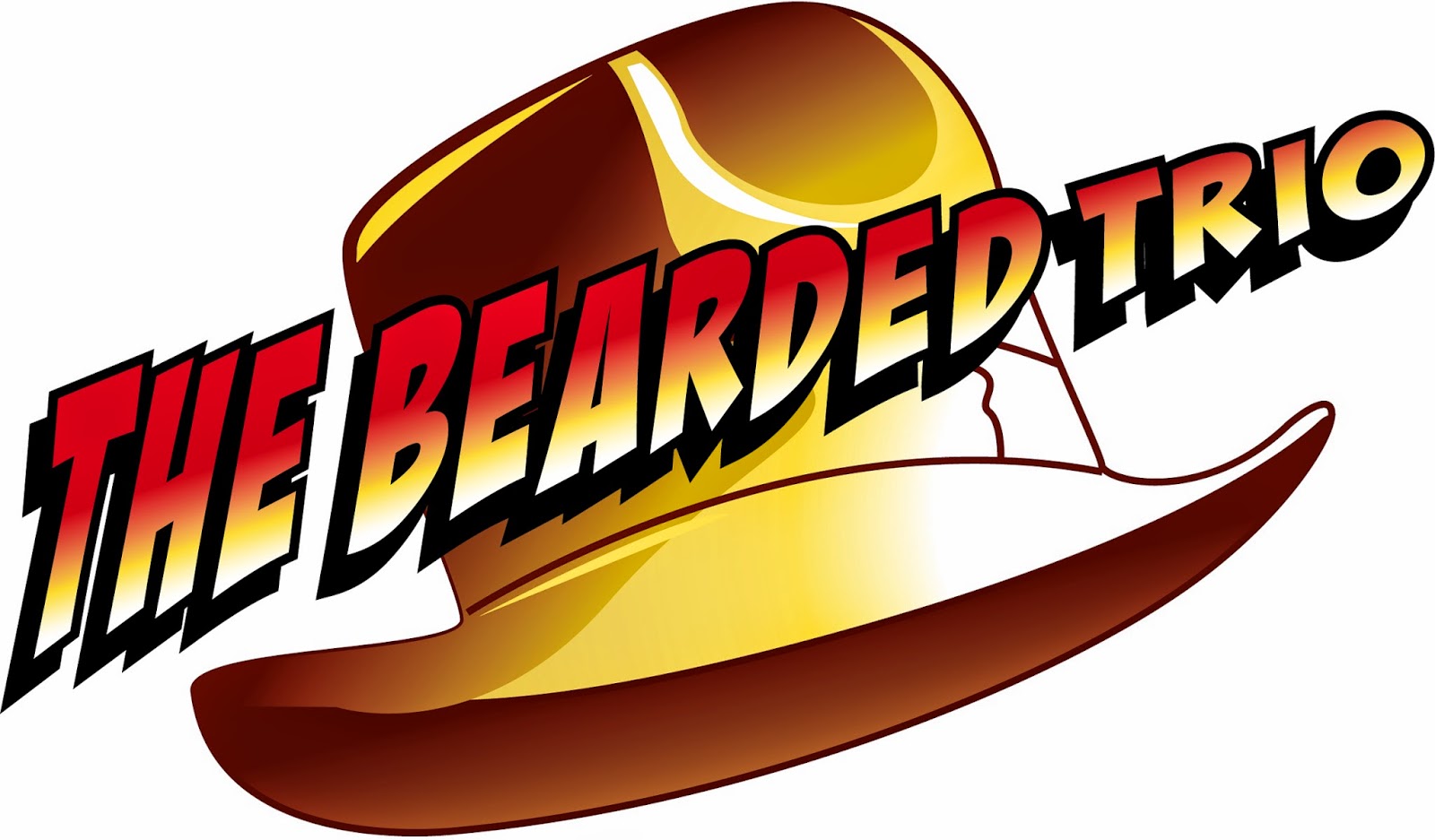 Christmas is just around the corner.  What do you buy someone who loves anything Steven Spielberg, George Lucas or John Williams?  Well The Bearded Trio have done the hard work and we've listed ten perfect gifts for any Bearded Trio fan.

Better still you have a chance at winning one of the items.  All you have to do is share this article on Facebook or Twitter and let us know.  Read on to find out more.


If you want to have an instant Blu-ray Spielberg collection then look no further than this beautiful collection.  Called the Steven Spielberg Director's Collection it features eight movies all directed by Spielberg.  Four of these have never been on blu-ray before (Duel, The Sugarland Express, 1941 and Always.)  The other movies in the collection are Jaws, E.T. The Extra Terrestrial, Jurassic Park and The Lost World: Jurassic Park. 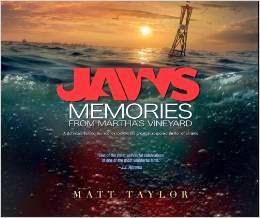 This is quite possibly the best 'behind the scenes' book I have ever read.  It's packed with never before seen photos from the movie and includes interviews with the locals who were picked to be in this epic movie by Steven Spielberg.  From interviews with extras to carpenters who helped with the set, its all here in this wonderful book with a foreword by Steven Spielberg.  It oozes quality. 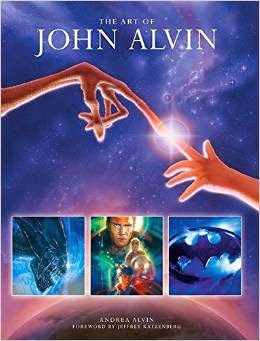 John Alvin has created some of the most memorable and iconic movie posters in motion picture history and  quite a few of those have been associated with The Bearded Trio.  Jurassic Park, Star Wars, E.T. and The Goonies to name just a few.  The book shows off some of Alvin's finest work but also shows previously unseen sketches to posters such as Jurassic Park and E.T.  Not to be missed.  Read our review of this fabulous book here.
We're also giving away a copy of The Art of John Alvin.  All you have to do is share this article on Twitter or Facebook.  Be sure to include @thebeardedtrio in the share or let us know you've shared.  Closing date is 7th December.  Open worldwide.  Good luck. 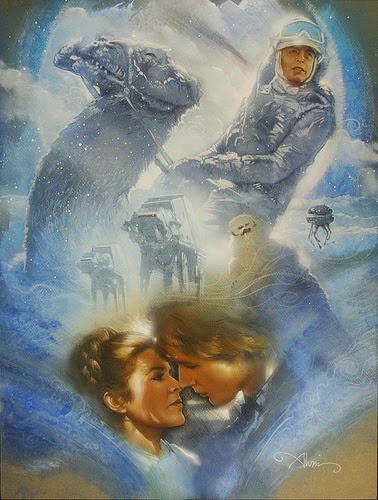 Staying with the legendary John Alvin, why not buy the above book for your loved one and go all in and purchase a piece of Star Wars artwork by the artist?  With the weather being like Hoth lately, particularly in the United States, this piece entitled 'The Cold of Hoth' is more than appropriate and will make a spectacular addition to any Star Wars or indeed movie fan's collection.  They are very limited so be sure to grab them now.  If you don't fancy the Hoth scene there are others available including Jabba and Leia and scenes from Episode IV. Price - $300 from ArtInsights.com

See more on offer from ArtInsights.com


5 - Star Wars: The Clone Wars (Seasons One Through Six/Original Soundtrack) 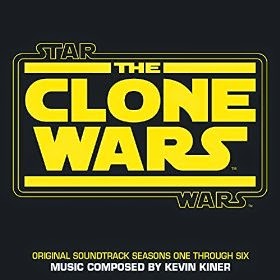 We all know that Star Wars:  The Clone Wars has finished and will be missed.  Kevin Kiner's soundtrack to the animated series was a stand out element of the show, particularly the last episode where his music really hit the spot and brought so much emotion to the episode and to the whole series.  Of course the Star Wars music  will always be John Williams but Kevin doesn't shy away from his work and uses many of Willams cues throughout the series.  For a ridiculously cheap price you can listen to music from season one to season six of The Clone Wars.  This needs to be in your collection.

6 - The Cinema of George Lucas Book 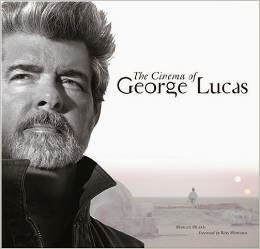 Three books up next for numbers 6,7 and 8.  The first is my personal favourite on one of the Bearded Trio, George Lucas.  The Cinema of George Lucas is a glorious coffee table book packed with images of the Star Wars creator.  Marcus Hearn digs deep and really delivers in bringing information on Lucas that has never been revealed anywhere else.  Going behind the scenes on Star Wars, American Grafitti and Indiana Jones to name but a few, the book is packed with photos from the sets and George Lucas himself, some I have never seen before including stills from Lucas's student films.  This has to be in your collection  if you're a Lucas fan.  If you're not, buy this book and see how much he has contributed to the film industry. 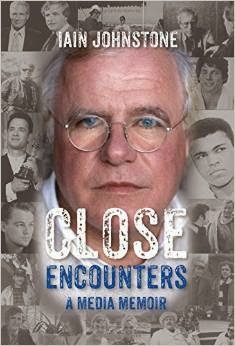 Iain Johnstone has filmed eight documentaries on Steven Spielberg so is bound to know a thing or two about the director. The book does not disappoint with a whole chapter on Spielberg with stories that I've never read anywhere else.  For example:


'Steven told Iain Johnstone that Temple of Doom had a couple of strong swear words and at the Royal Premiere he had been instructed to cough loudly in Princess Diana's ear when they were said.'

Johnstone has also worked with the likes of Tom Hanks, Marlon Brando, Monty Python and has worked on the set of Superman.  All mentioned in the book.  You can read our review here.  Spielberg himself sums it up quite neatly on the back of the book 'Get Iain Johnstone.'

8 - Rogue Leaders, The Story Of Lucasarts 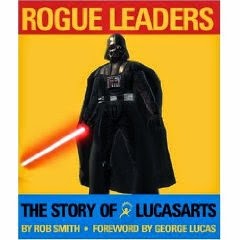 Rogue Leaders: The Story of Lucasarts.  This book looks amazing with a holographic moving front cover that changes between all the great Lucasarts characters such as Guybrush Threepwood, Vader, Evil Tentacle, Lego Indiana Jones.  It oozes quality from the outside and I couldn't wait to start reading about the greats such as Monkey Island and Day of the Tentacle.  Lucasarts will be missed and will go down in gaming history having produced some of the most popular games ever made.  The book is packed with photos including concept drawings for the likes of the Indiana Jones game that was never released and The Force Unleashed.  The book takes you on a journey from the first games such as Rescue on Fractulus to The Force Unleashed 2. 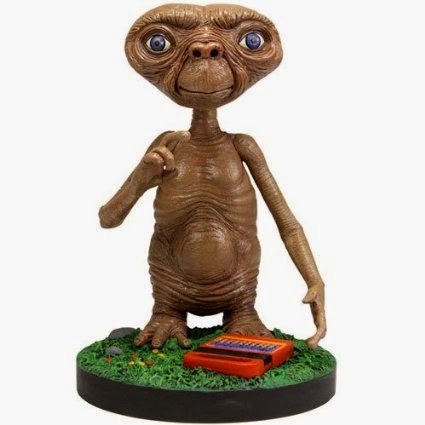 How about a little stocking filler?  E.T. The Extra Terrestrial head knocker.  I love the detail on this figure with the expression on E.T's face capturing the movie version.  Coming in at 7" tall made from resin this little E.T. was to celebrate the 30th Anniversary.  Complete with a 'Speak n Spell and Reese's Pieces on the floor this is the perfect little piece to put next to your Spielberg Blu-Ray collection or in your car.

Finally we have something for the person who has everything.  What do you get them?  Well if money is no object how about a replica Star Wars Kenner Stormtrooper?  Doesn't sound that impressive?  Well this one is life size!  It comes in at 6 feet tall and even comes with a replica vintage blaster.  This is the perfect gift if you can afford it for the vintage Star Wars collector.  Just make sure you buy plenty of gift wrap.