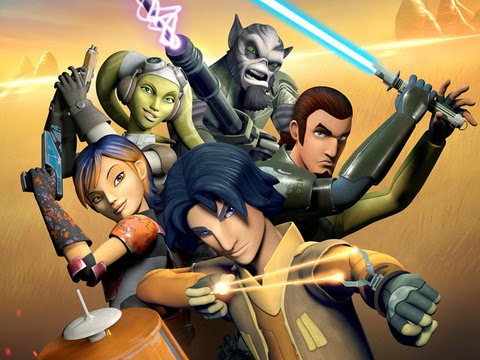 You're probably eager to know if Star Wars Rebels is good.  Does it match the quality of The Clone Wars which the series is kind of replacing?  Well the answer is a big fat YES!

I've just finished watching the feature length opening episode and to say the show hits the ground running is an understatement.  I'm not going to give away the plot (you'll just have to watch it yourself.)  But I will say the introduction of characters to a new show as is always the case with a new series is one of the strongest opening episodes to a show I've seen in years.  Yes really!

I said I wasn't going to give the plot away but I will say I love the group of heroes we have.  A kind of Robin Hood but instead of a wicked sheriff to fend off we have the evil Empire we're so familiar with from the original series.  I will say it's nice to have the Empire back with British accents, including the Stormtroopers who look gorgeous in the opening episode.

The voice acting is top quality with all the cast performing stand out performances (My favourite is Vanessa Marshall who plays Hera in the series.) 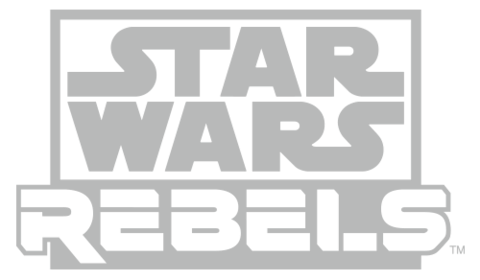 Keeping with the sound and one advantage of Rebels is the time its set in.  Just after Revenge of the Sith, leading up to A New Hope so sounds from the original trilogy are in abundance.  Tie Fighter's whine. classic speeder bike sounds and Star Destroyers coming out of warp are all present in the first episode and will bring a sentimental smile to your face.  If that doesn't the music will.  Kevin Kiner blows it out of the park with the music and it's on my "must have" soundtracks already.  Featuring original music but cleverly mixed with classic music from the original series composed by John Williams.  Whenever the boy, Ezra feels the Force you get the familiar "Ben Kenobi" music from A New Hope.  It really heightens the scene and kudos to the team for doing this.  Finally on the sound look out for a Wilhelm scream in the first episode.  Wouldn't be Star Wars without one.

The visuals are pleasing on the eye and you can tell the clever talented team have done this before.  Heavily influenced by Ralph McQuarrie concept artwork which if you're a certain age would have had these on your wall as a kid (right along side Princess Leia.)  It has a warm feel, the basic and natural look to some of the scenes make it easy to watch.  A baron landscape with a stunning sunset or a squadron of Tie-fighters flying through clouds make the scenes feel, well fell Star Wars.  The explosions and the fly-bys of the vehicles are stunning and I could watch that all day.  My only criticism and it's the only criticism for the whole episode are the Wookiees.  How can I put this?  Well they look like they've just walked out of a 90's video game cut scene.  It doesn't distract from the quality show and remember this is the first episode.

I remember watching the first episode of The Clone Wars which had the advantage of a theatrical release.  I enjoyed it but I didn't have the feeling of "when' is the next episode?"  It took a number of episodes before I was getting that.  With Star Wars Rebels I have that feeling already.  I've not had this since Deep Space Nine and that's saying something.  It's fast paced as you would expect with Star Wars and it already feels like classic Star Wars which for the first episode is a huge achievement.

Bring on the next episode.  Well done Disney and well done to the creators.  It all happens October 3rd on Disney XD