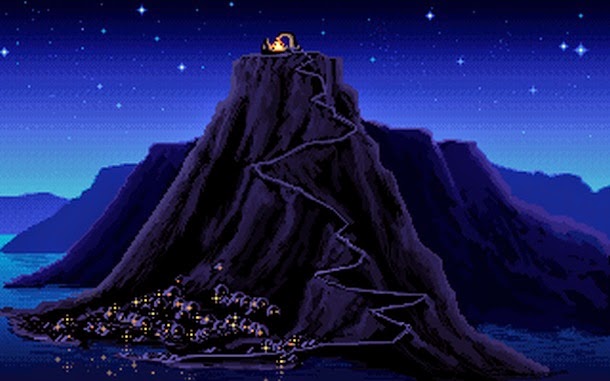 Creator of Monkey Island. Ron Gilbert took to his blog last year and explained what he would do if he was given a chance at making another Monkey Island.  Before we all get excited the talented game developer said:

That's a shame but it is interesting to read what he would do if given the chance.


It would be a retro game that harkened back to Monkey Island 1 and 2.  I'd do it as "enhanced low-res".  Nice crisp retro art, but augmented by the hardware we have today: parallaxing, depth of field, warm glows, etc.  All the stuff we wanted to do back in 1990 but couldn't.  Monkey Island deserves that.  It's authentic.  It doesn't need 3D.  Yes, I've seen the video, it's very cool, but Monkey Island wants to be what it is.  I would want the game to be how we all remember Monkey Island.

It would be a hardcore adventure game driven by what made that era so great. No tutorials or hint systems or pansy-assed puzzles or catering to the mass-market or modernizing.  It would be an adventure game for the hardcore.  You're going to get stuck.  You're going to be frustrated.  Some puzzles will be hard, but all the puzzles will be fair.  It's one aspect of Monkey Island I am very proud of

It's a great read.  Come on Disney give the Monkey Island rights to the one man who could bring back the magic of Guybrush Threepwood.