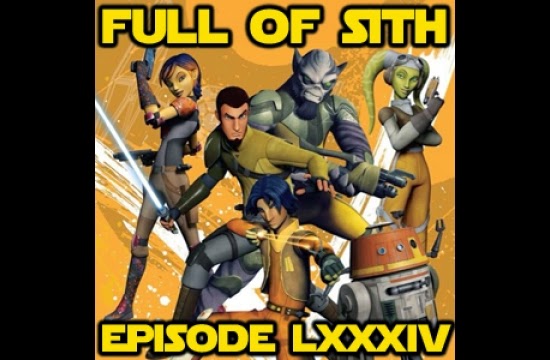 Join your hosts over at Full of Sith as they discuss the newly released story reels from The Clone Wars and also the very first Star Wars Rebels.  Not to be missed.


Episode LXXXIV: The Star Wars Report
Recorded 9/27/14
Bobby, Bryan, and Mike are joined by most important visitors. Riley and Bethany Blanton from the Star Wars Report podcast join the show for this episode to discuss the newly released story reels for The Clone Wars as well as Star Wars: Rebels: Spark of Rebellion!