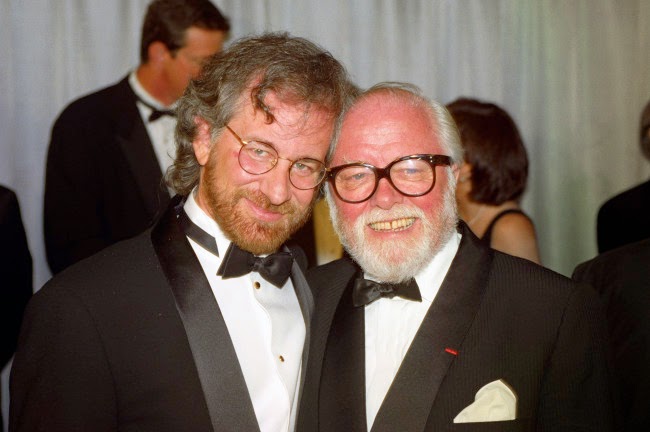 Steven Spielberg who worked with Richard Attenborough on the 1993 smash hit, Jurassic Park paid tribute to the english actor and director who he described as his 'dear friend.'

‘Dickie Attenborough was passionate about everything in his life – family, friends, country and career.

‘He made a gift to the world with his emotional epic Gandhi and he was the perfect ringmaster to bring the dinosaurs back to life as John Hammond in Jurassic Park.

‘He was a dear friend and I am standing in an endless line of those who completely adored him.’