Sir Patrick Stewart Takes On The ALS Ice Bucket Challenge. Gets It Right! 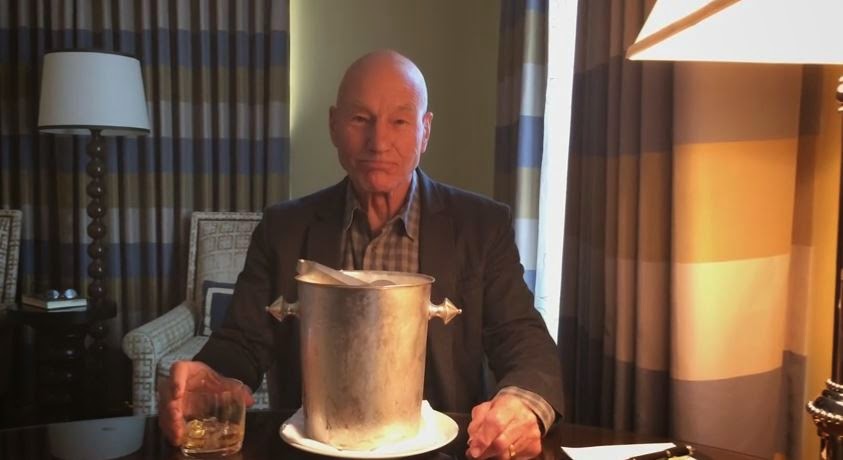 We've seen numerous celebrities take up the ALS Ice Bucket Challenge.  The original idea was to donate money to the ALS Association OR tip a bucket of ice water over yourself.  It seems the challenge has evolved into just pouring water over yourself and donating.

I'm not complaining as it's been entertaining to watch.  But Sir Patrick Stewart has read the rules and just like the Captain he played in Star Trek The Next Generation done things properly by thinking things through first.

In comparison to the other Captain from Star Trek, William Shatner goes in all guns blazing before asking questions.

Khan himself, Benedict Cumberbatch adds a little humour to his challenge which was for MND. Donate to www.justgiving.com/mndassoc (Worldwide)
Text ICED55 (followed by an amount e.g £5) to 70070 (UK only)