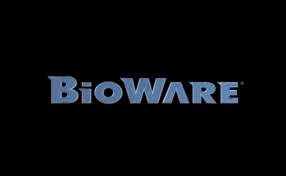 The Star Wars MMO from Lucasarts and Bioware still draws in over 1 million players, EA announced following the game's appearance during a press event attended by Polygon.

In 2012 EA adopted the popular free-to-play model which really helped the game after a less than stellar opening.  EA's Frank Gibeau said the game has grown significantly.

"Since it was induced in November, we've added more than 1.7 million new players on the free model to the service," Gibeau said at the time. "And the number of subscriptions has stabilized at just under half a million.

"The really interesting thing that's happening inside the service right now is monthly average revenue for the game has more than doubled since we introduced the free-to-play option. And as we look forward, we're going to continually invest in new content for the service and for players every six weeks or so."

The company previously confirmed the creation of 2 million new accounts following the launch of the massively multiplayer game's free-to-play option. No new statistics regarding the number of current subscribers for the game is available; However, research firm SuperData notes the BioWare game remains in the top five massively multiplayer releases based on worldwide revenue and is said to be hanging in with $165 million in annual revenue.