Lord Attenborough Has Died At the Age Of 90 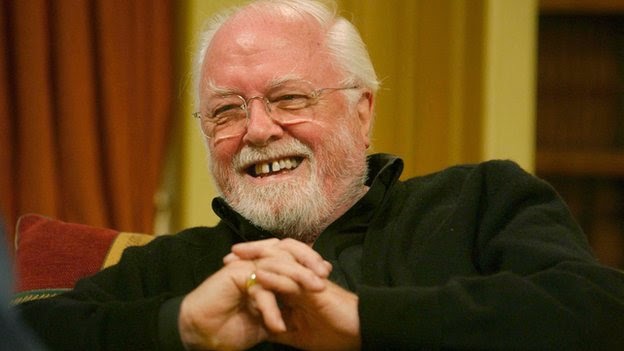 Really sad news tonight as acting legend, Lord Richard Attenborough, star of Steven Spielberg's Jurassic Park has passed away at the age of 90.  The BBC broke the news.

He died at lunchtime on Sunday, his son told BBC News.
Lord Attenborough was one of Britain's leading actors, before becoming a highly successful director.
In a career that spanned six decades, he appeared in films including Brighton Rock, World War Two prisoner of war thriller The Great Escape and later in dinosaur blockbuster Jurassic Park.
As a director he was perhaps best known for Gandhi, which won two Oscars.
Lord Attenborough had been in a nursing home with his wife for a number of years, BBC arts editor Will Gompertz said.
He had also been in a wheelchair since falling down stairs 6 years ago, our correspondent added.
His family is expected to make a full statement tomorrow.