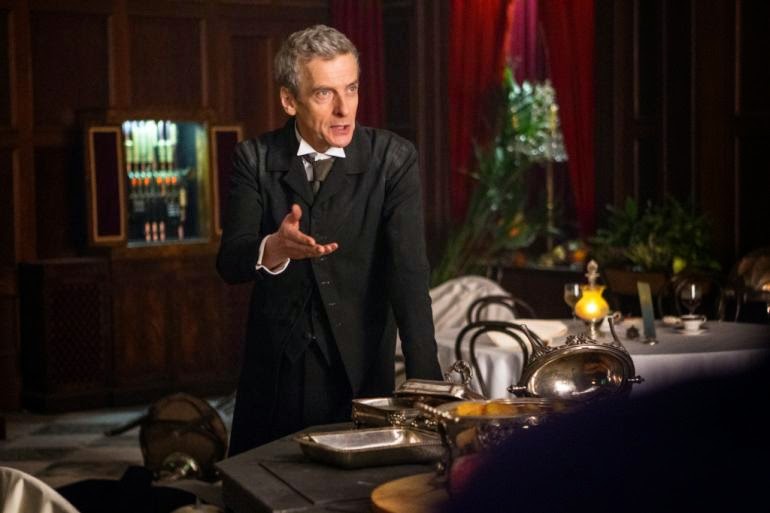 This past weekend saw the long-awaited premiere of series 8 of Doctor Who -- and the highly-anticipated arrival of Peter Capaldi as the latest incarnation of the Doctor.  Those two things combined translated into really big numbers for BBC America!

The Season 8 debut of Doctor Who on BBC America pulled in a record 2.2M viewers on August 23. Also, the Saturday’s 8:15 PM debut of Peter Capaldi as the 12th Doctor in the long-running Time Lord series drew slightly more than 1 million adults 25-54. That’s a big jump from the 1.56M total viewers and 723,000 in the demo who watched the Season 7 premiere back in September 2012 — a record at the time. When added together with the 796,000 total viewers and 352,000 among the 25-54s with the 10 PM series debut of Intruders, August 23 was the channel’s highest-rated Saturday night ever.


In the U.K., the premiere on BBC One was the highest rated opening for Doctor Who since 2010:

The launch was seen by 6.79M viewers according to the overnights. That was worth a 32.5 share. Capaldi’s start lands as the series’ most-watched opener since 2010. The record opener of the modern Doctor Who series was 2005’s debut that starred Christopher Eccleston as the ninth Doctor and drew 9.9M viewers. On the low end of the scale is 2012 with 6.4M.


While some have criticized the plot, Capaldi's performance was widely hailed as "brilliant," "amazing," and "impeccable."  Jenna Coleman, who plays the Doctor's companion Clara Oswald, was also roundly praised for her strong performance.

The second episode - "Into the Dalek" -  airs this Saturday.  The teaser can be seen below.